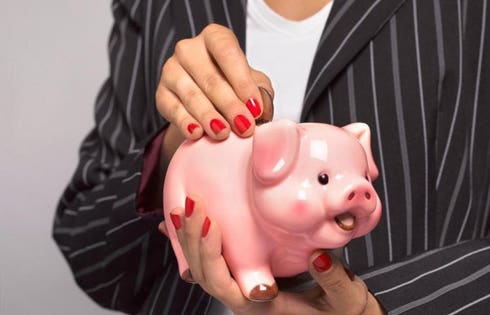 Recently, I “discovered” a new type of REIT that caught my attention. It occupies a sub-, sub-, sub-sector, thought as lost as Atlantis, elusive as unicorns, merely mythological, a tale spun late into night, ‘round the flickering REIT campfire.

But seriously and without hesitation, I’m calling it the “ultimate sleep well at night REIT” – due to its promises of “super safety of principal,” in the form of… ground leases.

Safety Income & Growth (SAFE) is a New York-based REIT that specializes in long-term land leases. The company is externally-managed by iStar (STAR), its largest shareholder. iStar brings more than $35 billion of real estate transactional expertise over the past three decades, and pioneered the market for mezzanine real estate debt in the early 1990s, and early 2000s, iStar identified and capitalized on the mispricing of net leases, which have become one of the largest REIT subtypes.

Here are the key points of ground lease structure:

Tenant leases the land on a triple net lease basis and operates the building for the duration of the lease.

At lease expiration, or upon a tenant default, SAFE continues to own the land, and the title to all improvements thereon reverts to the landlord. Ground leases are often extended throughout the duration of the lease term.

As part of my research into Safety Income, I contacted Jay Sugarman, who has served as chairman and CEO of STAR since October 2016, director since 1996, and CEO since 1997. Before forming STAR and its predecessors, Sugarman managed private investment funds for the Burden family (a branch of the Vanderbilt family) and the Ziff family. Sugarman received his undergraduate degree summa cum laude from Princeton University, where he was nominated for valedictorian and received the Paul Volcker Award in Economics, and his M.B.A. with high distinction from Harvard Business School, graduating as a Baker Scholar and recipient of the school’s academic prizes for both finance and marketing.

Brad Thomas: What differentiates Safety Income & Growth from its REIT peers, and what is your company’s risk-reward value proposition?

Jay Sugarman: SAFE is unlike most REITs in that it primarily owns the land underlying the types of buildings most other REITs invest in. This is why our ground lease investments offer a fundamentally lower risk profile, and can create a unique mix of desirable investment attributes: principal safety (ground leases are considered to be one of the safest positions in real estate), increasing income (ground leases generate inflation-protected income streams that consistently compound over long periods of time) and future growth (by focusing on a market with few competitors that has the potential for significant growth). By comparison, most REITs have the full, “first loss risk” of their real estate and typically have to find investment opportunities in more competitive markets.

Thomas: Can you address the size of the market and how your company intends to grow? Also, what is your geographic exposure and target markets?

Sugarman: We think the ground lease sector could and should make up as much as $500 billion of the $7 trillion institutional quality commercial real estate market in the U.S. It’s a fraction of that size today primarily because the historical ground lease structure has never been modernized and is now incompatible with modern real estate capital markets. In many cases, these old-fashioned ground leases ended up harming the finance ability and value of the building.

We’ve used our 25 years of experience as a lender and owner/operator of real estate to not only come up with an updated ground lease structure that is leasehold-friendly and compatible with modern finance and capital markets, but also to build a customer focused business that helps provide a better, more efficient capital solution that will increase owners’ returns.

What we have seen so far, which has been particularly encouraging, is that once we show how different our new structure and value enhancing approach is, to what they may have experienced with ground leases in the past, our clients are repeatedly coming right back to us to do more deals. The combination of repeat customer business and our increased outreach is helping build momentum and should lead to significant portfolio growth.

In terms of geographic focus, we typically hone in on the top 25-30 metropolitan statistical areas—the NFL cities, if you will. Our current footprint is quickly expanding, with recent deals in Atlanta, Orlando, Miami and Washington D.C., on top of previous deals in Los Angeles, Seattle and San Diego, among others. With a wide-open market opportunity, we are currently focused on expanding our footprint in the U.S. in the near term, but we think our ideas can certainly be applied to most real estate markets globally.

Thomas: What debt metrics is the company targeting?

Sugarman: When we think about the appropriate leverage levels for a ground lease company, we think about the metrics on a look-through basis to the underlying property and at a corporate level. Our ground leases typically represent the senior most 35%-40% of a real estate capital structure, and so our debt sits in an even more senior position. Assuming a 2-to- 1 leverage ratio, the debt would represent approximately 25% of the combined property value, which we think is a very comfortable zone.

Thomas: How about SAFE’s payout ratio?

Sugarman: Our tenants are generally responsible for all expenses at the properties, so once we gain sufficient scale we will seek to pay out close to 100% of adjusted funds from operations (AFFO). As a percentage of net income and FFO, we expect our dividend will represent a much lower payout ratio.

Thomas: What is Safety’s relationship with its external manager iStar?

Sugarman: iStar is both the manager and largest shareholder of Safety Income & Growth and wants to see SAFE grow to its full potential. SAFE needs iStar’s financial support and experience to reach that goal as well. As a result, the management arrangement between iStar and Safety was crafted in a way that would support SAFE’s initial growth and give it the running room it needed to reach scale.

Thomas: What portfolio exposure does SAFE have with Park Hotels?

Sugarman: We have five assets that are leased to Park Hotels under one master lease. The assets are in Seattle, Salt Lake City, Sonoma, San Diego and Durango (Colorado). With a low basis relative to today’s value and a lease with just 18 years remaining, the investment, we believe, represents an attractive opportunity with substantial upside for our shareholders.

Thomas: SAFE’s dividend yield is around 3.5% and the P/AFFO multiple is 29.6x. What is the closest REIT peer for SAFE, and how should we compare the company going forward?

Sugarman: SAFE is relatively unique in the REIT universe , with the best comparison on the yield side probably being TIPS (Treasury Inflation Protected Securities), but the growth potential is comparable to some of the faster growing REIT sectors. If you want to stick to just the REIT world, because our income stream is derived from a fundamentally safer investment position in the real estate, we use the yields of the safest comparable debt of equity REITs as good comparisons to our dividend yield. We compare our portfolio growth to other equity REITs.

My thanks to Jay Sugarman for the conversation; with additional material for this column courtesy of SAFE’s website.

With around $630 million in total assets, Safety Income & Growth (SAFE) flies under the radar of many dedicated investors, yet the REIT has plenty of dry powder (around $300 million assuming a 2x debt/equity target) to get to a billion dollars this year, without the need of some type of equity raise.

SAFE is trading around $18.73 per share with a dividend yield of 3.24%. I know, that may not seem like much of a dividend, but the company invests in the absolute safest part of the real estate: land. Although Safety’s payout ratio is about 94% today (based on AFFO), the forward outlook suggests that the payout ratio will decline to the high 70% range by year-end 2019.

In a research report, Mizuho REITs analyst Richard Anderson said, “we think SAFE could be (literally and figuratively) unearthing an untapped REIT opportunity.” He added, “one can argue that ground leases become increasingly interesting in a higher interest rate environment.”

After talking with Jay Sugarman and taking a close look at SAFE, we initiated a BUY rating. This unique REIT is in the “Other” classification, in our newsletter’s Intelligent REIT Lab. For more fresh REIT insights, in-depth interviews with three more top company CEOs, and my latest recommendations on over 150 publicly-traded REITs, subscribe to Forbes Real Estate Investor – the new October issue is coming Monday – don’t miss out. Click here.)

I do not own shares in SAFE.