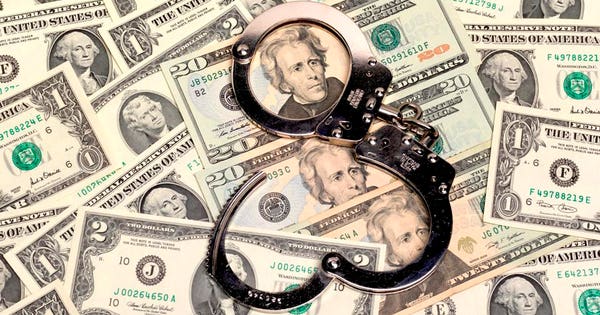 Here’s a nightmare scenario for you: Taxes will double in the next 10 years. If this happens, the result will play hell with your income, both in retirement and before. Is there any way to sidestep such a fate?

Sure, says David McKnight, an affable and articulate fellow whose eponymous Waukesha, Wisconsin, firm trains financial advisors. His strategy, which aims at getting people to the 0% tax bracket, is at the heart of his new book, The Power of Zero. It’s a clever blend of tax and investment planning, involving Roth individual retirement accounts.

Chillingly, he explains why he think taxes will double in coming years—to pay for the ballooning national debt, swollen Social Security and Medicare rolls, etc. For most people, the enormous unfunded liabilities of the federal government, a lot of them linked to the ongoing retirements of the enormous baby boomer generation, is something they don’t want to face.

McKnight likens their clueless attitude to a hilarious Roadrunner cartoon. Wile E. Coyote is so busy in his shack preparing a dynamite trap for his avian nemesis that he doesn’t notice the Roadrunner maneuvering the shack onto railroad tracks. Coyote looks up and through the window sees a locomotive bearing down on him. Instead of fleeing, he pulls the blinds. This does not end well for Looney Tunes’ favorite predator.

Nor will it for investors who don’t take precautionary steps, McKnight warns. His solution to this perceived catastrophe turns on acting on his plan now. While tax rates are low at the moment, thanks to the Trump tax cut, they will spring back to previous levels on Dec. 31, 2025 (unless extended, of course). So McKnight advocates converting your IRAs to Roths before taxes go up.

You have to pay taxes on the IRAs at conversion, he argues, so why not do it before taxes skyrocket? That assumes, certainly, that Congress does nothing to limit Roths in the meantime. Leaving the money in a conventional IRA—which allows you to contribute pre-tax dollars—means that, when you finally withdraw it, you’ll be paying the higher tax rates. With a Roth, you contribute after-tax dollars, and however much the account expands is all yours to keep.

Lots of investors don’t have $200,000 lying around to pay the government. McKnight has a suggestion, which you can put into effect prior to turning 59½. This involves some foresight and planning. According to the obscure Section 72(t) of the tax code, you can take periodic amounts out of the conventional, IRA for five years or until 59½, whichever is longer, with no penalty.

That’s obviously a lot better than paying 80% (once taxes have doubled) on your withdrawals in your retirement years. McKnight has a treasury of such tips, like keeping your withdrawals below the standard deduction—$12,000 for individuals and $24,000 for married couples.

Another suggestion is something called a life insurance retirement plan, or LIRP, which allows you to accumulate savings tax-free, much like a Roth. An added benefit is that a LIRP does not count toward the income level that determines how much tax you pay on your Social Security benefits.

In any event, McKnight demonstrates that tax planning, which most people don’t want to think about, is smart to do way before you have to withdraw funds in retirement.

How Much Has the Pandemic Affected President-elect Biden’s Opportunity to Chart a New Course?
Almost 3 million people fell off the unemployment benefits cliff
Congressional Democrats Want It Made Clear That Insurrection Is Not A Tax Exempt Activity
A Cultural Tax History Of The Three-Martini Lunch
Ask Larry: Can I Take My Social Security’s Widow’s Benefit Before My Retirement Benefit At 70?