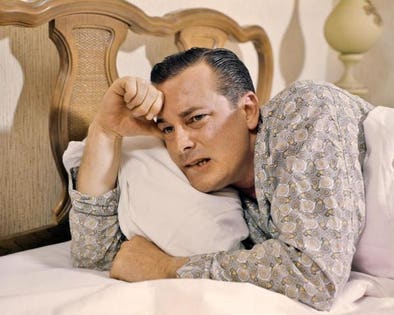 It’s the No. 1 fear that keeps retirees (and near-retirees) pacing the halls at night: that their nest egg will expire before they will!

It’s easy to see why.

After all, many of these folks will need to fund a retirement that’s much longer than their parents’ was: according to the Brookings Institution, nearly one in four men who were 65 in 2015 will live to 90. Women have better odds: over one in three.

That adds up to 25 years (or more!) out of the workforce.

And today’s retirees are clocking out as old retirement-income “go-tos” scrape bottom: the average S&P 500 stock pays out just 1.7% today, near 7-year lows. That’s a pathetic $17,000 in income on a million-dollar portfolio.

CDs and Treasuries? You’re not retiring comfortably on their measly 2.5% to 3% payouts, either!

I’m not writing this to scare you. To be frank, I’m as sick as you are of the fear-mongering you get from advisers these days—especially the dangerous lie that you need at least a million dollars if you want to avoid living on food stamps in old age.

I say it’s dangerous because when most folks hear this, they’re tempted to throw up their hands and surrender. That’s tragic, especially when you consider that there are ways to fund your golden years on far less.

Like my own personal 8-step plan, which lets you hang it up with a $500k nest egg on dividend income alone (or less, depending on your circumstances and where you live).

How will we do it?

We’ll start by diving into stocks that pay a lot more than overhyped S&P 500 names do. We’ll also stare down another common blunder: ignoring the income-building power of dividend growth.

To see what I mean, let’s look at the first of 2 great retirement buys I want to show you today. Then I’ll reveal 2 other investor favs that are “yield traps” set to spring.

National Health Investors is a terrific play on one of the 4 unstoppable investment megatrends I wrote you about in August: the retirement of the baby boomers, 10,000 of which are turning 65 every day.

NHI is a real estate investment trust (REIT) that finances seniors’ housing facilities. As I write, its portfolio consists of 229 residences, skilled nursing facilities and medical centers across 33 states.

In other words, with NHI, you can use other people’s retirements to fund yours!

And the trust is already benefiting from America’s graying population, with normalized per-share funds from operations (FFO, a better measure of REIT performance than earnings) blowing past the industry average over the long haul.

Here’s where that dividend-growth error I was talking about comes in: NHI pays a 5.4% current yield, which is already more than triple the S&P 500 average. But the REIT goes one better, handing its rising tide of FFO back to us through a payout that’s skyrocketing, having nearly doubled in the last decade!

Don’t let that dip in 2012 throw you—it was a one-time $0.22 special dividend. The takeaway is this: if you’d bought NHI 10 years ago, you’d be yielding an amazing 12.1% on your original buy today. (Remember, you calculate the yield on your investment by dividing the current yearly dividend into the purchase price.)

And no, that doesn’t mean you’ve missed the boat: NHI’s FFO continues to soar (up 6.8% in the second quarter) and its payout ratio sits at 78%, low for a REIT with steady income like NHI, so this payout can only go up from here.

Lastly, here’s what really powers our opportunity: thanks to the overhyped (and dead wrong) fear that rising rates hurt REITs, you can get this high—and growing—dividend cheap: just 15.1 times FFO.

With most “popular kids” on the S&P 500 trading at nosebleed levels, your next move is obvious: buy NHI before the dividend (and share price) race away from us.

Retirement Star No. 2: An 8% Dividend From JPMorgan

Let’s keep steering away from the popular names with a little-known fund that ticks off two or our retirement must-haves:

I’m talking about the Nuveen Preferred & Income Opportunities Fund, a fund that focuses, as the name suggests, on preferred stocks.

If you’re unfamiliar with preferreds, you’re not alone—most folks have no idea they even exist. But they’re terrific for retirement portfolios, wonderful hybrids that offer aspects of both stocks and bonds. They can trade on an exchange, just like stocks, but trade around a par value and dole out a set regular payment, like a bond.

One thing I will say here is that due to the time and research involved in this corner of the market, we’re best to invest in preferreds through an actively managed fund like JPC and put the pros in charge.

That not only saves us time and money but delivers superior returns, too. Look at how the top-notch trio running JPC (all CFA charterholders) has demolished the benchmark iShares Preferred Stock ETFF) since inception!

If your portfolio is light on financial names, JPC should be especially high on your list, as banks are the main issuers of preferreds.

This leaves us with an obvious question: With the top 5 holdings here paying just 2.1%, on average, on their common stocks, why would you buy those when you could grab JPC and get the same banks, a dividend that’s 4 times bigger and 3 proven market pros at the helm, too?

The answer? There’s just no reason to buy these banks’ regular stocks individually. So give them a miss and start tapping JPC’s “preferred” dividend today.

And a Pair of “Yield Traps” You Must Sell Now

Before I leave you, we need to talk about 2 popular names you might be tempted to jump on now, but doing so is asking for a shriveled income stream and a big hit to your nest egg, too.

Those would be Tupperware Brands and L Brands, payers of sky-high 8.1% and 7.9% dividends today. But those high yields are the result of one thing: collapsed share prices!

This nosedive has TUP and LB trading at “cheap” forward P/E ratios of 7.8 and 11.9, respectively. But don’t go anywhere these 2 dogs now, because they’re about to get a whole lot cheaper!

The likely trigger for their next collapse? A nasty dividend cut.

There’s simply no way a company can maintain a dividend when its free cash flow (FCF) has plummeted so far so quickly. The cash crunch has already left TUP paying out a lot more in dividends than it brings in as FCF!

A turnaround is off the table, because unlike our top dividend star, NHI, the trends are running away from TUP and LB.

The strong US dollar, for example, is sideswiping TUP (74% of sales came from overseas in Q2). And I don’t know about you, but I don’t know how its business model—3 million commission-based “consultants” who hold Tupperware parties—can hold up when you can buy similar products from, say, Amazon.com.

That’s the same problem plaguing L Brands, owner of the old-school Victoria’s Secret lingerie chain. It’s getting squeezed by both Amazon and trendy new brands like Aerie, from American Eagle Outfitters. If I’m forced to choose between L Brands and Jeff Bezos, I know which one I’d choose. Stay away.

TurboTax offers free tool to help Americans who don’t file taxes get stimulus payments
Treasury Now Will Send Coronavirus Payments To Social Security Beneficiaries Without Income Tax Returns. That May Be Bad News For Many.
IRS warns of coronavirus-related tax scams
You might have a tax shelter and not know it. Coronavirus could make matters worse
Here’s a great home-school idea: Teach your kids about money