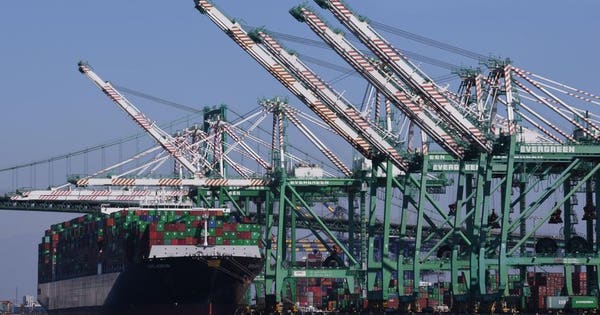 America’s tariffs have begun to have an impact on China’s trade policies.

Last Sunday, Beijing announced that it will lower tariffs on 1585 products. The policy will take effect on November 1, and it will bring overall tariffs level down to 7.5% from 9.8% last year. The goods covered include textile products, metals, minerals, machinery and electrical equipment, most of which have been the target of US tariffs.

The new tariff reduction came a few months after China cut tariffs on most imported medicines, vehicles and auto parts.

“China is beginning to blink in this new war on commerce…but more for political reasons than economic ones,” says Jean-Francois Fiorina, Vice Dean,Grenoble Ecole de Management. “China’s long-term vision has been to dominate the world and their plan combines economic, political and military steps.”

While it’s unclear whether the new tariff reduction will apply to all imports or just to the non-US imports, the policy is good news for Chinese consumers, according to Renee Mu, a currency analyst for Daily FX. “It will provide alternatives for Chinese domestic consumers, and reducing the risk of a sharp increase in goods driven by the US-China trade war,” says Mu.

Meanwhile, opening China up to foreign products and competition could take the Chinese economy into a wild ride.

That’s what happened to Japan back in the 1980s following the Plaza Accord on September 22, 1985, which signaled the opening of its markets to foreign products and competition. The Japanese economy went on a roller-coaster ride before sliding into a prolonged stagnation that has lasted to this day. Once a serious contender for world leadership, Japan is now counting one lost decade after the other.

Still, the opening up of Chinese markets to competition could help break the real estate bubble and make home-buying affordable for younger generations.

Affordable housing is an important factor for family formation and consumer spending, which could help China transition from an export driven to domestic driven economy. And make the transition from a production-center to a consumer-centered economy.

Gallery: Top Colleges That Are Generous To International Students

Jim Chanos says beware the ‘virus stocks’ like Peloton, Zoom benefiting temporarily from lockdowns
The CARES Act Provided Important Relief For The Coronavirus Economy, But What Should Phase 4 Look Like?
Students give public colleges a second look amid coronavirus
When will the money arrive? Here are answers to your questions about the coronavirus stimulus checks
Investors can do some buying as markets are ‘a lot cheaper,’ but key is moderation, says billionaire investor Howard Marks