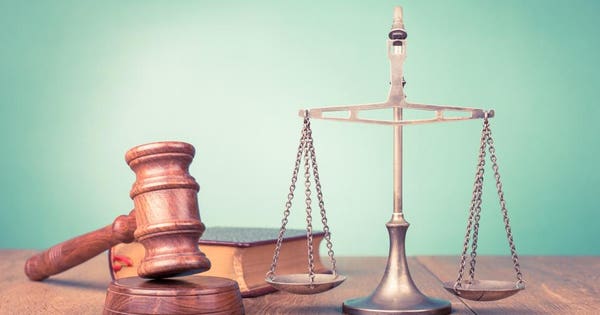 Joan Farr, C.E.O. and founder of the Association for Honest Attorneys (A.H,A!), and I agree on one thing.  She got a really raw deal, which was confirmed by the Tenth Circuit earlier this month. We differ in our analysis.  I have been covering her travails and those of A.H.A! for a couple of years and she thinks that my treatment has not been entirely fair.  Here is the statement that she provided me on what went on it the case  If you want to be thorough this is her complaint as it appears in the record, the government brief and her response to the government brief as it appears in the record.  Those reference are important, because I have no confidence that I will be able to express her point of view in a way that she will agree is accurate, so refer to her statement to get her point of view.

As noted, I think that Ms. Farr got a raw deal .  As outlined in the Tax Court decision, she was taxed under Section 4958 for excess benefit transactions because of expenses deemed to be personal run through the A.H.A.! checking accounts in 2010, 2011 and 2012.  All in the expenses amounted to just under $40,000.  The excess benefit tax that she is being hit with is almost $89,000.  She is charged the 25% willful rate rather than the 10%”oopsies rate” on the first tier and the 200% second tier for not fixing things by paying the money back like President Trump did with the Trump Foundation.

Ms. Farr argues that the payments were repayments of loans that she had made to A.H.A! and also, possibly, payments for the services rendered since the inception of A.H.A!.  I tend to believe that she has actually taken less money out of A.H.A.! than she put in.  Of course if some of the payments were compensation rather than loan repayments, there would be income tax issues to consider, but that would not be nearly as onerous as the 225% excise tax.

Ms. Farr thinks this is all persecution of her for her Christian and Tea Party style views. She closes her response brief with:

Wherefore, appellant respectfully request that this Court rule in her favor and stop this nonsense of conspiracy/collusion of targeting Tea Party groups.

Then there is the fact that the A.H.A! has pretty much concluded that there are no honest attorneys, which caused Lew Taishoff to lament back in 2015 that he had not been invited to join.

Now how it is that A.H.A.! was selected for audit is something that I don’t have a clue about.  It is kind of “Why them? Why anybody?”.  The selection for audit is the only opening I see for conspiracy.  Once there was an audit, it is pretty clear that all the problems were entirely of Ms. Farr and the A.H.A.! board’s making.  Revenue agents are accountants.  And the underlying problem of A.H.A.! was an accounting problem,  The accounting problem seems to be that there pretty much wasn’t any.

Accounting Would Have Helped

Taking Ms. Farr at her word, which I do, the various payments to Walmart, Dillard’s and Kohl’s and the like to the extent they were not for A.H.A.! purposes were actually repayments of funds that she had advanced to A.H.A.!. Here is what I have to say about doing something like that.  Don’t do it.  Just don’t.  Reilly’s Fourth Law of Tax Planning – Execution isn’t everything but it’s a lot.

I’ve been an accountant for nearly 40 years and early in my career, I spent a lot of time reclassifying disbursements or receipts and setting up Due To/Due From account to clean up payments that had been made by the wrong entity and I heard about people kind of shifting income around by booking “management fees” when the profits did not show up where they were supposed to.  Accountants believe that their journal entries have great efficacy.  In the latter half of my career I was unfortunate enough to be involved in some litigation and more to the point read a very large number of tax decisions.  One of the strongest lessons I have learned from that is that the entries of accountants often only impress the accountants that make them.  So I have been pretty fanatical about insisting that transaction trails follow agreements and reflect the entities involved even though that can be a little inconvenient.

I strive to avoid a situation in which there might be a car payment made by a corporation that doesn’t own a car and I have to tell a long story about how actually it was a repayment of a loan from a partnership, and one of the partners is a trust, and we are considering the payment a distribution by the trust to a beneficiary who is making a gift to the person who actually owns the car.  Assuming the agent follows along this merry trail and buys it, if she is the agent from hell (AFH) she might take an interest in some or all of the other players.

Of course, Ms. Farr did not even have the benefit of an accountant reclassifying.  There actually wasn’t even any classifying going as there were no books.  The thinking was that since there was no 990 required because of low receipts, there was no need for a set of books.  The evidence that was submitted is some notes that I find kind of convincing, but I am real easygoing.  She got no sympathy from the Tax Court and none from Judge McKay in the Tenth Circuit.

On appeal, Farr advances no cogent argument with record support showing that the Tax Court erred in determining that she engaged in excess benefit transactions with AHA. Rather, she accuses the Tax Court and the Commissioner of, among other things, “engag[ing] in unethical acts and … conspiracy/collusion, fraud and intentional fraud, and tort of outrage.”  Although we liberally construe a pro se litigant’s filings, we nevertheless require a pro se litigant to provide “succinct, clear and accurate” arguments, together “with citations to the authorities and parts of the record on which [she] relies.” . This, Farr has not done. It is not our role to “serv[e] as the litigant’s attorney in constructing arguments and searching the record.” . Thus, her bald assertions of fraud/conspiracy are insufficient to invoke appellate review. See id. (holding that a pro se litigant forfeits appellate review by advancing arguments that are scurrilous instead of substantive).

To the extent Farr has complied with her briefing obligations by complaining that the Tax Court did not appoint counsel for her and would not let her plead the Fifth Amendment, we note that there is no “right to counsel in a Tax Court proceeding,”  and the privilege against self-incrimination “cannot [be] invoke[d] in a Tax Court case to satisfy [the taxpayer’s] burden of proving that the government miscalculated h[er] tax deficiency,”  (“[t]he taxpayer carries the burden of proving [that] the Commissioner’s assessment is incorrect”).

Ironically, Ms. Farr made an error that is commonly made by attorneys representing themselves in Tax Court, including the great F. Lee Bailey. She did not appreciate that in the Tax Court the IRS starts out with the presumption of correctness.  It is not a prosecutor in the US v Farr, who has to make a case against her.  It is Joan Farr, the Petitioner against the Commissioner, the Respondent.

I don’t know if she could have won this case, but what might have won would have been to have an accountant create a general ledger showing the transactions of A.H.A! that supported the loan argument.  Bringing up the interminable IRS Scandal and the sins of Lois Lerner was not useful.

There are a couple of lessons here and one observation about troubles to come.  First lesson.  If you are running a not-for-profit, keep good books.  Get an accountant involved in your organization.  I’m surprised A.H.A.! could not find a volunteer.  Second lesson, as noted above but it bears repeating – Don’t take shortcuts.  Have separate transactions for each step.  If A.H.A.! owed Joan Farr money, it should cut a check to her clearly designated as a loan repayment and debited to a loan account that had a credit balance. Then she can cash the check and have a blast at Walmart or wherever.

Finally, an observation on the sad fallout from the interminable IRS scandal.  With the budget cuts and general demoralization,  audit rates are down.  Compliance is going to erode and more and more sloppiness and outright shenanigans are going to go undetected.  Audits serve an educational function.  At Lu Gauthier’s Boston Tax Institute seminars, grizzled veterans will compare notes.  Old hands will tell youngsters about things that clients get tripped up on – cautionary tales.  There will be fewer of those in the next few years.  Perhaps more significantly, anybody who does get audited will more likely think that they have been targeted as they get raked over the coals for practices that they know are commonplace.

At any rate, I really wish Ms. Farr well, although I don’t know how this can possibly go well for her.  I doubt that her appeal to the Supreme Court will do really well, which will leave her dealing with IRS collections.  That is not likely to go well either.  As noted, she sees things differently than I do, so if you want to be fair you can read her statement.  Her final note to me was:

I know you don’t believe conspiracy theories, but I think career politicians directed the IRS in my case. Spoke out about them way too much in our quarterly news updates over the years and ran against two of them in 2010 & 2014, so this is retaliation under the First Amendment. Evidence I tried to submit that we were being targeted as a Tea Party group included an online article from May 2013 where the IRS admitted to doing this, Lois Lerner situation, etc.

Editor’s Note: This was a “bad facts” case for the taxpayer. She did not follow normal accounting procedures to set up a budget for the nonprofit and to also take a salary. This case is a warning to leaders of both public and private foundations to guard against direct payments for personal expenses of officers or their families. The first and second tier excess benefit taxes under Sec. 4958 can be very substantial.

Law 360 which I generally don’t cite because it is behind a registration screen has an unfair headline – Leader of Honest Attorney Wasn’t. That is wrong in more ways than one.

UCLA has exactly what Hocking has, so I guess that is a service.

Lew Taishoff did not report separately on the decision, but he did update his post on the Tax Court decision.

These Medicare changes may be included in the next coronavirus relief package
Will COVID-19 Cause A Decline In Property Taxes?
Warren Buffett giving away another $2.9 billion, bringing total donations since 2006 to $37 billion
IRS Is Trying To Deanonymize Privacy Coins Like Monero And Zcash
‘Medigap’ insurance covers some Medicare costs. How to choose a plan that’s right for you