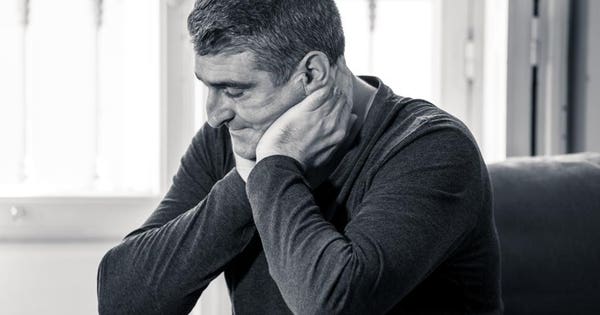 Deciding when to retire is a big deal.  There are a host of things to consider and trying to get everything dialed in can feel overwhelming.  There are Social Security decisions, pension options, health care costs, the need to replace your income without eating up too much principal, and the list goes on.  For some people it can be downright paralyzing and cause them to constantly change their retirement date, which can be frustrating to those closest to them.

A few years ago, I had a meeting with a guy who was a controller for a mid-sized company. In other words, he’s one of the company’s primary financial managers and answers directly to the COO. His wife made him come in because he has been thinking about retirement for three years but never pulls the trigger.  She was sick of his on again off again retirement plan and so she brought him to me.

It was an interesting conversation because I knew he was a numbers guy and so after our initial discussion and review of their documents I said, “I know you’ve already run your numbers, so what did they say.”

At first, he looked surprised that I knew his little secret, so he glanced over to his wife to check and see if she had squealed him out, but her glance back said, ‘This is on you buddy, I’m sick of hearing about it, so tell him.’

Cautiously he muttered, “Well… I did run some numbers.”

Of course, I’m thinking, “No kidding, I have never met another financial guy who didn’t run the numbers before coming in.”

He continued on, “Well one program said I had a 98% success rate.”

So, I smiled and said, “That’s great…so why you are still hesitant to retire?”

He didn’t have an answer.  In fact, he just slumped in his chair.

So, I shared, “It’s okay and you’re not the first person to sit in my office and struggle with such an important decision. The problem is that you are trying to make one of the biggest decisions in your life based on money alone and that will never give you the answer you want or need.  In fact, it is one of the best ways to make sure you will fail at it.”

It’s hard to describe how most people take a statement like that, but it’s similar to finding out there is no such thing as Santa Claus. People spend 30-40 years being brainwashed to believe that retirement is all about money.  Then they get there and someone like me tells them, “You’ve got it all wrong and need to go about it in a different way.”

The reality is that there are five aspects to a successful transition from work life to home life.  A truly comprehensive retirement plan needs to consider the 1) Mental, 2) Social, 3) Physical, 4) Spiritual and 5) Financial aspects of life after work.  Only then can someone make an informed decision.  It’s something I’ve written about for years and even developed a professional training program around it.

To illustrate my point, take a moment to think of someone who you consider to be a successful retiree.  What makes them good at retirement?  In most cases they have found a way to replace their work identity, fill their time with meaningful tasks, stay connected and relevant, keep mentally fit and physically active, express their spiritual beliefs, and feel financially secure.

The more of these things that a person can check off, the better they will feel about their transition.  Those who flop or struggle with the transition may be able to check off feeling financially secure, but without the other pieces in place, they will have a major gap between how they thought retirement would be and how it actually is.

The problem is, traditional retirement planning is backwards.  Everyone jumps to the money piece and assumes they can figure the other stuff out as they go.  But that’s not the case.  Going through a process to develop a written plan for the other non-financial things actually reduces the anxiety associated with money and retirement.  This happens because, for the first-time, people are encouraged to think beyond money and possessions, and instead focus on what’s going on in their hearts and minds.

When you remove the money, you find out what’s really going on with people and what will make their lives truly meaningful. And that’s what retirement planning should truly look and feel like.  It should address the non-financial aspects first because once it’s done, it makes it a lot easier for the money stuff to fall into place.

It’s a new integrated model or retirement planning that I call Wellth Management because it focuses on an individual first and their overall well-being before jumping to the money.