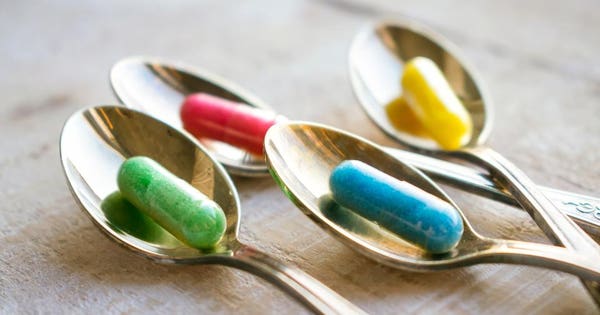 Older male doctors in the South and in rural western states are prescribing the most sedatives and opioids to seniors, according to a new University of Michigan (U-M) study. And those receiving the drugs are more often than not less educated, from areas with lower incomes, and at higher risk for suicide. States with the highest intensity of prescribing were Alabama, Tennessee, West Virginia, Florida and Louisiana.

Despite years of warnings that older adults shouldn’t take benzodiazepines—such as Xanax, Ativan and Valium—for safety reasons, the study revealed that primary care doctors are still prescribing them, how often and where the practice is most prevalent. Opioid painkillers and benzodiazepines are two of the most frequently abused prescription drugs in the world.

In the study, researchers mapped out benzodiazepine prescribing county-by-county across the nation. They found that while there is wide variation in prescriptions of the drugs, some counties, especially in the Deep South and rural western states, had three times the level of sedative prescribing as those with the lowest levels.

Published in the Journal of General Internal Medicine, the study found that some primary care doctors prescribed sedatives at a rate more than six times that of their peers, and that those who were top prescribers tended to also be high-intensity prescribers of opioid painkillers.

Donovan Maust, M.D., M.Sc., a geriatric psychiatrist from the University of Michigan—Ann Arbor, said the research suggests older adults are being medicated for their distress, but that the practice may shorten their lives. “Taken all together, our findings suggest that primary care providers may be prescribing benzodiazepines to medicate distress,” said Maust, who led the study with a team from U-M and the University of Pennsylvania. “And since these drugs increase major health risks, especially when taken with opioid painkillers, it’s quite possible that benzodiazepine prescribing may contribute to the shortened life expectancies that others have observed in residents of these areas.”

The researchers say this ‘polypharmacy’ of drugs that act on the central nervous system and are most commonly used for anxiety, sleep and behavior issues, is concerning because of the unique risks it poses to older adults. Combining such medications can put seniors at higher risk for falls as well as create problems with driving, memory and thinking.

The U.S. Food and Drug Administration (FDA) in 2016 issued its strongest possible warning against the combined use of opioid medicines with benzodiazepines or other drugs that depress the central nervous system (CNS). The FDA said it has resulted in serious side effects, including slowed or difficult breathing and death. “Opioids are used to treat pain and cough; benzodiazepines are used to treat anxiety, insomnia and seizures. In an effort to decrease the use of opioids and benzodiazepines, or opioids and other CNS depressants, together, we are adding Boxed Warnings, our strongest warnings, to the drug labeling of prescription opioid pain and prescription opioid cough medicines, and benzodiazepines.”

At the time, the FDA recommended health care professionals limit prescribing opioid pain medicines with benzodiazepines or other CNS depressants only to patients for whom alternative treatment options are inadequate. They said if the medicines must be prescribed together, limit the dosages and duration of each drug and warn patients and caregivers about the risks of slowed or difficult breathing and/or sedation.

The 2017 report by U-M and VA Ann Arbor Healthcare System detailed findings from the Centers for Disease Control and Prevention (CDC) data of the National Ambulatory Medical Care Survey from a representative sample of doctors’ offices between 2004 and 2013.

“While only 0.6 percent of doctor visits by people older than 65 involved three or more drugs affecting the central nervous system in 2004, the number had risen to 1.4 percent in 2013,” the report stated. “Applying that percentage nationwide means 3.68 million doctor visits a year involve seniors taking three or more such drugs.”

“The rise we saw in these data may reflect the increased willingness of seniors to seek help and accept medication for mental health conditions — but it’s also concerning because of the risks of combining these medications,” Maust, the study’s lead author, said.

The current study on prescribing trends is based on data about all prescriptions written in 2015 by primary care providers for patients in the Medicare Part D prescription drug program. Researchers combined that information with county-level health and socioeconomic data from the County Health Rankings project, a collaboration between the Robert Wood Johnson Foundation and the University of Wisconsin Population Health Institute with the objective of learning about how health is influenced by where we live, learn, work and play. It measures vital health factors, including high school graduation rates, obesity, smoking, unemployment, access to healthy foods, the quality of air and water, income inequality and teen births in nearly every county in America.

According to Lead Study Author Maust, in the single year studied, the 122,054 primary care providers included in the study prescribed 728 million days’ worth of benzodiazepines to their patients, at a cost of $200 million.

High sedative prescription intensity was also associated at the county level with more days of poor mental health, a higher proportion of disability-eligible Medicare beneficiaries, and a higher suicide rate, the study found.

Benzodiazepines are often prescribed to help with anxiety or insomnia, though several studies by Maust and others have held that patients being prescribed the drugs often don’t have a formal diagnosis of either.  The study found that primary care doctors, rather than psychiatrists, wrote 62 percent of all benzodiazepine prescriptions, a fact that offers more evidence that older adults are much less likely than younger adults to see a psychiatrist.

Kara Gavin of the U-M Institute for Healthcare Policy and Innovation (IHPI) said benzodiazepines as a class are the second-most common group of drugs associated with medication-related overdose deaths, right behind opioid painkillers, and are on the American Geriatric Society’s list of prescription drugs that people over age 65 should avoid, “although their short-term use in treating anxiety or insomnia that haven’t responded to other options is still considered acceptable.”

Maust also found that female primary care providers were less likely to be high-intensity benzodiazepine prescribers. And the longer a physician had been in practice, the higher their chance of being a high-intensity prescriber was found to be.

Physicians with more white patients and patients who received Extra Help payments available to low-income, low-resource patients under Part D of Medicare were also more likely to be high-intensity sedative prescribers, according to the study.

Gavin said researchers were unable to see information down to the patient-level in the available Medicare data, so they couldn’t look at what conditions patients were listed as having, other clinical findings, or the patients’ individual social and economic status.

The study was funded by the National Institutes of Health (NIH), the American Federation for Aging Research, the John A. Hartford Foundation and the Atlantic Philanthropies.

TurboTax offers free tool to help Americans who don’t file taxes get stimulus payments
Coronavirus sick leave: Who can’t count on getting paid
Everything you need to know about your student loans amid the coronavirus pandemic
You might have a tax shelter and not know it. Coronavirus could make matters worse
FAQ on Federal Coronavirus Relief Bill (CARES Act)