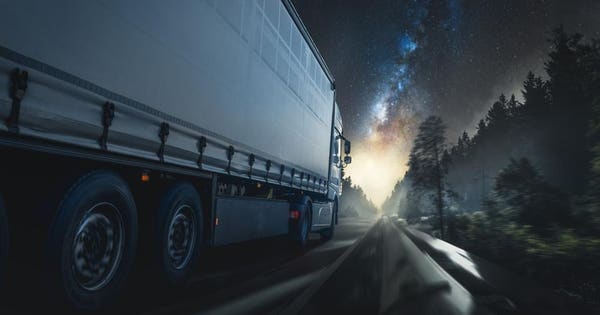 Yes, I’m sorry to disappoint readers who place their hopes in this proposal, but – well, no.  Otherwise I would have titled this “Congress Must Act Now To Pass The Butch Lewis Act To Save Multiemployer Pensions,” right?

To back up:  the Butch Lewis Act is the Teamsters’ preferred solution to the solvency crisis that Central States and other multiemployer plans are facing, though they state that they’ll support “any legislative solution that protects participants’ benefits.”  This bill, introduced in both the House and Senate, involves establishing an entity called the Pension Rehabilitation Administration which would aid plans by providing loans to troubled multiemployer plans.  The bill’s supporters assert that the bill is a win, that it will avoid any cuts to retirees’ pensions, and that its cost will be a modest $34 billion over 10 years.  The CBO, however, has not made public any cost estimate beyond an initial $100 billion-plus estimate in July 2018.

The Center for Retirement Research reported on an early version of this bill that it would function like a Pension Obligation Bond, and, even just reading that term, I suspect readers can picture my blood pressure skyrocketing, given my prior articles (here and here) on the topic, even if their own stays stable.  The Central States plan, and other troubled multi-employer plans, in their reporting, would have access to low-interest (1%) loans in the amount of their retiree liability, would pay interest on those loans for 29 years, and then repay the full loan amount in year 30.  The CRR modeled the outcome of this program and concluded that if the plan borrowed an amount equal to the present value of its retiree benefit liability, on an expected-return valuation interest rate basis of 7.5%, and if the plan actually earns 7.45% of more in annual asset returns over the 30 year period, it can repay the loan and remain fully funded.  In order to lower the annual asset return required to 6.3%, the plan would have to borrow more money, by calculating the retiree liability more conservatively.

As you can imagine, a plan which relies on asset managers coming out ahead by profiting from investment income greater than the (subsidized) interest due is not going to win the “Jane the Actuary” stamp of approval.  It is, to be sure, in the very nature of pension funds to invest in the market, knowing that on average, investment returns will make the risk worthwhile, though, ironically, traditional company-sponsored pension plans are increasingly choosing to reduce their risk.  But to turn the investing into a profit-seeking endeavor to build up profits from government loans is another matter altogether.

However, the existing form of the Butch Lewis bill is more complex than this; it actually requires that all loan proceeds be invested in either annuities for retirees or in fix income investments (government or corporate bonds) which are “duration-matched” to the retirees’ liabilities.  “Duration matching” means that the expected length of the payout period (based on the retirees’ life expectancy) is matched up with the payment periods of the bonds.  The bill also permits an alternate investment portfolio but it must have a “similar risk profile.”

So, on the one hand, this is an improvement — there’s no attempt to maximize returns rather than investing prudently.  On the other hand, it makes it harder to wrap your head around how these plans come out ahead and manage to pay off their loans, or even visualize the long-term impact of this proposal in general.  Fortunately, the team at the Pension Analytics Group have done an analysis using their Multiemployer Pension Simulation Model, based on stochastic analysis (that is, randomized simulations of different outcomes in terms of asset returns, interest rates, and so on from year to year, rather than one single calculation of average outcomes).

Here are their findings:

Why doesn’t the BLA provide more of a lifeline than these calculations predict?  The fundamental idea is to allow these plans to buy time until they can build up more assets due to future contributions.  But so many of the troubled plans have so few active employees relative to their retired workers that there simply isn’t the ability to increase contribution levels substantially.

Finally, the bills supporters emphasize that these are loans, not bailouts, but there’s fine print:

If a plan is unable to make any payment on a loan under this section when due, the Pension Rehabilitation Administration shall negotiate with the plan sponsor revised terms for repayment reflecting the plan’s ability to make payments, which may include installment payments over a reasonable period and, if the Pension Rehabilitation Administration deems necessary to avoid any suspension of the accrued benefits of participants, forgiveness of a portion of the loan principal.

(This is further detailed at the the Heritage website, which, to be fair, mixes proposal details with its own polemic.)

So I wish I had better news.  But the promise of the Butch Lewis Act, that the crisis can be solved without benefit cuts or bail-outs, is simply too good to be true.

What, then, is the solution?  That’s the topic of a future article.

Third in a series.  Please read my prior articles on multi-employer plans here:

Wisconsin Considers Standard Deduction Increase, TPP Tax Reduction
What Do The Sanders-Biden Fights Over Protecting Social Security Mean?
How Controlled Foreign Corporation Rules Look Around the World: Germany
Leon Cooperman says the market has become too pessimistic on energy stocks, too euphoric on Tesla
Goldman Sachs decided to pass on E-Trade before Morgan Stanley snatched it up, sources say