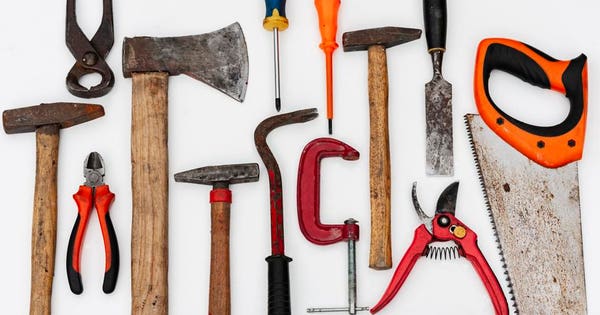 Astute (and somewhat nerdy) readers of yesterday’s article will have noticed that I pretty much ignored the issue of using investment return as the valuation interest rate for evaluating funded status and calculating contributions.  This was not a mistake, nor was I giving multi-employer plans a pass that I haven’t been willing to do for public plans.  But I intentionally deferred this issue to today because it really requires providing a fair bit more background information and actuary-splaining to get tomy point, which is this:

It’s really quite OK for a plan to use investment return-based interest rate IF it has built-in adjustment mechanisms and IF plan participants (as determined by their representatives) knowingly take this level of risk fully accepting that benefits could be cut in the future.

Unfortunately, that’s not how Congressional mandates on multi-employer plans work.  And those plans, however many poor decisions they themselves may also have made, were also playing the hand they were dealt by that legislation.

Are you ready for the actuary-splaining?

Congress mandates key components of pension funding — namely, minimum required and maximum allowable contributions.  In my first article on the topic I lamented that until the Pension Protection Act of 2006 (PPA), multi-employer plans were prohibited from making contributions to the plan if it was already deemed fully-funded on an expected investment return-based actuarial valuation rate.   Whether or not those plans would have actually prudently built up an overfunding as a cushion for future market downturns, the fact remains that they were denied the opportunity to do so by legislation until 2006 (by which time it was too late for today’s troubled plans).

But there’s a second Fatal Flaw.  Before I get to it, though, I need to fill in some context, on what the law actually says about how multi-employer plans are to be funded, or, specifically, the minimum required contributions.

Up until the Pension Protection Act of 2006 (PPA), single-employer and multi-employer plan’s funding rules were nearly the same – except that the full funding limitation was relaxed only for single-employer plans.  But after the PPA, rules for single-employer plans were wholly revised, and now require that employers use a corporate bond rate as published by the government in their actuarial valuations.  Companies have no choice in the matter, and rates vary among plans only to the extent that their populations are relatively older or younger.

Multi-employer plans are different; the plan determines its investment strategy and its long-term expected investment return, and this is the rate used to calculate plan liabilities.  Then, the baseline contribution is set at the plan’s “normal cost” (the value of the plan participants’ added benefits accrued over the coming year) as well as 15-year amortization amounts to “pay for” increases in liability/decreases in funding level due to benefit increases, assumption changes, or experience losses (asset losses, participants living longer than anticipated, etc.) or to take credit for decreases in liability due to assumption changes or experiences losses in the opposite direction.

At the same time, plans measure their overall funding status (assets divided by liabilities).  If a plan is funded at less than an 80% level (that is, assets cover less than 80% of liabilities), they are required to develop a Funding Improvement Plan.  The PPA doesn’t prescribe exactly what this looks like, just that it has to be approved by the government as able to get the plan up to better funded levels.  And then plans have to negotiate higher contributions from their employers, or seek waivers by saying this will cause financial hardship, or a whole laundry-list of other complications.

And, again, all of this is the minimum required contribution, and (at least since 2006) plans can now exceed these levels by a significant amount, but this still sets norms.

And it makes sense – but only in an alternate universe in which companies are stable and plans have consistent levels of participants year-in and year-out, and any market losses one year can be made up for the next.

In the actual circumstances Central States and similar plans have faced?  Not so much.

Again, recall that in the article in which I kicked off this topic, I shared that certain Dutch multi-employer-ish pensions were faced with being obliged to cut their pension benefits if they couldn’t bring their funding back up to an overfunded status.

In the U.S., until 2014, multi-employer plans were not permitted to reduce benefits, being bound by the same anti-cutback laws as single employer plans.  In theory, the Multiemployer Pension Reform Act of 2014 (much belatedly) changed this, and permitted cut-backs to help plans get back on track if they had unwittingly (or wittingly) overpromised benefits relative to what employer contributions were actually able to fund.  But here’s what’s important to understand:  the ability to reduce benefits was tied to presenting a detailed plan to the Treasury Department proving that the benefit cutbacks and other measures taken would ensure that the plan would no longer be in danger of insolvency.

Here’s how the very-helpful “Present Law Relating to Multiemployer Defined Benefit Plans,” prepared by Senate staff in April of this year, describes this:

two conditions must be met in order for the plan sponsor of a multiemployer plan in critical and declining status for a plan year to suspend benefits:

2. The plan sponsor determines, in a written record to be maintained throughout the period of the suspension of benefits, that, although all reasonable measures to avoid insolvency have been taken (and continue to be taken during the period of the benefit suspensions), the plan is still projected to become insolvent unless benefits are suspended.

As a result of this strict requirement, proposals such as that of Central States were rejected.

Folks, this is like prohibiting first aid and demanding treatment start only in the hospital, with a full treatment plan , rather than stemming the bleeding first.

There is no sound reason for plans to be prevented from trying to – oh, I don’t know – TRYING TO AVOID BLEEDING OUT – just because they haven’t figured how to get the numbers to work for long-term health.  (The more I think about this, the more it makes my blood boil.)

The bottom line is this:

There are two crucial components to a sound multi-employer plan design.

First, plans need to have the ability, and established practice, of building up overfunding in boom years.

And second, plans need to be able to respond to losses by reducing benefits – not necessarily immediately, but as soon as it becomes clear to plan managers that this will be needed, without waiting for a crisis.  The Dutch do this is a less painful way by building cost-of-living adjustments into their pension plans, but, as an initial measure, eliminating that adjustment in any year they judge it to be imprudent.

If these two elements are built into plan design, plan management, and the legislation that Congress creates regulating those plans, then any given plan, via trustees who represent the best interests of plan participants, can decide how much risk they want to take, that is, how willing they are to place themselves in the position of having to reduce benefits in the future, and how comfortable they are with the need to explain the possibility of future cut-backs to their union members.

(If they don’t want to face any loss of benefit cuts, then there’s always the “little Central States 1999” option of conservative investments, although without the corruption.)

It remains important for the trustees in charge of such a plan to use those tools properly, and there’s no guarantee they’d actually do that, rather than promising participants something that’s too good to be true, aiming to boost the union or the industry’s profitability, or just engaging in garden-variety corruption, but it’s all rather beside the point if they don’t have the right tools to begin with .

This is fifth in a series.  Prior articles:

“Could The Butch Lewis Act Solve The Multiemployer Solvency Crisis?“

I will feature reader comments a future article — and, yes, also provide my thoughts on possible solutions after that — so you’re invited to share your comments at JaneTheActuary.com.