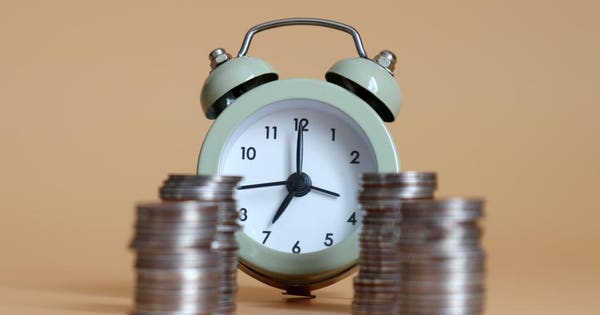 Turns out, this is really a two-part question.

First, if you’re an individual trying to decide how to manage your finances, what’s the best approach?

And, second, if you fancy yourself a policy expert, should you promote a mandatory-savings program like Australia’s, give people options, or step back entirely?

The very short answer to the first question is this:  pay off high-interest-rate debt first.

Which begs the question:  when does the interest rate count as “high”?  Most of the time, that’s when the rate is higher than the investment return you can reasonably expect from your IRA or 401(k).  If you’re paying 15% interest on a credit card (at the low end according to the website ValuePenguin), and you expect to earn 6% in your IRA, this is obvious:  pay off the credit card debt first.  If you have a home mortgage with an interest rate of 5%, don’t be in a rush to pay it off early at the expense of retirement savings.  There is a grey area, though:  if you have an employer match on your contributions, don’t think of that as “free money.”  Think of it as boosting the interest rate that you earn over time — for example, a pure dollar-for-dollar match might be similar to the effect of doubling the investment return* — so that retirement savings can come out as the “winner” in your comparison.  At the same time, if you expect to gain from the tax advantages of an IRA or 401(k), that’s worth some extra interest in the comparison calculation.

(*This isn’t literally true, and the math is a lot more complicated but the point is that it might not always be a sure thing to go for the match at a cost to continued interest-rate compounding on your debt.)

This seems obvious, no?  But here’s a claim from the National Employment Law Project that caught my attention over the weekend:  in light of a paper voicing skepticism of state-run auto-IRA plans because they “could hurt low-income participants because they will be investing in lower-return retirement plans instead of paying off high-interest shorter-term revolving debt, such as credit card debt,” the author, Michele Evermore, responded,

these findings do not make a persuasive case for limiting access to savings vehicles for low-income workers. That’s because the multiplier effects of starting to save for retirement while young are hugely beneficial for the majority of workers.

The error Evermore makes, of course, is that of thinking of retirement savings and debt as two entirely separate buckets, and promoting the beneficial effect of compound interest in the former while ignoring its pernicious effect in the latter case.

Imagine you find yourself at age 25 with a desire to save for retirement but also with $10,000 in credit card debt.  You’ve done your budgeting and have $3,000 per year that you can apply to paying off that debt or saving.  If you apply all of that to savings and earn 6% in investment earnings over time, then you can end up with $17,000 five years later, and that will continue to increase over time.  But if you never make payments on your debt, and have a 15% interest rate, you will owe $20,000, and have a -$3,000 net worth.  If you pay off your debt instead, you will have a $0 net worth, which isn’t great but is in fact more than -$3,000.

What if you have an employer match which doubles your contribution, so that a $3,000 contribution to savings is worth $6,000?  In the short-term, that boost gives you a positive net worth very quickly, but the debt’s interest rate will compound enough to outpace the investment returns, particularly if that savings rate doesn’t grow over time.  So, yes, contribute at least enough to receive the full match, but not at the expense of paying down your debt at least to the degree to keep the interest rate compounding at bay.

So what does this have to do with auto-IRAs or mandatory savings?  Experts worry that forcing people to save, like Australia does, or creating strong nudges that have a similar effect, will just send more low-income workers into debt, and economics researchers have been trying to find out what happens in the real world.

There does appear to be some good news, in the form of a study, “Borrowing to Save? The Impact of Automatic Enrollment on Debt,” by a team of Harvard researchers (thanks to Scott Graves for the link via twitter @SHGraves29), which examines the outcomes of a “natural experiment” when the U.S. Army began auto-enrolling its civilian new hires into the Thrift Savings Program with a rate of 3%, and found that among those enrollees, “bad debt” did not increase but car loan and home mortgage balances did.  Is this good news, because car and home loans have low interest rates in any case?  Or, to the contrary, does this indicate that new enrollees previously had been able to fund car purchases, and make greater down payments, out of nonretirement savings which no longer exists? — But, on the other hand, if the autoenrollment program had been harming people by taking away money that was otherwise going to emergency funds, then presumably researchers would have found higher levels of credit card debt as participants resorted to paying repair bills with credit card debt.

It’s all a muddle, and relies heavily on Americans being able to navigate through combining retirement savings with their other financial needs.  That’s one of the reasons that in at least some countries with mandatory or auto-savings, the lowest tranche of income is excluded entirely (see “Should Poor People Save For Retirement?“) with their income needs in retirement taken care of with a flat anti-poverty-focused Social Security benefit.  In the United States, on the other hand, we’ve got a Social Security formula that is weighted towards low income but leaves people likely to struggle with determining how it fits in with their actual circumstances and savings needs.  In a perfect world, auto-IRA programs such as OregonSaves and equivalent programs coming online in Illinois and California would provide meaningful counsel to participants to help them identify whether and how much they should save, given their income level and other circumstances, but they fall short, and, realistically, given the Social Security formula, it’s difficult to prescribe a simple rule of thumb.

And here’s one final wrinkle to consider:  in an extreme case of a person with high levels of personal, unsecured debt, and a high IRA account balance, that balances is protected against creditors in the case of a bankruptcy.  Had that individual chosen, over the course of a lifetime, to pay off debt but never been able to save, she would have no recourse to go back to creditors and say, “please give me my money back so I can afford to retire.”

Everyone wants a do-over. Here are the top regrets of entrepreneurs and what they’d do differently
Morgan Stanley CEO James Gorman on how the E-Trade deal came together
There’s now a record number of 401(k) and IRA millionaires, according to Fidelity
Tax Fraud Blotter: Get that mortgage back!
Analyst with $1,000 bull case on Tesla: New $2 billion offering eliminates ‘doomsday’ cash worries