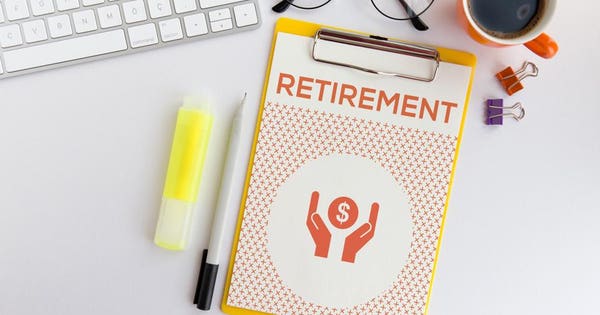 Last week, New Jersey Gov. Phil Murphy signed legislation creating a state-run “Secure Choice” retirement plan for an estimated 1.7 million private sector workers who lack a 401(k) at work. New Jersey is likely to be disappointed at the response to its new “auto-IRA,” but for a good reason: the true “retirement coverage gap” is far smaller than auto-IRA advocates claim. The vast majority of households who need to save for retirement already have access to an employer-sponsored plan. The key is insuring that they save enough.

Advocates of state-run retirement plans cite the Bureau of Labor Statistics’ Current Population Survey (CPS) to show that 53.5% of New Jersey private sector employees lack access to a retirement plan at work. In response, New Jersey will follow states like Oregon, California and Illinois in requiring employers who don’t offer a retirement plan to automatically enroll employees in a government-run Individual Retirement Account, funded with worker contributions. The AARP claims that by reducing reliance on government welfare programs these “auto-IRAs” would save New Jersey $194 million through 2032.

But the CPS data cited by auto-IRA proponents dramatically overstate the retirement coverage gap. The reason: the CPS relies on employees to accurately report whether their employer offers a retirement plan. As Social Security Administration research shows, many workers who are actually participating in a plan tell surveys that they’re not. This isn’t unexpected: “behavioral economics” research finds that employees don’t pay much attention to their employer’s retirement plan offerings, so it shouldn’t be surprising that many employees answer even simple questions incorrectly.

We have better data and we should use it. The Bureau of Labor Statistics’ National Compensation Survey (NCS) provides data gathered directly from employers. Unfortunately, the NCS data aren’t available on a state level. But nationwide, 68% of all private sector employees are offered a retirement plan. For full-time employees, 77% are offered a plan. In firms larger than 25 employees – the threshold at which New Jersey’s auto-enrollment requirements apply – eligibility will be somewhat larger, since small employers are least likely to offer a retirement plan. While the NCS data don’t break down coverage for firms larger or smaller than 25 employees, for businesses with less than 50 workers only 49% of employees are covered by a retirement plan, while for firms with 50 thru 99 employees coverage jumps up to 66%. Likewise, research from the Social Security administration which examined employees’ tax records concluded that even these NCS figures might underestimate retirement plan coverage in the private sector, especially for part-time employees. In short, claims of a massive retirement coverage gap simply rely upon bad data.

But there’s a second issue. Most experts analyze retirement savings on a household basis, because spouses share incomes and costs. Since the 401(k) contribution limit is high – $19,000 for 2019, with an additional $5,000 for workers over age 50 – one spouse can easily save adequately for both. That’s what my own family does. But the key issue for these “single account” households is making sure that contributions are high enough to cover both spouses. A recent study published by the Center for Retirement Research at Boston College found that households with a single account holder saved no more than those where both spouses where offered a 401(k). That needs to be fixed, perhaps by raising the default contribution rate for auto-enrollment plans or by setting contributions based on the employees’ marital status.

Nevertheless, on a household basis the retirement coverage gap is even smaller than is shown in the National Compensation Survey data. Both IRS data and SSA research show eight-in-10 married couples actively participate in a retirement plan. If we assume that 85% of couples who are offered a plan have at least one spouse participate, this implies that about 93% of married couples have access to a workplace retirement plan.

All of this helps explain why enrollment in Oregon’s first-in-the-nation auto-IRA program, called OregonSaves, is falling well short of forecasts. According to OregonSaves’ projections based on CPS data, its rollout to date should have covered upward of 325,000 employees who aren’t offered a retirement plan. But OregonSaves currently has only around 72,000 enrollees and even fewer who are actively contributing. New Jersey shouldn’t be surprised if enrollment falls well short of its sponsors’ claims.

Why should this matter? Three reasons.

First, auto-IRA plans are supposed to be self-financing, meaning that fees paid by account-holders cover the costs of administering the program. Fewer participants means fewer accounts over which the fixed costs of setting up the program must be spread, and thus more fees for each account-holder to cover. Higher fees could make auto-IRAs either a poorer deal for participants or require the state to cover the administrative costs.

Second, in a 2017 survey, one-in-eight small employers said they would drop their 401(k) in favor of a state auto-IRA. The bigger threat may be new employers who adopt a state auto-IRA plan and then never shift to a true 401(k). Auto-IRAs carry less regulatory baggage for employers, plus they free businesses from the rising threat of 401(k)-related lawsuits. But shifting from 401(k)s to auto-IRAs could leave workers with lower contribution limits and no employer match. Since only a few states currently have auto-IRA plans, over time it should be possible to study how these plans affect 401(k) coverage.

Third, while auto-IRA proponents tout savings to government welfare programs, the AARP study that backs these claims assumes that for every dollar by which auto-IRAs boost low-earners’ retirement incomes, they’ll lose 19 cents of federal and state welfare benefits in retirement. And low-wage workers might lose benefits even before they retire: while New Jersey does not have an asset test for SNAP (“Food Stamps”) benefits, TANF (“welfare”) benefits are cut off for households with more than $2,000 in assets and Medicaid benefits are cut off when a household’s savings reach around $6,000. So some auto-IRA participants could be in for a surprise a few years down the road. Let’s face these issues upfront.

As with many other aspects of the so-called “retirement crisis,” the retirement coverage gap is dramatically overstated. The vast majority of U.S. workers who need to save for retirement can do so through an employer-sponsored retirement plan, and most are. While policies to expand access to retirement plans are welcome, elected officials need to reject bad data and ensure they don’t damage the retirement system that’s already working.

Bank of America says 85,000 small businesses have asked for $22.2 billion in loans since 9 a.m.
Inherited an IRA? You can skip your distribution for 2020
What Tax Experts Can Contribute: Lessons from World War II
You might have a tax shelter and not know it. Coronavirus could make matters worse
Everything you need to know about your student loans amid the coronavirus pandemic