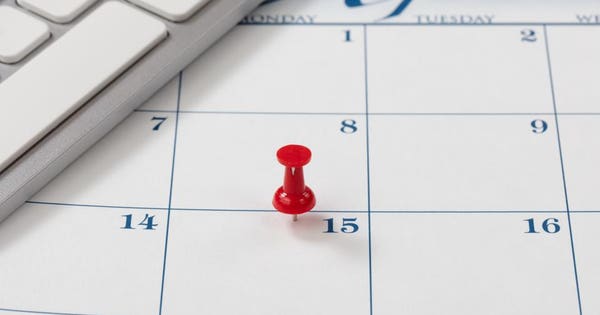 The due date for individual tax returns is actually April 15th this year for most of us.  Emancipation Day, a holiday in the District of Columbia, falls on April 16 this year, so it does not affect the April 15 due date for most people.  This year Patriots Day falls on April 15 so it can’t be the due date in Massachusetts and Maine and then Emancipation Day bumps them an extra day to the 17th.

Emancipation Day is a great holiday to mention to Sons of Confederate Veterans who tell you that dustup in the 1860s had nothing to do with slavery.  The will go on and on about how as soon as most of the southerners were no longer in Congress, tariffs were raised, but forget that slavery was banned in the District of Columbia in 1862.

Here are some tips and thoughts that you might not get elsewhere, but the April 1 publish date to the contrary notwithstanding there is no fooling in this piece.  My focus is on people (I call them clients) whose tax situation is complicated enough to justify spending some decent money on tax compliance and planning.

I will refer to the people doing the work for them as CPAs, even though the same principles might apply to Enrolled Agents or unenrolled preparers.  No judgment, more of a Be True To Your School sort of thing.  Also, I will refer to the due date as “the fifteenth”, which is what we would always call it even when it was the eighteenth.

There is a lamentable tendency to refer to the individual due date Tax Day.  This creates the impression that filing on or near the last day is a good idea.  Actually filing last minute is a terrible idea. Whenever an issue would crop up a year or two after a return had been filed, one of the first things we would do was look at the routing sheet.  The closer the date was to the fifteenth, the lower would be our confidence in the quality of the work that went into the return.

Just Get An Extension

There are sensible CPAs who will just assume that anybody whose stuff comes in after April 1 (or possibly an earlier date) is going on extension.  The reasons to relax the assumption are not good reasons from the client’s point of view.

Pretty common is that the client does not want to go on extension.  In a higher end practice (but not possible the highest), doing what the client wants (within the bounds or professional obligations) is practically a religion. Clients are a force of nature.  Your whim are your CPA’s command. If you insist to your CPA that you don’t want to go on extension, you won’t.  He’s being smart.  You’re being an idiot.

There are two other reasons I’ve run into.  One is that the CPA is trying to show up the competition.  If you come to her whining about the last guy putting you on extension,  she’ll tell you she’ll make sure it won’t happen.  The other is one that I have inferred.  When there is just a single bill being issued for the return, extensions are not good for the firm’s cash flow.  So a managing partner may be pushing hard to get returns out to get the money in the door quicker.

Don’t Be Pressured Into Signing A Joint Return

It is not unusual for a CPA to view one half of a couple as being “the client”.  Back in the day it, was almost always the husband, but of course, times have changed.  Now it will typically be either the one with a business as opposed to a job or the one from the wealthy family as opposed to the commoner who is marrying into the gentry. For purpose of discussion, let’s say that Robin is “the client” and you’re the tag-along partner Terry.  Terry, this advice is for you.

The routine may be that on April 10th, you are told “Sign here” and that is the extent of your involvement.  Well, that is less than perfect but can really be OK as long as you Robin are getting along well.  If things are not going so well or if you are, in effect, divorced but were married on December 31,  don’t succumb to the pressure.  Signing a joint return should no longer be viewed as routine.

Most tax CPAs are oriented toward compliance and planning.  A joint return usually produces the lower tax, so it seems like a no brainer even for a couple that is splitting. What such CPAs are neglecting is the area of collections. A  joint return creates joint and several liability.  The IRS can collect the whole balance due from either you or Robin.

It is not unusual to read Tax Court decisions where Terry signs a joint return which cuts Robin’s liability and Robin does not pay the reduced liability.  Situations like that are the basis of Reilly’s Tenth Law of Tax Planning – Once the tax is more than you can pay it might not matter how much more. You cut Robin’s bill.  Robin still can’t pay it, but now it can be collected from you.  If they tell you a story about “innocent spouse” relief, don’t buy it.  It is a real thing, but not easy.

If you do resist, be sure to file a separate return even if it is not technically required to avoid the contention that you consented to a joint return without signing.

And CPAs.  Remember that in preparing a joint return, you have two clients.

It would be a nice thing if you looked up the addresses of any properties that show on your clients return to see whether they are in Opportunity Zones.  I really don’t think investing in OZ funds is such a hot idea, but others disagree so there will be significant pools of capital available for OZ projects which owners should be aware of.  Regardless, it is the type of thing people appreciate. If you decide to make that an “after the 15th” thing, do it sooner rather than later.

Both clients and CPAs should scrutinize 199A computations.  That is the new 20% deduction.  I’m blissfully out of the game not even preparing my own return, but I have a sense of what must be happening.  One or more of the software packages is getting the computation wrong.  Preparers are checking the wrong box or forgetting to enter a critical piece of information.  Really if 199A is a factor in your return and you have not filed yet, definitely extend.  Give it till June to see what kind of fallout is experienced by the pioneers.

And Don’t Wait Till October

If you are a sensible person extending your return, plan on getting it done in late May or early June (before the second quarter estimate is due).  If you are waiting for K-1s, lean as hard as you can on anybody you can think of in order to get them by early August at the latest.  For the CPAs serving clients with complex affairs, the first two weeks in October are much worse than the first two weeks in April.  That is not when you want your return being worked on.

CPAs Stop Whining At Least To Yourself

It is hard to think of a reasonably lucrative endeavour that is easier than being a CPA.  The number one source of stress is not workload compression.  It is envy. Unless you are in some odd speciality, you know that you will never be as wealthy as your wealthier clients.  And then you sometimes see other professionals getting big checks, like the CLUs. And when you think about it how much better are their lives than yours?

You might not have that kind of envy yourself, but half of the stress of tax season can be coming from decision makers who do.  They continue to retain abusive clients and dream of people in other countries who will do the work that you do for a pittance and focus more energy on seemingly more lucrative work than the business at hand.

At the end of the day, I think that most CPAs actually like tax season.  It adds drama to what is in reality a really soft job. You work indoors, with access to plumbing facilities and face no risks to your health and safety that are not the common lot of mankind.  You are largely insulated from the seamier side of life. And somehow for part of the year, a lot of people think you have it hard.  Let them maintain their delusion, but stop kidding yourself.  You’ll be happier.  Believe me.  I know.

IRS employees ordered to work from home to avoid coronavirus
Jim Chanos says beware the ‘virus stocks’ like Peloton, Zoom benefiting temporarily from lockdowns
Everything you need to know about your student loans amid the coronavirus pandemic
How Healthy is Your State’s Rainy Day Fund?
Mohamed El-Erian: The stock market could still go back down to new coronavirus lows