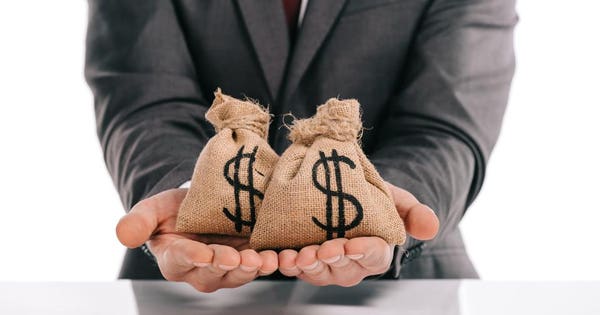 Back a couple weeks ago, a news item appeared at CNN:  “It just became easier for employers to dump retirees’ pensions.”  The headline suggests that employers are simply defaulting on their obligation to pay pension benefits.  The reality is that the Trump administration restored permission to employers to offer to its retirees, in a time-limited window, the option to convert their future lifelong annuity pension payments into a single lump sum payment, a process that some employers had begun to implement but which the Obama administration had prohibited in 2015.

There are pros and cons and issues to consider and I’ll get to that in a moment but here’s one thing that’s crucial to understand in a very bottom-line-on-top manner:

Employers cannot cheat their retirees.  Instead, they are required to offer them a fair deal.  And the IRS goes further and specifies the discount rate and mortality table used for these calculations, to protect retirees and future retirees — that is, because the calculation is the same whether it’s for a pension plan participant choosing the lump sum option at retirement or termination, or in the case of lump sum windows that occurred before 2015 or may occur again in the future.

The discount rate (interest rate) employers use in the calculation is called the “417(e) rate” and is used for multiple types of calculations for employer-sponsored pension plans.  This is a rate that’s based on corporate bond rates and is published by the IRS; the only discretion employers have is whether to elect a limited degree of smoothing.  These are called “segment rates” because there are three “segments” to reflect the duration of plan liabilities, that is, how far out into the future plan benefits are being paid out.

The mortality table that the IRS requires employers to use is also a standard assumption; it’s based on a large database of employees and retirees and assumes that their life spans will continue to increase in the future.

Readers with particularly long memories will recall that last year, the state of Illinois instituted a lump sum cashout program in which, in order to reduce its pension liabilities, it planned to offer inactive/terminated employees the lump sum value of their pensions at 60 cents on the dollar.  Illinois can do this only because it is a public plan; private-sector plans (other than church plans) are required to follow ERISA regulations and cannot do so.  What’s more, if Illinois wished to offer its former employees a better deal, they might still offer a lump sum based on the expected-asset-return basis that is used in public plan valuations, which would be, for instance, 7%, instead of the “segment” rates that top out at 4.69%.  Again, private-sector plans can’t.

This all means that it is possible for retirees to come out ahead.  After all, employers are required to offer lump sums based on the same calculation for everyone.  They can’t look at a person’s health history and see whether they’ve been diagnosed with a condition that will give them only a few years to live, so a retiree in such a circumstance might benefit significantly from taking a lump sum benefit that’s well in excess of what they would actually collect.  At the same time, in most circumstances, pensioners are better off continuing to collect their benefit as a lifetime annuity, because of the importance of the guarantee of lifetime benefits, and a further element of ERISA protection is that employers cannot force any retiree or terminated employee to take a lump sum (with a narrow exception for small benefit amounts).  It is always only an option.

Of course, employers aren’t doing this out of the goodness of their hearts, to give retirees in poor health or who have immediate financial needs some extra cash.  They are motivated by the desire to reduce their costs, not in terms of the benefits themselves, but in terms of the expenses of administering those benefits and the costs of paying premiums to the PBGC government agency, and they are trying to reduce the risk and volatility of having a pension plan.

Having said this, why does CNN call these lump sum offers a “losing deal for retirees”?  The article further claims that

In 2015, the Government Accountability Office issued a report finding that the rules the IRS had set up around mortality tables and interest rates allowed companies to offer lump sums at a significant discount to the actual value of the pension. Retirees who tried to reinvest the lump-sum payments would almost inevitably lose out — especially women, who tend to live longer than men and are more likely to run out of money in retirement.

But this is a misreading of the report.  Instead, the report simply stated that the interest rates required for lump sum conversions had shifted from government bond rates (great deal for retirees) to corporate bond rates (still a fair, evenhanded deal), and that, in a temporary semi-loophole that has closed after the report was written, the mortality tables in use were not the most up-to-date ones available.   In addition, in some cases, retirees accepted lump sums only to turn around and buy individual annuities, and found that they got much less value for their money than the original pension benefit, which is inevitable not just because of the expenses and commissions of individual annuities but because of the different risk pools — that is, pension plan participants include the sick and the healthy but only those who are in good enough health to fear outliving their assets will seek out individual annuities, unavoidably driving up their cost.

Does all of this mean that individual retirees who may be offered a lump sum option in the future should accept it?

By no means!  Individuals should consult a reputable financial advisor (one who’s not trying to sell them money-management services), to be sure, but lifetime benefits provide a security that is incredibly valuable to their recipients in a manner that exceeds the present value an actuary would calculate.

Nonetheless, I do want readers to have confidence that the private-sector single-employer defined benefit pension system, however much the United States may be transitioning away from it, is solid and participants should feel secure in their benefits.  (Of course, it’s a different story for multi-employer plans, public plans and, in some cases, church plans.)  In fact, the GAO report itself explains that many retirees they interviewed chose a lump sum option because they feared that their employer would default on its pension promise, a fear which might be alleviated by providing more understanding of the pension-protection role of the PBGC (and the fact that, as Wharton professor Olivia S. Mitchell points out, corporate plans are required to be sufficiently-well-funded to be able to offer lump-sum benefits in the first place).

Ironically, I worry that reports like CNN’s or others may can do more harm than good if workers internalize a generalized fear that leads them to make poor financial decisions, if they are led to believe that their employers will cheat them out of benefits, so that they’d better get their Bird in the Hand.  I am not a fan of lump sum options, to put it mildly, and it troubles me that current or future retirees elect them to such an extent — quite honestly, I never thought I would be defending employers with respect to them — but alarmism and misleading information troubles me more.