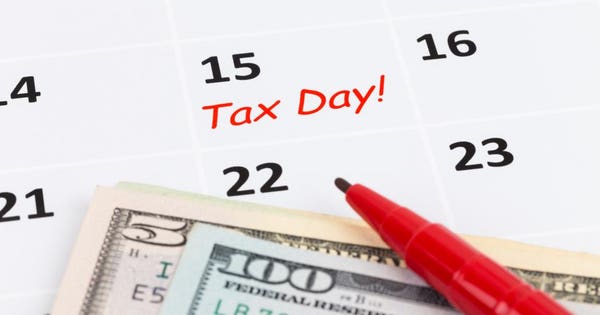 As tax day approaches, American taxpayers will wonder if they benefited from the Trump tax cut. Most people don’t think they did. Only 17% of Americans think the bill is reducing their taxes, even though the nonpartisan Tax Policy Center estimated that up to 80% would see some reduction in their federal taxes. There are five reasons for this mismatch between reality and impressions.

First, many people will technically have lower taxes, but the cuts are so tiny as to be hardly noticeable. The Tax Policy Center estimates the 60% of Americans at the lower end of the income distribution will have federal tax savings of less than $1,000. Also, most people believe the tax cuts didn’t benefit people like them but the very wealthy. They are right. Those in the top 1% save $51,000.

Second, as Forbes contributor Howard Gleckman explained, the tax changes affected withholding through increases in the standard deduction and other provisions, especially the limit on deductibility of state and local taxes (SALT). But many taxpayers didn’t change their withholding allowances, so they paid more each time period than they needed to. This means their tax refund is smaller than expected. The smaller-than-expected refund could be feeding a perception that taxes have increased even when they fell slightly.

Third,  most Americans perceive the Trump tax cuts didn’t benefit them because the highest income groups benefited the most . This is not only because of the rate changes, but because the drop in corporate taxes and rise in corporate profits ended up as higher incomes for the wealthiest households. The biggest winners in the Trump tax cuts were corporations and the households that get income from corporate profits—that is, the very wealthiest Americans. The top corporate income tax rate dropped by almost 40%, from 35% to 21%. And that cut is permanent, while the household rate cuts expire after 2025. The imbalance between household and corporate benefits is unpopular, with 62% of Americans saying it bothers them “a lot” that “some corporations don’t pay their fair share.” Even 42% of Republicans are bothered “a lot” about this.

Fourth, most Americans might doubt they benefited from the Trump tax reform because they believe the tax cuts are causing big deficits they will have to pay for sooner or later. Forbes contributor Chuck Jones showed the tax cuts were largely responsible for a 17% increase in the federal deficit last fiscal year. The Congressional Budget Office (CBO) estimates that deficits will average 4.4% of GDP between now and 2029, much higher than the average 2.9% from the previous fifty years. And federal debt—growing every year with the deficits—will reach an estimated 93% of GDP by 2029 (as CBO notes, this would be “a larger amount than at any time since just after World War II.”)

Fifth, most Americans might think they didn’t benefit from the Trump tax cuts because the cuts aren’t just an economic issue—they are political. Pew Research found that the two parties increasingly disagree about whether taxes are fair—64% of Republicans think so, but only 32% of Democrats agree. That’s the biggest gap since Pew began asking this question over twenty years ago.

Democratic presidential candidates are reading the polling data and are attacking the tax cuts as unfair. Senator Bernie Sanders (I-VT) wants to increase the estate tax. Senator Kamala Harris (D-CA) is proposing revisions to benefit lower and middle-income households. And Senator Elizabeth Warren (D-MA) advocates a wealth tax on the super-rich. You know something is changing politically when a billionaire, in this case hedge fund manager Ray Dalio, says capitalism is unfair and the president should declare inequality a national emergency.

Bottom line: People aren’t feeling a benefit from the tax bill. And feelings matter in politics. Bill Clinton won the presidency with a theme of “it’s the economy, stupid,” while incumbent George H.W. Bush correctly noted (in vain) that the economic recession technically ended over a year before the 1992 election. But voters didn’t feel a recovery and voted to make a change. If the economy slows or stumbles, President Donald Trump may be vulnerable to similar voter feelings, even if most people technically got a small benefit from the tax bill.