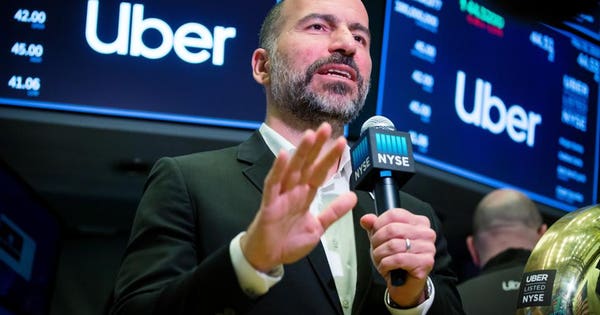 After arguing for years that its drivers were not employees, the ride-share company Uber announced last week that it had settled with tens of thousands of drivers who claimed that they had been misclassified as independent contractors. The timing of the announcement wasn’t coincidental, coming just one day before Uber’s initial public offering (IPO) on the New York Stock Exchange.

In a document filed with the U.S. Securities and Exchange Commission, Uber noted that the independent contractor status of its drivers “is currently being challenged in courts and by government agencies in the United States and abroad.” While the company continues to insist that its drivers are independent contractors, citing cost concerns, the company has reached agreements that would “resolve the classification claims” of tens of thousands of its drivers in the United States. The company anticipates paying out claims and attorneys’ fees of between $146 million to $170 million for the matter.

Previously, the company had warned in its Preliminary Prospectus that the misclassification of workers was a risk issue, claiming:

“Our business would be adversely affected if Drivers were classified as employees instead of independent contractors.”

Uber and its drivers aren’t alone when it comes to confusion over classifying workers. In 2016, the delivery service company FedEx agreed to pay $240 million to 12,000 drivers to settle lawsuits related to worker misclassification. That lawsuit is In re FedEx Ground Package System Inc Employment Practices Litigation, U.S. District Court for the Northern District of Indiana, No. 3:05-MD-00527.

So how does this keep happening? One mistake that employers often make is assuming that only full-time permanent workers are employees. However, employees can be full-time or part-time, seasonal or year-round, temporary or permanent. Ditto for the length of service: the question of how to characterize workers as employees versus independent contractors may be dependent on a lot of factors, but the duration of employment is not one of them.

So what distinguishes an employee from an independent contractor? Here’s what the Internal Revenue Service (IRS) says:

The general rule is that an individual is an independent contractor if the payer has the right to control or direct only the result of the work and not what will be done and how it will be done.

Or, to put it simply, it’s a question of control.

The issue of control is fact specific. Since employment terms and conditions can vary, in 1987, the IRS issued guidance to help determine whether a worker is an independent contractor or a worker. That guidance was summarized with a set of 20 questions outlined in Revenue Ruling 87-41 (a revenue ruling is the IRS’ official interpretation of how the law should be applied to a specific set of facts). You can read Revenue Ruling 87-41 here (downloads as a PDF).

Of course, not every worker or employer will rush out to read the latest in Revenue Rulings. To keep things somewhat simple, the IRS has also introduced its “common law rules” or three categories to consider when determining the degree of control and independence:

An employer must weigh all these factors to determine whether a worker is an employee or an independent contractor. No matter how an employer chooses to classify a worker, no matter what any written contract might say, the facts as they are applied to these tests ultimately determines the classification for IRS purposes.

But the obligations may not stop there. State and federal laws govern an employer-employee relationship. Employers may also be required to pay certain benefits like health care and paid sick leave for employees. Depending on the level of perks offered at the company, an employer may have to extend retirement packages, stock option plans, gym memberships and other benefits to employees.

What happens if the employer gets it wrong? If an employer erroneously classifies an employee as an independent contractor with no reasonable basis, the employer may be held liable for employment taxes for that worker. The employer may also be required to apply employee benefits retroactively, and in some instances, the employer can also face legal action. Fixing those problems, as Uber found, can be expensive.

If an employer wants to make a change, the IRS offers the opportunity for taxpayers to reclassify workers as employees for future tax periods with partial tax relief through the Voluntary Classification Settlement Program (VCSP). To participate, employers must meet specific eligibility requirements. For more information, check out the VCSP page on the IRS web site or check with your tax professional.

If there is a discrepancy about whether a worker is an employee or an independent contractor, an employer or a worker can file form SS-8, Determination of Worker Status for Purposes of Federal Employment Taxes and Income Tax Withholding (downloads as a PDF) with the IRS. The IRS will review the facts and circumstances and officially determine the worker’s status.

As for Uber? Whether their settlement gamble will pay off is yet to be determined: some related lawsuits are still pending. However, it might not have mattered to investors. The company’s IPO has been characterized as disappointing, with shares opening at $42, several dollars short of the IPO price of $45. Uber stock continued to fall Monday as the Dow tumbled in response to an escalating trade war between the U.S. and China. In response, Uber CEO Dara Khosrowshahi sent a memo to employees trying to keep spirits high, writing, “We will be judged long-term on our performance, and I welcome that. It’s all in our hands.”