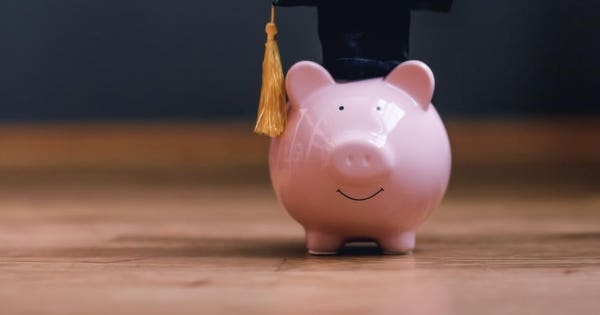 If you, like most Americans, are concerned about higher education expenses for yourself or your loved ones, you’re not alone. College students use about 47% of parent and student income and savings to pay for college. But how families save for college varies widely.

Less than a third of Americans had even heard of a 529 college savings plan, according to a study just released by Edward Jones. Their eighth annual 529 Plan Awareness Survey found that only 33% of Americans recognized 529 plans as an education savings tool. Not only that, this number has actually grown since the first survey was conducted in 2012, when 38% had recognized 529s for their intended purpose.

The survey also found only half of participants and those that recognized 529 plans also knew they can now be used for K-12 tuition expenses. The Edward Jones survey was based on over 1,000 phone interviews of U.S. adults 18 years and older from April 25-28, 2019. The margin of error was +/- 3.1%.

How Americans Save For College

The good news is that more Americans are saving. About 56% of parents reported saving for college in 2018 versus 50% in 2013, according to Sallie Mae. They’re also saving more; about $18,135 in savings in 2018 vs. $11,781 in 2013. How Americans save for college varies dramatically. Only about 40% used some form of tax-preferred account designed for the purpose of college savings, such as a 529 or Coverdell. The remainder saved in a checking account, CD, investment account, insurance product, or savings account.

How parents that are saving for college allocate those assets varies dramatically.

Not using a tax-preferred college savings account costs Americans. Morningstar estimated Americans forego about $237 billion in savings by not using 529s or Coverdell Education Savings Accounts as part of their college savings plan. There are only about $329 Billion invested in 529 savings and prepaid plans, according to the College Savings Plans Network, meaning parents are leaving a lot of money on the table by not using more tax-efficient investment vehicles to save for college.

Respondents to the Edward Jones survey rely heavily on the idea that they will fund college through scholarships (35%), federal or state financial aid (33%), and private student loans (20%).

It’s not that parents don’t want to save, it’s that many feel they cannot afford to do so. A survey by Student Loan Hero found 40% of parents surveyed still have student loan debt of their own, and that 44% felt guilty for not saving more. There simply isn’t enough money left to save for their own children’s college education when they’re paying off their own debt and saving for retirement.

529 plan providers are working hard to increase awareness and educate parents about the benefits of using the plans for college savings. In March, the College Savings Plans Network launched a national awareness campaign in partnership with Fred Rogers Productions to bring a more consistent message about college savings to parents. The campaign’s spots air before and after episodes of Daniel Tiger’s Neighborhood. The campaign introduced unified branding, videos, promotional materials, and landing page (https://529forcollege.com/) to help educate parents.

Many states and 529 service providers, such as financial professionals like Edward Jones, are also hosting events for May 29th, a date matching that of its respective savings vehicle (5/29). Oklahoma, for example, is hosting a chance to win $5,529 towards an Oklahoma College Savings Plan. Vermont will award babies born at Southwestern Vermont Medical Center (SVMC) on May 29 a $100 deposit into Vermont 529 college savings accounts. Contact your respective state 529 sponsor to see if your state is hosting any promotions of its own.