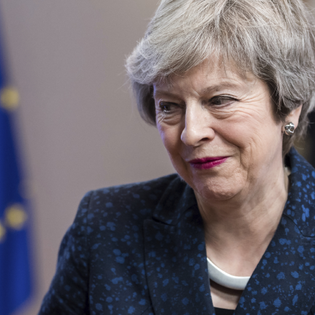 The daily jousting between UK Prime Minister Theresa May, members of her Parliament, and EU leaders has captivated the news media, with its endless play-by-play action. As growing pressure has mounted on May to resign following her third failed proposal, she is desperately trying to hold a fourth and likely final vote for the first week in June.

The story line is moving so quickly that many news outlets have resorted to covering it in a live update style with the immediate chronology of points and counterpoints posted in a constant stream that’s updated in 10-15 minute intervals.

While that micro view is important for keeping track of the ongoing evolution of the exit proposal and the current status of the negotiations, it can be a little distracting for business leaders who are watching this all unfold with a slightly more introspective question in mind: How will Brexit affect my business?

While the answer to that question will be slightly different for different types of businesses, in the grand scheme of things, for large multinational companies, the bulk of the impact of Brexit has already been felt.

In other periods in history, Brexit may have been a bigger issue for large corporations. But, today, business are dealing with a wholesale reshaping of the global economy, complete with on-again/off-again trade wars between the world’s largest economies; new technological advances in the ways products are bought, sold, and tracked throughout the supply chain; and unprecedented levels of regulation affecting everything from accounting to sustainability. As a result, today’s businesses are more mobile and nimble than ever before.

Take the world’s largest financial firms as an example. The UK exit from the EU’s single market system would literally and figuratively leave London-based bankers on an island, unable to freely trade with other parts of Europe following the EU regulatory constructs that previously governed financial transactions on the continent.

The specter of this possibility led many commentators to make doomsday prophecies for the future of the financial services industry immediately following the June 2016 Brexit vote. One commentator at the time even predicted that the impact of Brexit will be worse than the 2008 stock market crash.

So far, that hasn’t happened.

What has happened is that the vast majority of major, multinational financial firms have made contingency plans to move staff, balance sheet assets, and in some cases, entire headquarters out of London and to other EU hubs like Frankfurt, Brussels, and Paris. The long, drawn-out exit negotiations have given big companies plenty of time to project the impact these moves and others will have on their bottom lines and make necessary adjustments along the way.

This is not to say that Brexit won’t have impacts. I recently participated in a roundtable discussion on this very topic with a number of business leaders and policy and economics experts who’ve been watching Brexit closely and the consensus was clear: multinationals are ready, but smaller businesses and those with high regional exposure to the UK may not fare as well.

For the City of London in particular, the effect of having dozens of its major corporate headquarters decamp for foreign cities will certainly be felt for many years. Charles Powell, Baron Powell of Bayswater, KCMG, a diplomat, politician and businessman who was a key foreign policy advisor to Margaret Thatcher put the regional challenge in stark perspective.

“We have many more years of dealing with Brexit ahead of us; UK businesses are going to be feeling the effects for a very long time,” Powell explained. “We need to win back allies and rebuild our reputation. We will need a new agenda and vision to reinvigorate the country.”

Likewise, smaller, more regionally-focused businesses will need to navigate a complicated new regulatory and economic framework when conducting business with other parts of Europe.

Daniel Mikkelsen, a senior partner at McKinsey & Company, explained how Brexit preparations have been implemented unevenly in different sized companies and within different industries.

“So many large firms have been preparing for Brexit for years, but many small firms are not prepared,” Mikkelsen warned. “Even among larger firms, there are different levels of readiness. Banking is by far the best-prepared sector, but automotive and manufacturing industries have had a harder time because they have significant physical supply chains that will be affected by Brexit.”

I recently shared some examples of Brexit prep war stories we’ve been hearing from our clients and partners, and, in one case, a UK-based pharmaceutical company actually resorted to acquiring mobile refrigeration facilities that they could park in Ireland to keep their time- and temperature-sensitive products viable in the event of major transportation disruptions caused by Brexit.

Implementing workarounds like this does not happen without considerable planning and cost, but the larger point is: companies do it. The opportunity cost of doing nothing far outweighs the operational costs of adaptation.

Increasingly, that’s becoming the real story of corporate response to not only Brexit, but every other geopolitical, regulatory, and technological disruption that comes down the road. Companies realize they need to be able to adapt quickly or die, and they are managing to switch direction, pivot strategy, and implement contingency plans at a pace that once would have been impossible.

Technology, of course, has played a big role in that evolution. With much of the world’s business data now hosted in the cloud and corporate ERP systems enabling seamless integration of systems and processes regardless of geography, many large corporates think of their offices as a moveable feast.

Just as technology is making it possible for large corporations to digest a historic event like Brexit in stride, it is also making it easier for smaller firms to play on a bigger scale and start evolving their businesses to become more nimble. The problem arises when companies grow complacent. There is simply no room for the status quo in today’s marketplace.

Businesses of every side need to acknowledge that we’re all living in a constant state of disruption and uncertainty, and embrace the people, ideas, and technologies that can help us move faster to stay one step ahead of the chaos. These will be the ones to watch as the world starts tracking Brexit winners and losers.

U.S. credit card debt has soared to $930 billion. Here’s what some presidential candidates would do to help
Bloomberg unveils plans for Americans’ Social Security, retirement savings
Sources of Government Revenue in the OECD
Tax-prep analyst sees more free filers hampering revenue growth
A Debate, A Drink, A Poll, and Projections