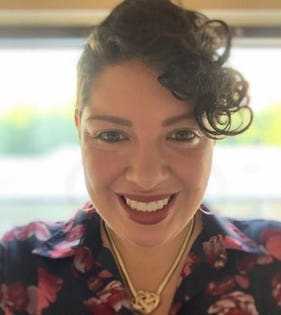 In the last two weeks, President Donald Trump, his spokesperson Kayleigh McEnany, and a number of conservative pundits have been bragging about Hispanics having the lowest unemployment rate in decades. Yes, Hispanic unemployment is at its lowest level since it started being reported by the Bureau of Labor Statistics in the early 1970s. In the first four months of this year, Hispanic unemployment has averaged 4.5%, a 10% decline from the same period in 2018 when it was 4.95%.

Importantly, “Latinos and the Great Recession: 10 Years of Economic Loss and Recovery“ published earlier this year by UnidosUS shows that numerous key aspects about Hispanics’ standard of living is in bad shape. This has negative implications for the whole U.S. economy and financial system, given that Hispanics are over 18% of the entire US population and are still the fastest growing demographic group in the U.S. Moreover, Hispanics have led the growth of the U.S. labor force over the last three decades and Hispanics are projected to represent 20% of the entire U.S. workforce in the next five years and over 30% by 20050. The UnidosUS report found that “businesses with majority Hispanic ownership provide almost 2.7 million jobs to U.S. workers.”

Hispanics will account for about 20% of the workforce in the next five years and over 30% by 2050.

According to Janet Murguía President and CEO of UnidosUS, ”The role that Latinos play in our nation’s economy grows more critical with every generation; Latinos drive labor force participation, small business growth, and account for one in every four elementary school students. Latinos’ ability to weather the next economic downturn is a matter of importance to the country and the economy as a whole, because when Latinos succeed, the county succeeds.”

Unfortunately, while the recession was a decade ago, the recovery has been very uneven. The negative effects of the recession continue to linger presently; according to UnidosUS “many Latino workers continue to struggle to make ends meet.”   Additionally, there are wide gaps between Hispanic and Caucasian education attainment, unemployment levels, median income, and median wealth, to name a few important factors.

UnidosUS * Indicators are household level with the exception of population, education, unemployment, employment, paid leave, Medicaid, and health insurance, which are person-level indicators.

There is a huge chasm between Caucasian and Hispanic median household income. Given that Hispanics are the fastest growing demographic group in the U.S. and the Caucasian birthrate is falling, this chasm does not bode well for any sector of the economy, including financial services.

Additionally, the wealth gap between Whites and Latinos widened in the decade between 2007 and 2016. “Latinos lost 42% of their wealth between 2007 and 2013 alone. Presently, Caucasian wealth is $175,728, or 8 1/2 times greater than Latino wealth. This represents an increase from 2007 when Caucasian wealth was 7.7 times greater than Latino wealth.

Moreover, the poverty gap between Hispanics and Caucasian is wide. According to UnidosUS “despite Latinos’ hard work and the highest labor force participation rate among all racial and ethnic groups, Latinos still make up the largest share of workers earning poverty-level wages.”  In other words, one in five Latinos work full-time, year-round but still only earn an hourly wage that leaves them below the federal poverty line.

The combined Caucasian and Hispanic 30% poverty rate, which does not even reflect the poverty rate for other ethnic and racial groups in the U.S., is very worrisome and bodes negatively for American competitiveness domestically and internationally.

When I asked Stephanie Román, Senior Policy Analyst, Policy and Advocacy at UnidosUS, what specific policies have been detrimental to Latinos in the US, she responded that  “The recent Tax Cuts and Jobs Act passed $1.9 trillion of tax cuts for the wealthiest Americans and corporations and gave little to nothing to American working families.” An estimated 89% of Latino taxpayers, more than 28.1 million, will receive an average tax cut of $316 compared to the average tax cut of $55,190 for the richest 1% of Americans.

She also explained that “In the case of tax paying, working immigrants, the tax package actually took away a key tax credit, jeopardizing the financial security and well-being of more than one million children of immigrants.” Her concern is that “This law is a very clear example of what not to do—it will increase the racial wealth gap and benefit the wealthy at the expense of those at the bottom.”

According to Román the policies that have helped or are helping Latinos are those that expand tax credit to support low-income working families and the Affordable Care Act (commonly known as Obamacare.) “Extending the Earned Income Tax Credit (EITC), Child Tax Credit (CTC), and American Opportunity Tax Credit (AOTC), was one of ARRA’s central features. These tax credits lowered families’ tax liabilities and provided extra financial support for low-income families with low tax liabilities in the form of refundable credits. The expanded tax credits, made permanent in 2015, benefit about five million Latino working families each year.”

Román also told me that “The ACA’s tax credits and subsidies along with Medicaid expansion efforts made health care more affordable and increased the number of Americans with health insurance, even as many were still feeling the economic strain of the recession. ACA refundable tax credits (for incomes from 100%-400% of the poverty level) and cost sharing subsidies (for incomes from 100%-250% of the poverty level) played an important role in helping low- and middle-income Latino families pay for health coverage.“

When I asked Román how many years she thought it would be before Latinos recovered from the crisis, she responded that  “Without significant reversals of the trends and policy we are seeing now, Latinos will not see a complete recovery for many years and won’t see the closing of the racial wealth gap and other gaps for several decades.”

Murguía reminds legislators and policymakers that “More than ever, we need responsive, people-centered policies that can support this nation’s workers, to ensure that our community can retain their return to pre-recession levels and continue chipping away at longstanding inequities. Latinos, like all hard-working Americans, deserve the right to strive for and achieve the American dream.”