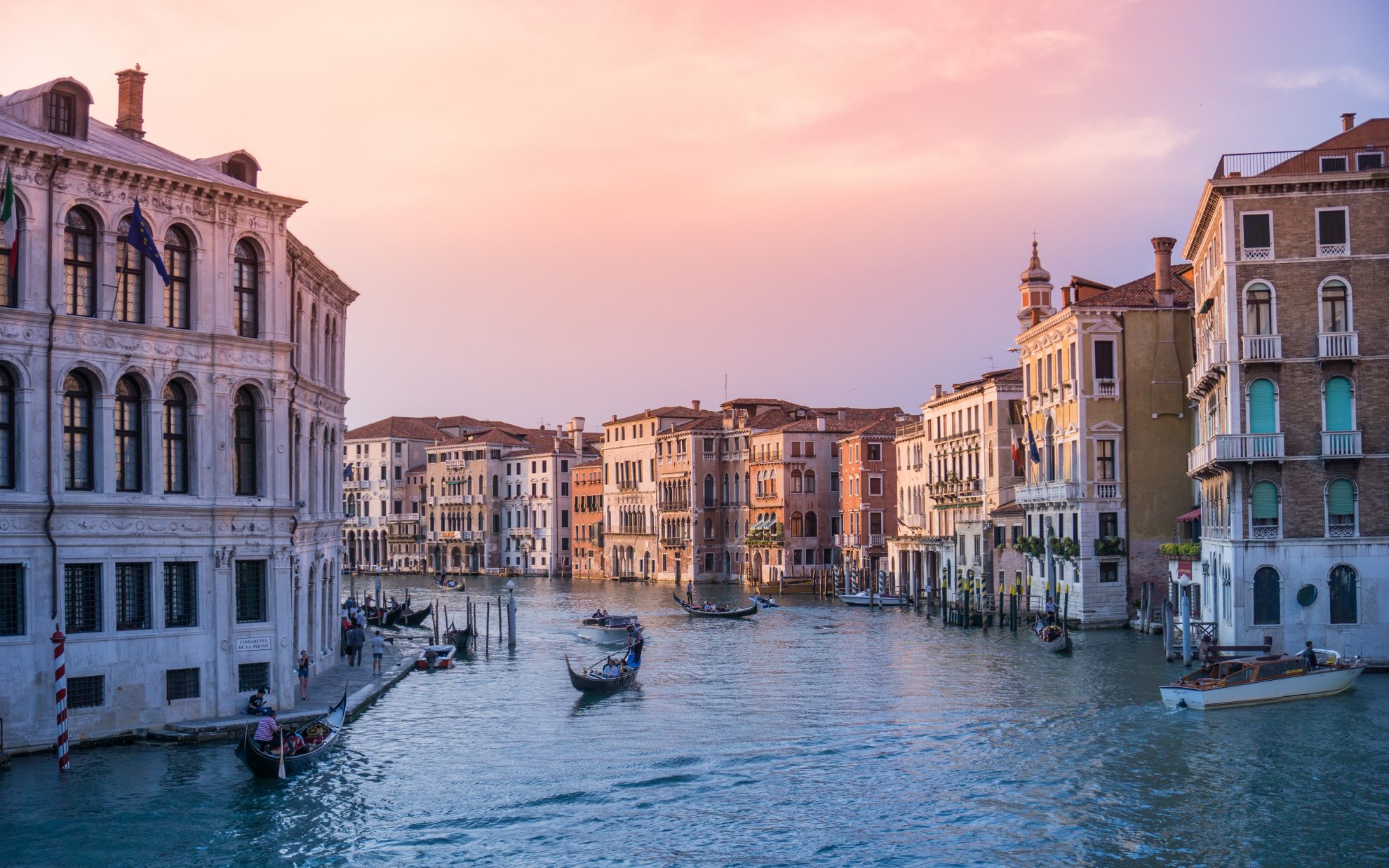 Italy is no stranger to low economic growth and high unemployment. To address these issues, Deputy Prime Minister Matteo Salvini is pushing for a 15 percent flat income tax initially only for middle- to low-income earners. However, this proposal would cost between €12 billion and €30 billion per year in tax revenue, pushing Italy’s budget deficit above the EU’s 3 percent of GDP limit, potentially resulting in a €3.5 billion EU fine. Italy should still push for this income tax cut to encourage Italians to work and reduce tax evasion, but it should pay for it by consolidating its Value-Added Tax (VAT) rates.

Italy’s economy has underperformed the Eurozone’s average for two decades and in 2018 real GDP did not grow at all, while unemployment closed above 10 percent for the seventh consecutive year. In part, Italy’s stagnation is due to its burdensome tax code which encourages evasion and distorts workers’ and consumers’ behavior. Italy ranks 34th out of the 35 OECD members in the Tax Foundation’s 2018 International Tax Competitiveness Index.

Salvini’s “flat tax” proposal would reduce marginal tax rates by between 8 and 15 percentage points for workers earning less than €50,000 per year. Above that threshold income would still be taxed at 38 percent and higher rates. A marginal tax rate increase from 15 percent to 38 percent at the €50,000 income threshold could negatively impact workers’ decisions as they move up the income scale. Nonetheless, it would simplify tax filing for Italians suffering from a complex individual tax code, lower marginal tax rates for low-income workers, and encourage workers to rejoin the labor force. 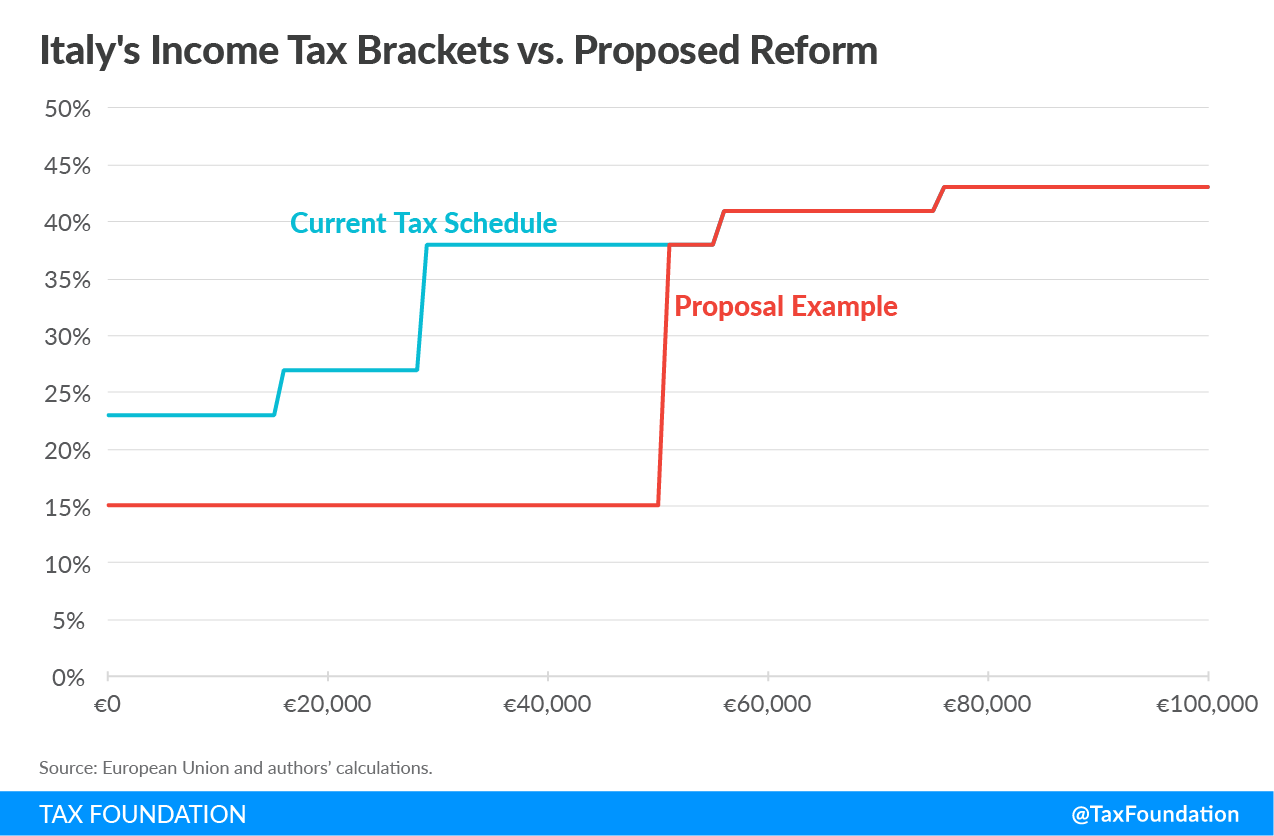 This income tax cut would encourage Italians to work and help reduce income tax evasion, but these effects would likely be insufficient to offset lost tax revenue.

Italy’s government could finance this tax cut and even help reduce its budget deficit by streamlining its Value-Added Tax. Its multiple VAT rates are burdensome, and studies in China and Greece have shown that  elevated VAT rates encourage evasion. In fact, Italy has one of Europe’s largest tax gaps─that is, how much citizens evade in taxes. This is mainly due to €36 billion in VAT evasion and VAT that is not collected due to businesses closing.

Multiple VAT rates and exemptions only add complexity for businesses while distorting individual and business behavior. A product that is taxed at the 22 percent rate is at a disadvantage against a product taxed at the 10, 5, or 4 percent rates, and even more against an exempt product. This leads consumers and businesses to alter their purchases and production in a way that reduces both economic growth and government revenue.

Some might think that exempting health care and education or having lower VAT rates for food and other services is progressive, yet the OECD noted in a recent report that “evidence suggests that exemptions and reduced VAT rates are not an effective way of achieving such objectives.” The reason is higher-income families also benefit from lower VAT rates, and sometimes even more than the poor in absolute terms.

The OECD measures a VAT Revenue Ratio to understand how much tax revenue governments lose from not taxing or undertaxing certain products under the VAT without accounting for evasion. And in this aspect, Italy is the second worst in the OECD. Italy collects less than 40 percent of the potential revenue it could collect if all final consumer products were taxed at a 22 percent rate. In other words, Italy could consolidate all VAT rates into a lower single rate and obtain more revenue to pay for an income tax cut such as the one Salvini proposed. In addition to collecting more revenue, a consolidated lower VAT would eliminate distortions and reduce red tape, which would reduce evasion and encourage economic growth.

Cutting taxes for low-income Italians in exchange for eliminating VAT exceptions would make Italy’s tax code simpler, more progressive, and more pro-growth while allowing Salvini to keep his tax cut campaign promise. This is a sensible approach for the Deputy Prime Minister to put Italy on the right track.