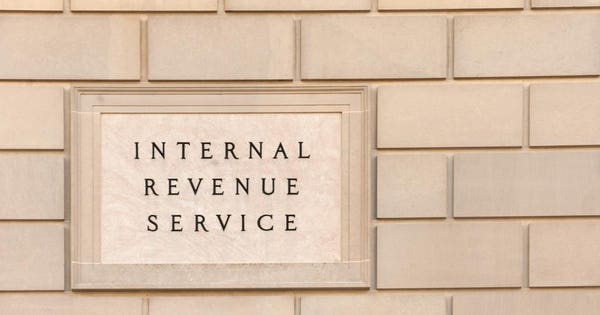 If at first you don’t succeed, try, try again. And again. After a number of iterations, the Taxpayer First Act has finally passed the House and the Senate.

The key provisions in the Taxpayer First Act have been reform talking points for well over a year. A proposal was introduced in the Ways and Means Oversight Subcommittee in March of 2018, but ultimately went nowhere. Congress tried again in 2019 with the originally-named Taxpayer First Act of 2019. The bill was intended to modernize the Internal Revenue Service (IRS) and strengthen taxpayer protections.

A final version of the House bill, H.R. 3151, Taxpayer First Act, was reintroduced by the Chairman of the Ways and Means Oversight Subcommittee, Rep. John Lewis (D-GA) and Ranking Member Mike Kelly (R-PA), on June 6, 2019. Chairman Lewis called the bill “a ray of hope.”

“It is,” he said, “a significant win for the American people because it demonstrates that even in the most difficult times, we can come together as a nation, as a people and as a Congress to accomplish important things for the American people. We developed this bill the way legislation should be created. We listened to the voices of taxpayers, advocates and experts. We asked questions for many months. The Oversight Subcommittee hosted hearings and roundtables. Democratic and Republican members shared their concerns and ideas. We negotiated. We took our time, and believe that we did it right.”

The bill passed by voice vote on June 10, 2019, and included many new provisions focused on improving service for taxpayers. Included are calls for a new Internal Revenue Service (IRS) Independent Office of Appeals, seizure modifications, improved IRS customer service, and provisions for cybersecurity and identity theft protection. (You can read more about the original provisions here.)

Most of the provisions focused on improving IRS service and strengthening taxpayer rights survived to the final version. There was, however, a notable exception: codification of the Free File program.

In the original version of the bill, the Free File program would have continued:

(b) Innovations.—The Secretary of the Treasury, or the Secretary’s delegate, shall work with the private sector through the IRS Free File Program to identify and implement, consistent with applicable law, innovative new program features to improve and simplify the taxpayer’s experience with completing and filing individual income tax returns through voluntary compliance.

With Free File, low-to-middle income taxpayers have access to free tax prep software. According to the IRS, up to 100 million taxpayers, or 70% of filers, are eligible to use the program. (You can read more about Free File here.)

IRS Commissioner Chuck Rettig has called the program “an important tool that allows taxpayers free access to electronic filing of their tax returns.” He further noted that Free File “has been a great partnership with the private sector.” However, that partnership is what raised eyebrows for some lawmakers. While 70% of taxpayers could use the program, the actual use is closer to 3%. Some of the concerns were raised after a ProPublica article alleged that the bill would have barred the IRS from creating its own version of the program; Sen. Kelly disputed that characterization in a subsequent op-ed.

Additional questions about the role of the private sector in the program made it clear that the provision was going to be a deal-breaker. The cleanest solution was to pull it: there is no mention of Free File in the final version of H.R. 3151 (you can read it here) which sailed through the House.

After the bill passed, Sen. Charles Grassley (R-IA) noted that “The House passage of the bipartisan, bicameral Taxpayers First Act is the first step toward reforming the IRS and strengthening taxpayer protections. It should pass in the Senate without delay.”

An identical version passed the Senate a few days later. The President is expected to sign the bill.