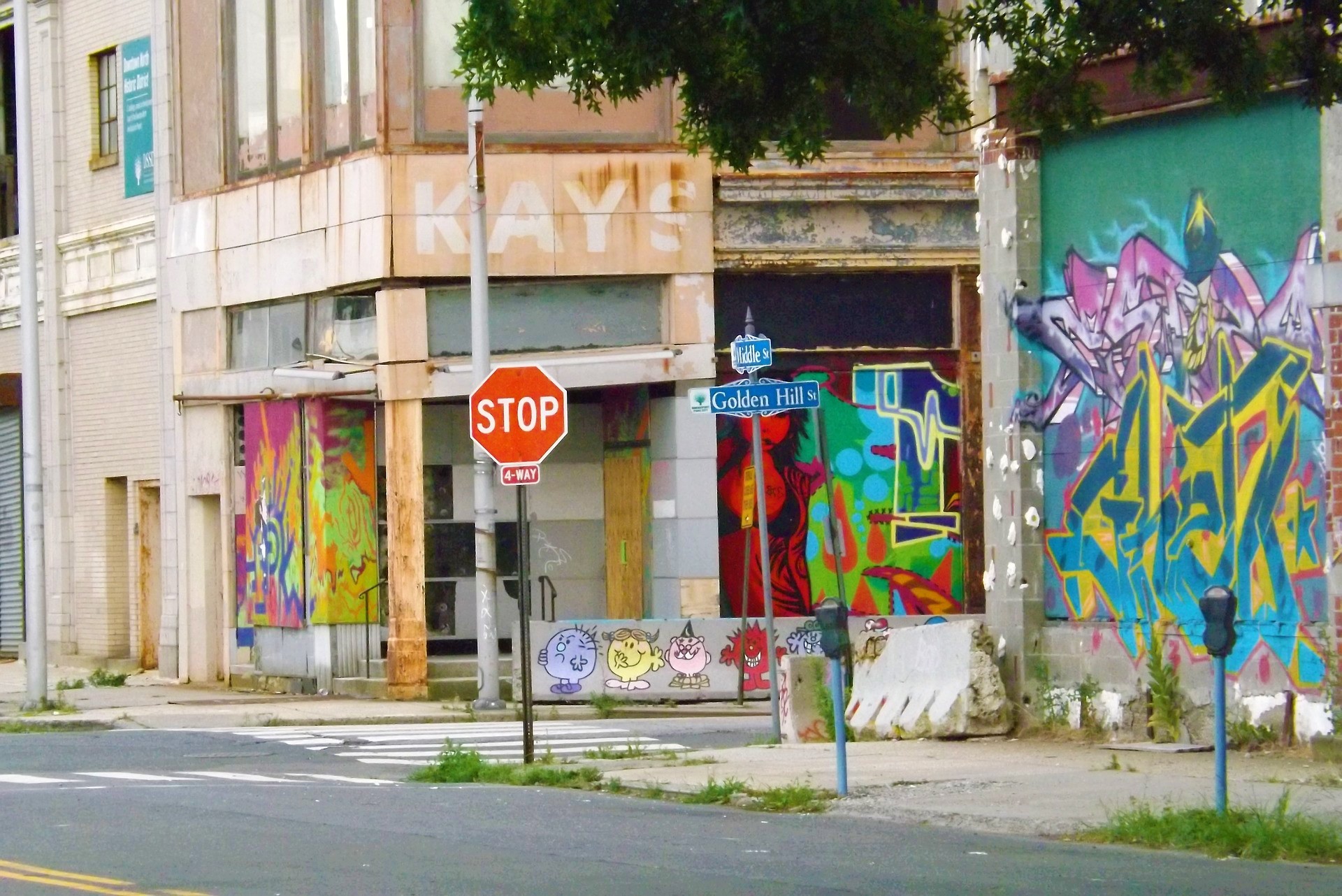 Earlier this year, Senator Roy Blunt (R-MO) and Senator Ben Cardin (D-MD) introduced the New Markets Tax Credit Extension Act of 2019, which would permanently extend the New Markets Tax Credit (NMTC) and increase NMTC allocations, among other changes. The NMTC was originally established by the Community Renewal Tax Relief Act of 2000. It was part of a broader set of “Third Way” reforms under the Clinton administration that aimed to improve conditions in poor communities via ostensibly market-friendly policies. The NMTC is currently set to expire at the end of this year.

Under the NMTC program, the Community Development Financial Institutions (CDFI) Fund, a part of the Treasury Department, reviews applications by investment entities, known as Community Development Entities (CDEs). These CDEs need to have a “primary mission of serving low-income communities,” and they need to have local community representation on governing or advisory boards (at least 20 percent). In reviewing applications, the CDFI Fund ranks CDEs according to their business strategy, capitalization strategy, management, and expected community impact, then awards NMTC allocations to qualifying CDEs. These CDEs then go on to attract investors, who provide equity investment to the CDEs.

In return, these investors receive the tax credits, amounting to 5 percent of their initial investment for three years, then 6 percent for the next four years, for a total of 39 percent. Meanwhile, the CDEs use these equity investments to make qualified investments (e.g., lending to qualified businesses) in qualifying low-income communities. These include communities with a poverty rate of at least 20 percent and non-metropolitan communities with a median family income below 80 percent of the statewide median family income. As of May 2019, more than $57 billion of tax credits have been distributed by the program.

There is not much empirical evidence on the impacts of the NMTC, in part due to a lack of transparency and data collection by the Treasury Department. Of the few studies published, some have found small, but positive, impacts. One study found that the NMTC increased investment in affected communities. In particular, the NMTC encouraged new investment from individuals, and it seems to have encouraged corporations to shift investment from higher income communities to eligible low-income communities. Another study found that the NMTC led to modest reductions in the poverty rate and unemployment rate in affected communities.

The Urban Institute also put together a fairly comprehensive study in 2013 and found that NMTC projects initiated before the end of 2007 created or retained more than 135,000 permanent jobs and more than 150,000 construction jobs. This study, using survey data, also found that almost 70 percent of project stakeholders saw a positive improvement in their community due to the project. While this change was mostly reported to be modest, a quarter of stakeholders reported substantial positive change. A third of stakeholders also reported “strong evidence” of the creation of new firms, improved real estate, and/or expanded tax revenues, along with improved metrics of social capital.

Other studies have found mixed results, however. One study found that the NMTC had a positive impact on certain industries, such as increasing employment in retail, but had a negative impact on other industries, including reducing the number of new service firms. Another study found that the NMTC had somewhat positive impacts on supermarket entry into affected communities, but had no impact on actual household food purchasing patterns in these areas, at least in the short run.

While the NMTC has evidently had some positive impacts on poor communities, there are also issues with the program. First, it costs around $23,500 in NMTC-subsidized investment to raise a person in a community near the median family income threshold out of poverty. It also costs an average of more than $53,000 in NMTC investment to generate a job.

In contrast, with the Earned Income Tax Credit (EITC), an anti-poverty tax credit that subsidizes work among very low-income households, it costs around $12,400 to raise a person out of poverty. More strikingly, the $53,000 cost per job in the NMTC is higher than the cost per job for several expensive job guarantees, in which the federal government would provide a job to any qualified individual that wants one, as modeled by the Hamilton Project. Of course, a program with a broad scope, like the NMTC, is not necessarily comparable with a program focused specifically on jobs, like the EITC, since broad programs might have benefits beyond reducing poverty and creating jobs. This makes it difficult to draw firm conclusions solely from this comparison.

A more prominent issue revolves around inframarginal effects and opportunity cost. Specifically, it is possible that some NMTC projects would have still occurred without the tax credit. This means that the government is essentially just providing a tax break for these projects, rather than inducing new behavior. The money spent on these tax credits would have been better spent elsewhere. Empirically, the Urban Institute study found that only between 30 percent and 40 percent of analyzed NMTC projects likely needed the tax credit. Another 10 percent likely would have started, with some modifications (e.g. a delayed schedule), and another 20 percent likely did not need the tax credit at all. For the remaining projects, the evidence was inconclusive.

A related issue is double dipping. While NMTC-qualified projects are barred from receiving most other federal tax credits, they can still receive the Historic Tax Credit, federal grants unrelated to taxes, and state-level tax credits. This issue of double dipping was raised as early as 2005, five years after the NMTC was implemented. Indeed, a study by the Government Accountability Office (GAO) found that 62 percent of NMTC projects received other government aid between 2010 and 2012. This double dipping potentially exacerbates the inframarginal effects and opportunity cost mentioned above.

Another related issue is targeting. While NMTC projects are ostensibly meant to improve conditions in poor communities, the actual governing statutes are somewhat vague with regards to overall purpose. This, combined with complexity and a lack of transparency, could potentially allow for abuse. In fact, there is evidence that these tax credits have sometimes been used in questionable or inappropriate circumstances.

Moreover, a Congressional Research Service report found that “virtually all of the country’s census tracts are potentially eligible for the NMTC,” due to vague statutes. While the CDFI Fund has tried to emphasize approving CDEs in the poorest communities, the Urban Institute study found that eligible districts with projects are roughly identical to eligible districts without projects, with regards to poverty rate, unemployment rate, and median family income. As such, the NMTC, in its current form, seems inadequately targeted at poor communities, and those living in those communities.

Finally, an ideal tax code should be as simple, transparent, and neutral as possible. The NMTC potentially distorts the economy by providing a tax incentive to invest in CDEs. This distortion would be even worse if the Treasury Department does a mediocre, or poor, job at selecting and monitoring “good” CDEs. Divergence from a simple, transparent, and neutral tax code could be justifiable to address an economic externality, or to address equity issues. However, given the other issues with the NMTC, this tax expenditure is at best a mediocre solution.

Ultimately, there is evidence suggesting that the NMTC program has had positive impacts on poor communities, which is commendable. At the same time, however, this tax expenditure might potentially be too costly, too poorly targeted and monitored, and/or too economically distortive to justify its continuation, at least in its current form. Certainly, the reforms suggested by the GAO and other studies merit a closer look by members of Congress. These include more oversight from the Treasury Department, more transparency, a more focused mission, and more involvement from the local community and local governments.