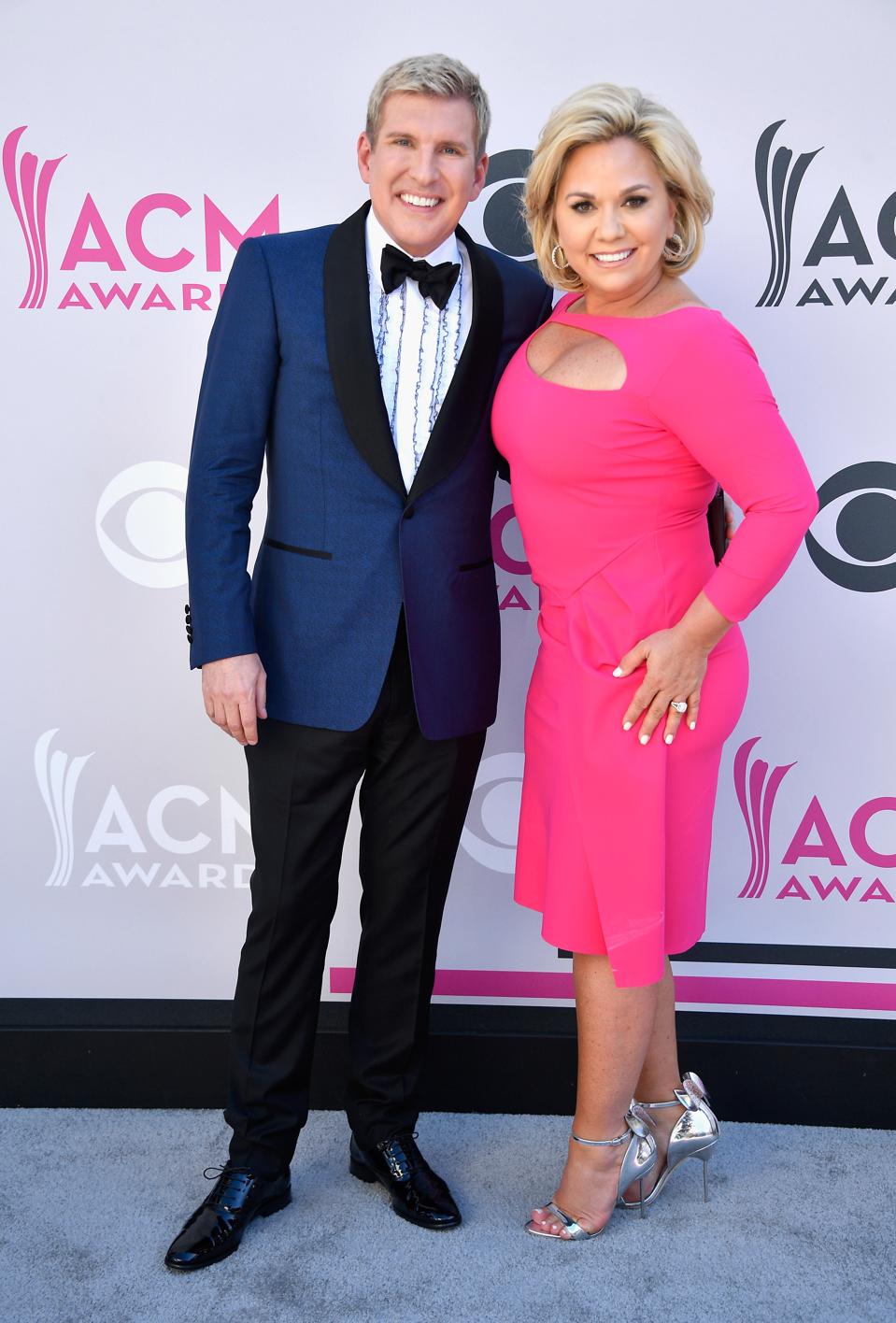 The Chrisleys are the stars of the reality television show Chrisley Knows Best. The show follows the Chrisley family, including adult children and Todd Chrisley’s mother. The show has been very successful, clocking in so far at seven seasons and inspiring a spinoff featuring his children called “Growing Up Chrisley.”

The reality star declared his innocence on Instagram, blaming a former employee. In his post, he wrote, about the employee:

“Needless to say, we fired the guy and took him to court — and that’s when the real trouble started. To get revenge, he took a bunch of his phony documents to the U.S. Attorney’s office and told them we had committed all kinds of financial crimes, like tax evasion and bank fraud. That got their attention all right, but once we had a chance to explain who he was and what he’d done to us, they realized it was all a bunch of nonsense and they sent him on his way.”

The U.S. Attorney’s Office also released a statement today. U.S. Attorney Byung J. “BJay” Pak said, about the indictment, “Todd and Julie Chrisley are charged not only with defrauding a number of banks by fraudulently obtaining millions of dollars in loans, but also with allegedly cheating taxpayers by actively evading paying federal taxes on the money they earned. Celebrities face the same justice that everyone does. These are serious federal charges and they will have their day in court.”

According to Pak, the charges, and other information presented in court, Todd and Julie Chrisley allegedly conspired to defraud numerous banks by providing the banks with false information such as personal financial statements containing false information, and fabricated bank statements when applying for and receiving millions of dollars in loans. After fraudulently obtaining these loans, the Chrisleys allegedly used much of the proceeds for their own personal benefit.

The government also alleges that in 2014, two years after the alleged bank fraud scheme ended, Todd and Julie Chrisley used fabricated bank statements and a fabricated credit report that had been physically cut and taped or glued together when applying for and obtaining a lease for a home in California.

The couple is also charged with conspiring with their Roswell, Georgia-based accountant, Peter Tarantino, of Milton, Georgia to defraud the IRS. According to the Department of Justice, in February 2017, Todd Chrisley publicly claimed on a national radio program that “obviously the federal government likes my tax returns because I pay 750,000 to 1 million dollars just about every year so the federal government doesn’t have a problem with my taxes.” However, the Chrisleys allegedly did not timely file income tax returns for the 2013, 2014, 2015, and 2016 tax years or timely pay federal income taxes for any of those years.

If that sounds vaguely familiar, it’s similar to what reality stars Teresa and Giuseppe “Joe” Giudice were accused of doing. In 2013, Joe and Teresa were indicted on 39 counts of conspiracy to commit mail and wire fraud, bank fraud, making false statements on loan applications and bankruptcy fraud. The charges also include separate charges for Joe for failure to file federal income tax returns for tax years 2004 through 2008. According to the indictment against the Giudices, the couple reportedly submitted fraudulent mortgage and other loan applications and supporting documents to lenders in order to obtain mortgages and other loans. As part of the scheme, Teresa Giudice allegedly submitted fake federal forms W-2 and fake pay stubs to lenders.

The Giudices, who starred in the Bravo reality television show, The Real Housewives of New Jersey, eventually pleaded guilty to a host of charges, including failure to file federal income tax returns. The couple had originally pleaded not guilty to the charges, claiming that they were unfairly targeted for prosecution because of their celebrity. Joe Giudice was sentenced to 41 months in federal prison for financial and tax fraud; his wife, Teresa, was sentenced to 15 months. The Giudices have since been released, though Joe is still awaiting a decision regarding his potential deportation related to the charges.

In this case, the Chrisleys and their accountant, Tarantino, are also accused of taking steps to obstruct IRS collection efforts, which included hiding income, lying to third parties about their tax returns. Tarantino is also accused of lying to FBI and IRS-CI Special Agents.

While the Chrisleys now live near Nashville, Tennessee, the indictment focuses on behavior that allegedly occurred while the family lived in the suburbs of Atlanta, Georgia. That’s why the case was investigated by the Federal Bureau of Investigation – Atlanta and the Internal Revenue Service – Criminal Investigation (IRS-CI) Atlanta Field Office.

“The reality of this indictment is that the FBI takes allegations of bank fraud and wire fraud very seriously and devotes many resources to protecting the institutions and citizens affected by those crimes,” said Chris Hacker, Special Agent in Charge of FBI Atlanta. “The Chrisleys’ will now have their day in court, but anyone else considering this type of alleged activity should take notice.”

“The tax charges in this indictment serves notice that the Internal Revenue Service has zero tolerance for individuals who attempt to shirk their tax responsibilities. This action is also part of a much larger and coordinated effort by the IRS and Department of Justice to aggressively find and crack down on individuals who try to conspire with others to hide their income and then lie to federal agents when confronted. Honest and law abiding taxpayers are fed up with the likes of those who use deceit and fraud to line their pockets at their expense,” said Thomas J. Holloman, III, IRS-CI Special Agent in Charge of the Atlanta Field Office.

It’s not the first time that the Chrisleys have encountered tax troubles. A bankruptcy petition from 2012 shows a number of local tax collectors listed as debtors. And in 2017, a local TV station (Nashville’s WSB-TV) reported that the Chrisleys were slapped with nearly $800,000 in liens by the Georgia Department of Revenue.

A court date for the federal charges has not yet been announced.

Did 1986 Tax Reform Hurt Affordable Housing?
Corporate audits fell 71% as coronavirus crippled IRS
Nikola is a social investing home run for Jeff Ubben as he launches new fund
BlackRock sees risks for U.S. stocks in the second half from virus and politics
These 4 numbers show the dramatic racial economic inequality in the U.S.