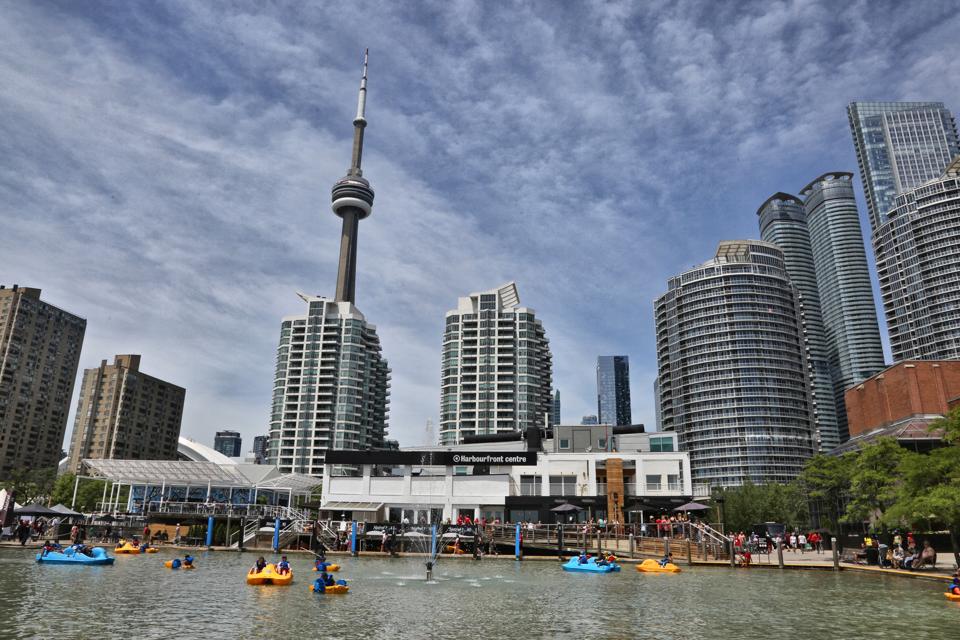 The city of Toronto has become a flash point for a global issue that will soon become one of the most divisive, complex legal, regulatory and administrative challenges of the 21st century: smart cities.

Toronto and Alphabet are hardly alone. Around the world, cities, public advocacy groups and their private sector partners are announcing new smart initiatives on an almost daily basis, ranging from a connected parking spot-finder in the UK to an entire smart city being created from scratch in Saudi Arabia.

If you believe the hype – self-cleaning streets, seamlessly connected transportation networks, thriving centers of innovation and technology excellence – the smart city future looks pretty bright. But there is a darker side to the smart city story that raises all sorts of questions about privacy, security and social equality that have only just begun to surface.

I recently hosted a series of roundtable discussions on this topic, which brought together some of the leading minds in government, technology, telecom, legal, finance, architecture and city planning to address some of these less obvious challenges. The depth of concern about potential unintended consequences stemming from the growth of smart cities was staggering.

One of the most insightful views on the topic came from Andrew Wilson, Executive Director of the Center for International Private Enterprise, an NGO that helps emerging markets build the governance structures they need to support private enterprise growth in their regions.

“It’s very easy to celebrate smart cities, especially when you are sitting in Manhattan, or in places like London or Hong Kong,” he explained. “But let’s be honest, there are a lot of governments in the world that can’t deliver basic services today. How do we expect them to adapt technology and turn cronies or family members who get government jobs into good electronic governance standards? Where do we find the entrepreneurs and the forward thinkers in emerging market countries to start developing those technologies? Where does the money come from? These are all real-world practical barriers that exist in any sort of smart city adaptation and we need to give more thought to that.”

Wilson’s notion of a possible “governance gap” that can become amplified as the smart city movement continues to gain momentum is an important aspect of this story. Possible risks associated with a lack of data governance standards become even clearer when you consider a recent U.S. congressional committee report, which found that the primary objective behind roughly 500 different smart city projects underway in China is domestic surveillance.

Technology Haves and Have Nots

Another serious issue raised by the group was social equality and the idea of a deepening of the digital divide that could unwittingly be exacerbated by the growth of smart cities. While there has been a great deal of focus recently on efforts – such as those in Sonoma County following the horrific wild fire disaster – to use AI and other smart technologies to help vulnerable populations access health and support services, there is also a flip side to the story where smart cities could create new social barriers.

In one example raised at our roundtable, Marc Collins Chen, founder and CEO of a firm called Oceanix, discussed his vision to address the widespread overpopulation of many of the world’s city centers by creating man-made islands that float offshore and provide affordable housing for people who had been priced-out of the mainland. The project, a collaboration with UN-Habitat, MIT Center for Ocean Engineering and many others, is a climate-neutral, sustainable solution to a very real challenge.

“Globally, three million people per week are moving to cities and 90% of the world’s mega cities are coastal,” Chen explained. “Think of Boston, Mumbai, Rio de Janeiro – that is creating an enormous strain on resources.”

Yet despite the inherently noble intentions of the project and its sci-fi cool factor, it also raises several questions about the socioeconomic impacts of these kinds of city planning innovations. Will, for example, floating islands of affordable housing become stigmatized as offshore housing projects, or will they be embraced as sort of hip new urbanism hot-spots? Either way, how will the social perception of this untested approach to city living affect things like demand, real estate prices and public services. Again, the idea of governance – creating laws, regulations and standards – to guide the design of these projects from the onset becomes a critical piece of the puzzle.

Right now, the smart city movement is still in a sort of Wild West phase where bold innovators, opportunistic government authorities and curious explorers are just now waking to the potential of hopping the next wagon train. Just as we saw in 1849, the path to that new promise land is littered with obstacles, important lessons and a fair amount of danger. Ultimately, those experiences will shape the future for all of us, but we should all be prepared for a bumpy road along the way.

Tax refunds down almost 5% as U.S. filing season gets underway
U.S. credit card debt has soared to $930 billion. Here’s what some presidential candidates would do to help
5 tax tricks that could save you thousands
7 ways to boost your firm’s visibility during tax season
Bloomberg’s Financial Transaction Tax (FTT) Proposal Revives Bad Policy