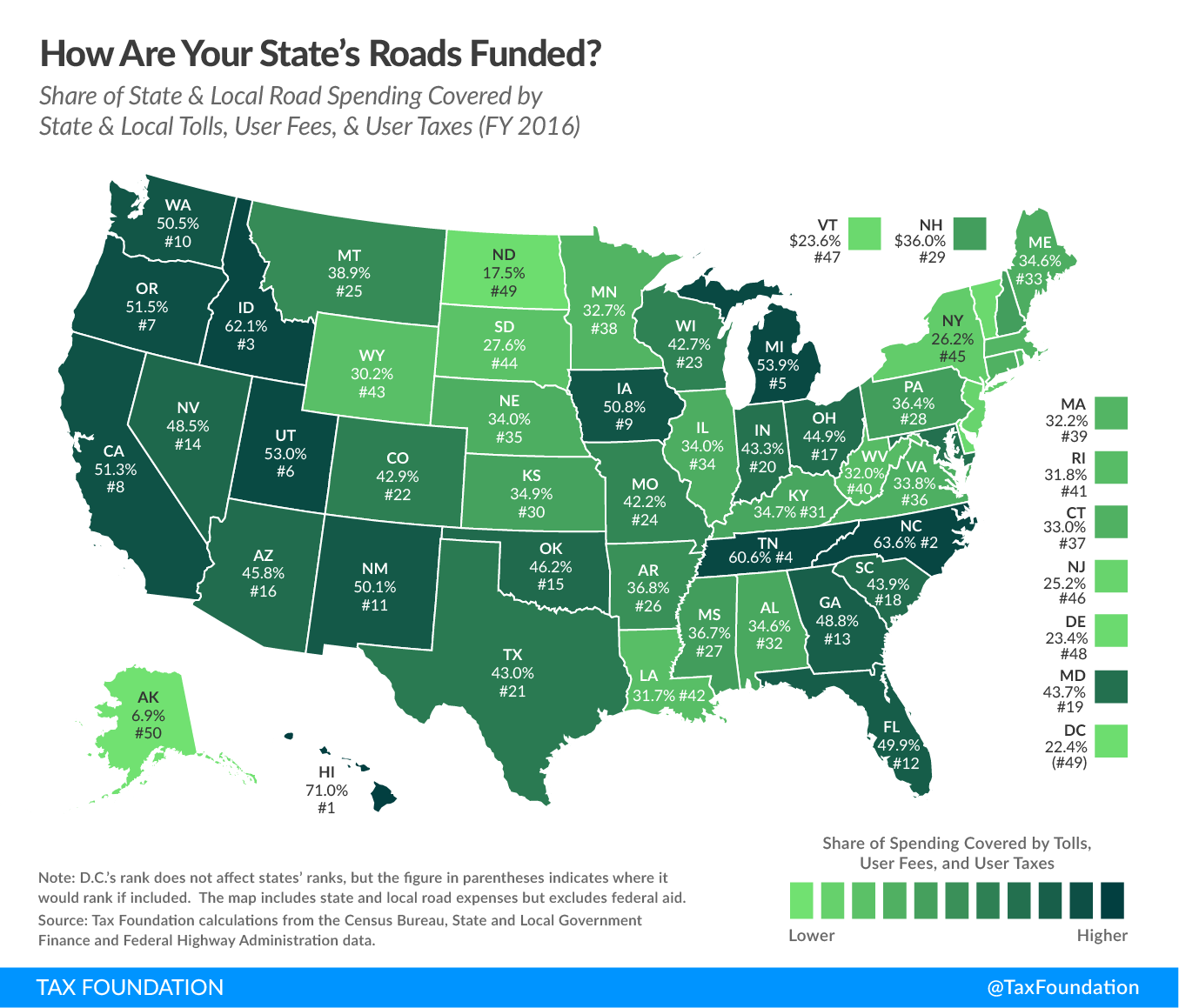 When we think of road funding, we tend to think of the taxes we pay at the pump. Gas taxes are largely used to fund infrastructure maintenance and new projects, but the amount of state and local road spending covered by gas taxes, tolls, user fees, and user taxes varies widely among states. It ranges from only 6.9 percent in Alaska to 71 percent in Hawaii. In the contiguous 48 states, North Carolina relies the most on dedicated transportation revenues (63.6 percent), while North Dakota relies on them the least (17.5 percent). States like Alaska and North Dakota keep their transportation taxes low in the same way that they keep all taxes on state residents low—by exporting taxes, primarily through the severance tax.

States that cannot rely on extractive industries for funding have tried a variety of funding sources to come up with the money necessary for infrastructure upkeep. Though politically unpopular, gas taxes, fees, and tolls are all relatively good applications of the benefit principle—the idea that the people paying the taxes and fees should be the ones to benefit from them. However, federal and most state gas taxes are not indexed for inflation. This means that, as time goes on and inflation rises, the real value of the gas tax decreases even as the nominal rate remains the same, leaving states with budget shortfalls and gaps in infrastructure funding. States should seek to fund infrastructure through user taxes and fees as much as possible, internalizing the costs associated with using the state’s transportation systems.

For a more detailed breakdown of where states’ user-based road funding comes from, check out the table below.

For a map of state gasoline tax rates, click here.

Bill Ackman says accusations he tried to drive down market in interview are ‘absurd’
New Yorkers have until July 15 to file state tax returns, Cuomo confirms
AccountingSuite and Tax1099 integrate to make e-filing easier for contractors
Inherited an IRA? You can skip your distribution for 2020
Tax Fraud Blotter: Civic misbehavior