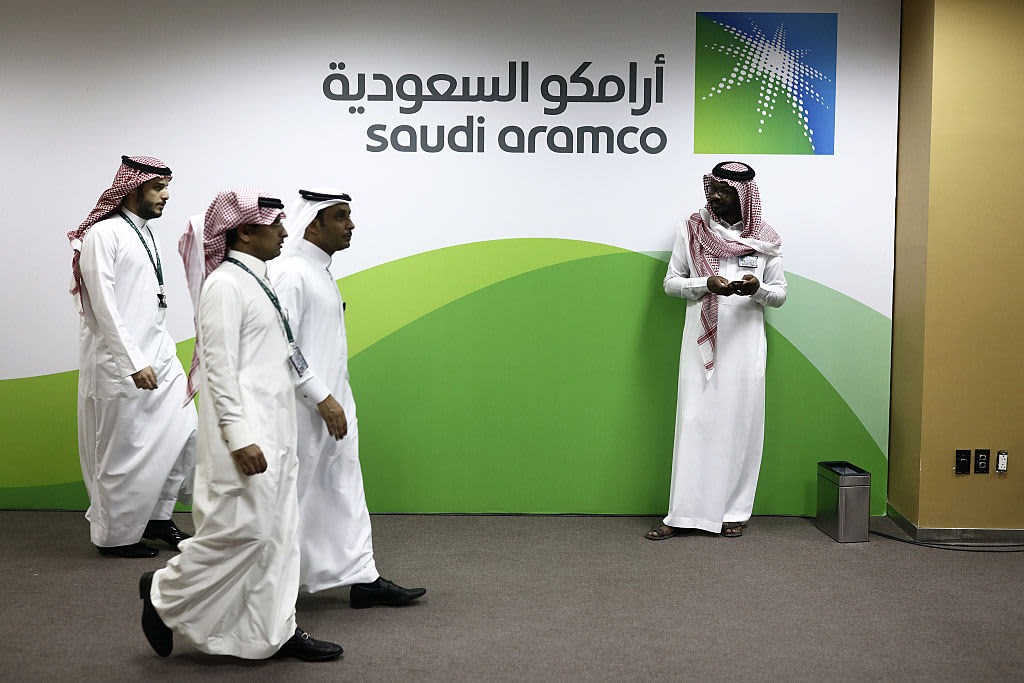 Saudi oil production will be fully back online by the end of September, the kingdom’s Energy Minister Prince Abdulaziz bin Salman told media during a press conference in Jeddah on Tuesday, sending oil prices down by nearly 6% just a day after their biggest jump in history.

The world’s largest crude oil processing facility and heartbeat of Saudi Arabia’s energy industry was targeted in drone and missile attacks early Saturday morning that knocked out half of the OPEC kingpin’s production capacity.

Fifty percent of the crude production cut from the attack has been restored in the past two days, bin Salman said, adding that production capacity would reach 10 million barrels of crude per day (bpd) by the end of September and 12 million bpd by the end of November.

“We are in the process to bring back oil refining to full capacity,” bin Salman said.

“The IPO is a commitment by the shareholder, the government of Saudi Arabia, and we think the IPO will continue as is, we are not going to stop anything,” al-Rumayyan said. “This would make us even be firm when it comes to taking the company public, so I think anytime in the coming 12 months we’ll be ready as per the market opportunity.”

The kingdom reportedly plans to list 1% of Aramco on its local stock exchange before the end of this year and another 1% in 2020 as first steps ahead of a public sale of roughly 5% of the company, which is the largest in the world.

Abqaiq in Saudi Arabia’s Eastern province and the nearby Khurais oil field, Saudi Arabia’s second-largest, suffered fire damage on Saturday that shut shut out 5.7 million barrels of daily crude production. That represents 50% of the kingdom’s oil output, or 5% of global oil production.

Saudi Aramco CEO Amin Nasser, speaking at the press conference, said that despite the oil attack being “huge,” the company was able to restore capacity.

“We have enough oil products to supply the local market,” Nasser said, adding that Aramco would compensate local refineries with additional feed in the next few days.

Abqaiq is the world’s largest oil processing facility and crude oil stabilization plant with a processing capacity of more than 7 million barrels per day (bpd). Khurais has a capacity to pump around 1.5 million bpd. Ten fires at the Abqaiq facility were put out in seven hours, Nasser said.

“Where would you find a company in the whole world that went through such a devastating attack and came out like a phoenix?” bin Salman asked the audience. He was met with applause.

In August, Saudi Arabia produced 9.85 million bpd, significantly below an output cut target it had coordinated with other OPEC and non-OPEC members to boost crude prices in a global low-demand environment.

The geopolitical risk premium has returned to markets, industry experts say, ushering in a more bullish longer-term outlook due to the immediate need to draw down on crude stockpiles. The price outlook, and investor confidence in Aramco’s highly-anticipated initial public offering ⁠— which would be the biggest in history ⁠— depends heavily on how quickly the Saudis can restore full production capacity.

A lead analyst from S&P Global told CNBC on Monday that the attack “effectively eliminates the world’s spare capacity.”

While Yemen’s Houthi rebels, who have been at war with the Saudis since 2015, claimed responsibility for the attack, numerous officials and analysts point to Tehran. U.S. Secretary of State Mike Pompeo via Twitter blamed Iran for the attack, saying “Iran has now launched an unprecedented attack on the world’s energy supply. There is no evidence the attacks came from Yemen.”

Tehran replied by calling the claims “meaningless” and “pointless.”

Correction: The headline was revised to correct that the Saudi energy minister said full oil production will be restored by the end of September. An earlier headline misstated when he said it would be fully restored.

U.S. starts probe into digital tax plans from EU to India
Which IRS division is conducting your R&D credit exam? The answer is crucial
The GOP doesn’t want more stimulus checks. How that could change
Tax Fraud Blotter: Doctors in the house
Deciphering a tax code written before cryptocurrency