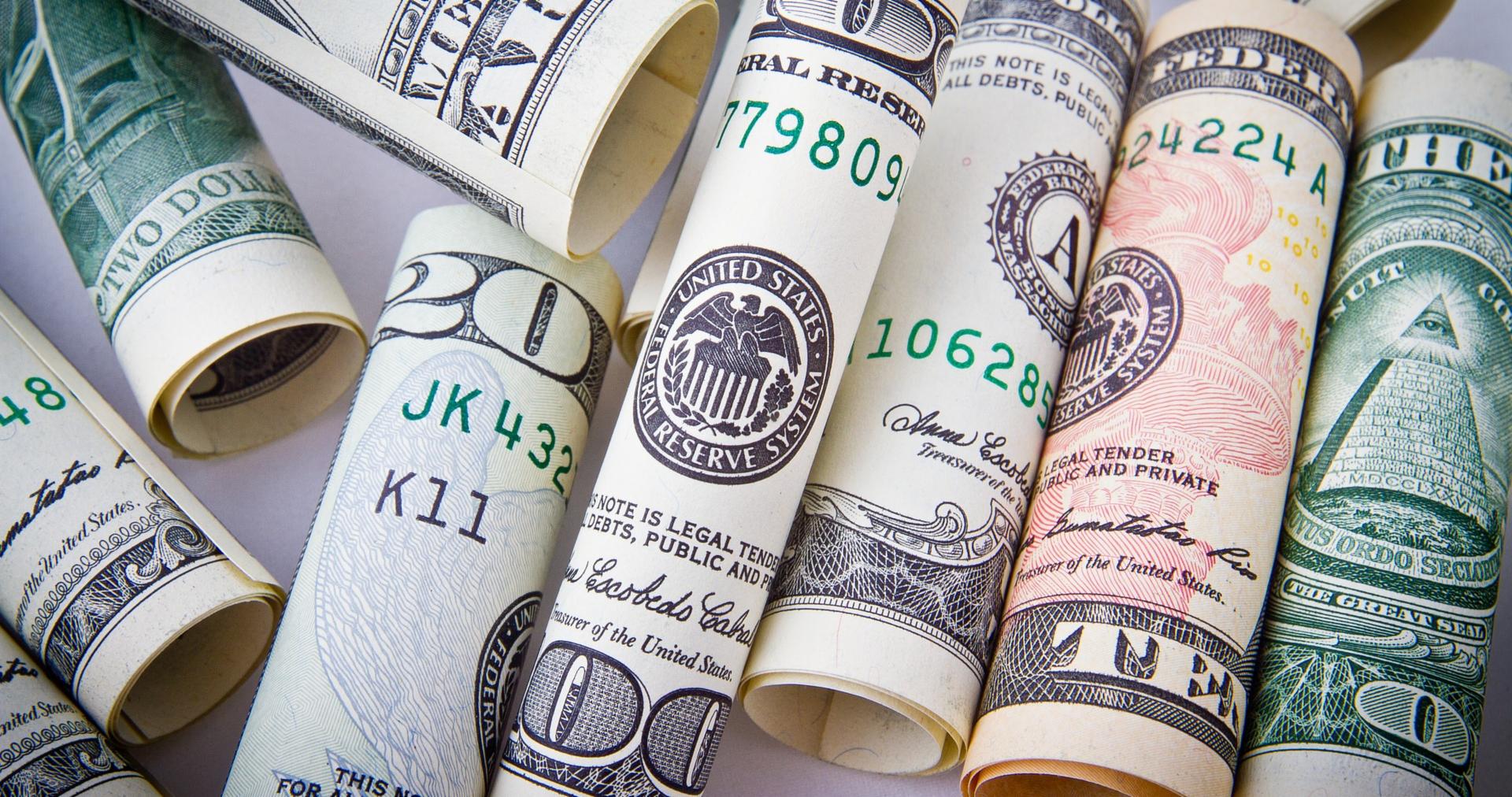 Under current law, capital gains—or the value of an asset in excess of its cost basis— are not taxed until an asset is sold (or “realized”). The option to time when capital gains are realized allows taxpayers to minimize their tax bill, and makes capital gain realizations sensitive to tax rates.

Researchers distinguish between permanent and temporary elasticities because expected changes in the tax rate can have a temporarily large effect on capital gains realization behavior. This can be seen in JCT’s “Figure 1” below, which graphs total realized capital gains against the maximum tax rate on capital gains, from 1979 to 2013[1]. 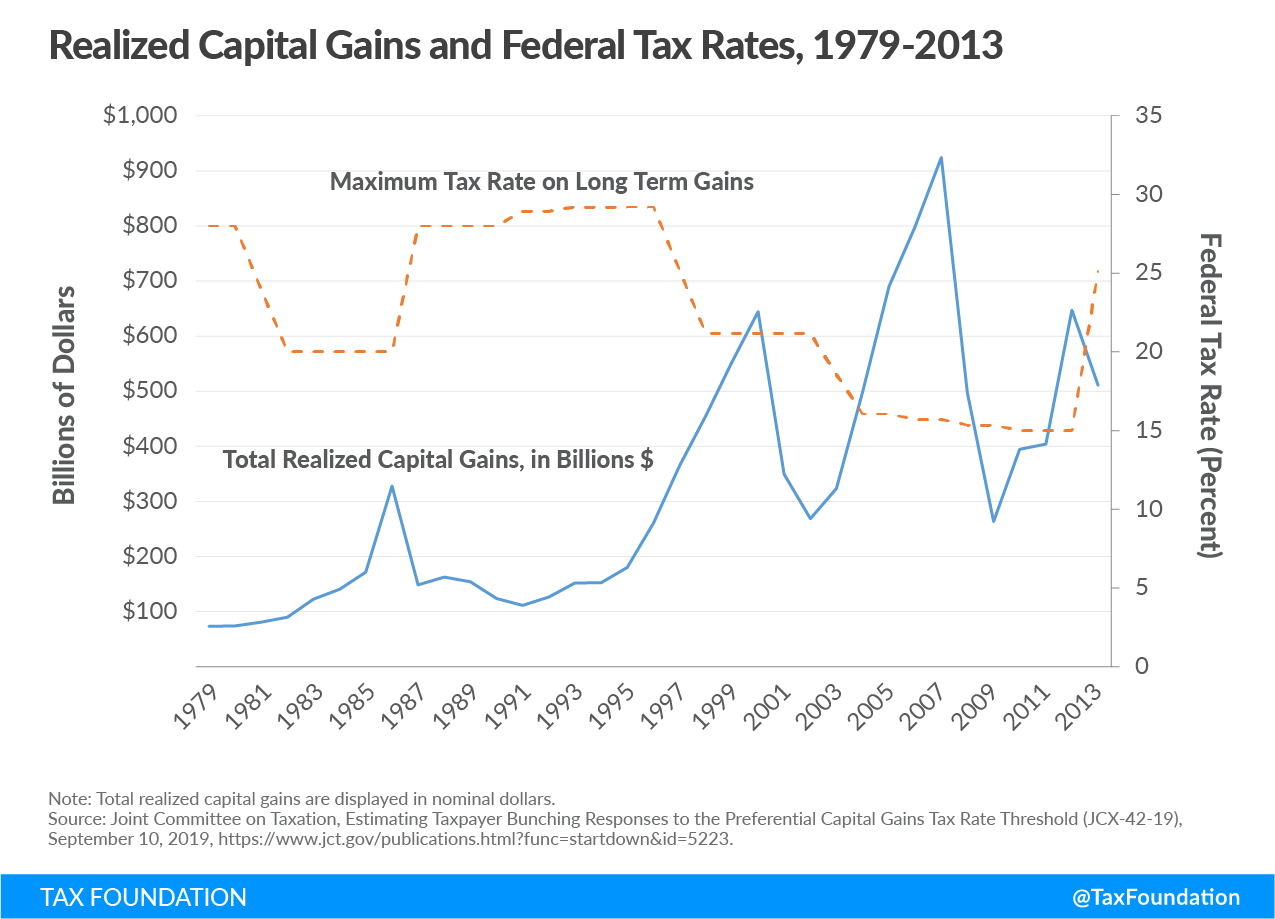 JCT’s study shows how challenging taxing capital gains can be with deferral. Though policymakers can increase rates, taxpayers can change their behavior to avoid these higher rates. Taxpayers accelerated realizations twice between 1979-2013 to avoid higher tax rates. And under current law, taxpayers can avoid capital gains taxes completely if they pass property on to heirs at death, under step-up in basis. This generates a “lock-in effect” that discourages capital gains realizations.

Senate Finance Committee Ranking Member, Ron Wyden (D-OR), has proposed a mark-to-market tax system that would eliminate deferral for individuals earning more than $1 million annually or with assets totaling over $10 million. Under his proposal, these taxpayers would pay capital gains taxes on unrealized capital gains in liquid assets annually. Capital gains in illiquid assets would not be taxed annually, but a “lookback charge” would be assessed on these gains upon realization to mitigate the tax benefit of deferral and encourage realizations.

Eliminating deferral would have mixed effects. As my colleague, Taylor LaJoie, pointed out:

Wyden’s plan would eliminate the lock-in effect for some taxpayers. Individuals subject to Wyden’s proposal would no longer have a choice over when they paid taxes on capital gains. As a result, there would no longer be an incentive to hold on to these assets. Even so, the proposal would also increase the tax burden on savings by accelerating taxes on capital gains and could have an impact on the incentive to save.

JCT’s report on capital gains elasticities reminds us that capital gains realizations, at least under a tax system that allows deferral, are sensitive to tax rates. Moving to mark-to-market taxation of all capital gains would remove this sensitivity by taxing capital gains annually. This would increase economic efficiency by removing taxation from the decision of when to realize capital gains. It would also increase taxes on savings and limit incentives to save.

Bracing for Impact
Don’t blow your tax refund! Four ways to invest it wisely
This trendy tax play is making its way to financial advisors
Expenses Are Red, Tariffs Are Blue; Gamers, Bingers, and Women… There’s Tax News For You, Too
Banning Flavored Tobacco Could Have Unintended Consequences