Most people consider getting in to college a numbers game.

However, in the wake of last year’s college admissions scandal, which underscored how much pressure parents and students feel to be accepted into elite universities, admissions directors are quietly turning their attention to something besides test scores.

“Authenticity and honesty are at a premium,” he said.

Seeing applicants who are “excited and deeply engaged has made the difference,” said Jon Daly, the admissions director at Thomas Aquinas College in Santa Paula, California, which requires several essays and letters of recommendations as part of its application process.

Almost every institution is looking more carefully at character.

Of course, non-academic factors have been used in an ad hoc way for years, according to Robert Massa, a former admissions dean at Drew University, Johns Hopkins and Dickinson College.

“It’s going to become even more important in the years ahead,” he said, especially at the most selective institutions as more and more students apply.

Last spring, Princeton University offered admission to just 5.8% of its 32,804 applicants, Yale hit an admissions rate low of 5.9% and, at Harvard, the admission rate hit a record low 4.5% of applicants securing spots in the Class of 2023.

Along with shrinking acceptance rates comes an even greater flood of applicants every year, Massa said, all with exceptional test scores and grades.

That makes it harder for schools to rely on traditional metrics. “Because they have so many students with high scores, [colleges] can’t really differentiate easily,” Greenberg said. As a result, “a lot of private colleges put more emphasis on the subjective piece.” 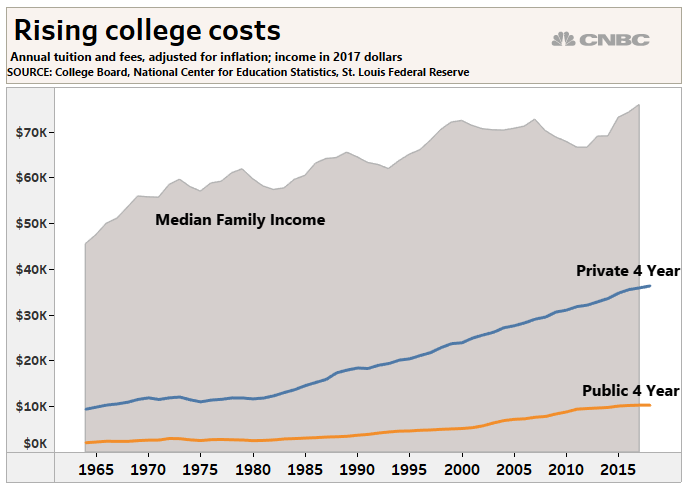 Although research is ongoing on how best to measure “character,” admissions officers across the country are already taking a closer look at applicants who demonstrate certain attributes, such as risk taking, leadership, initiative or resilience, according to Greenberg.

For example, “if someone is a camp counselor for a few years or they have been babysitting for the same family for a long time, that shows they are patient and loyal.”

“If you take those pieces and combine them with recommendations and essays, you can glean a lot,” Greenberg said.

More from Personal Finance:
Why so few teenagers have jobs anymore
Here’s what attending a top college is worth
To get more college aid, file the FAFSA sooner

“Your grades and scores get you into the good pile but it’s your character that helps you stand out,” added Hafeez Lakhani, an academic counselor and president of Lakhani Coaching in New York. Lakhani advises students to consider a sincere way they can contribute to their community that reflects their personal interests.

To be clear, the intention is not to use a subjective measure like character as a way of excluding some groups, Massa said – especially after Harvard’s affirmative action admissions policies came in to question when records showed that many Asian-Americans who outperformed most applicants on standardized tests and in grade point averages ended up being rejected because they scored poorly on the school’s more arbitrary personal ratings system.

Rather, a shift in priorities can help families with college-bound children break free from some of the intense academic pressure that’s exacerbated in high school, Massa said.

“It’s really critical for all of us to signal the importance of character, in our society, in ourselves and in our students,” Massa said.

Massa now serves as the chair of the Character Collaborative, a volunteer organization of about 65 schools and colleges dedicated to promoting the use of character attributes in the admissions process.