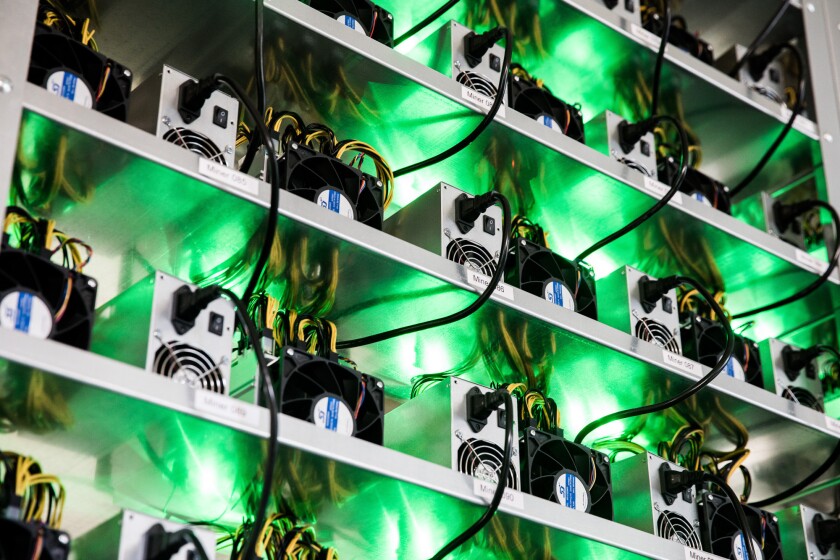 Leaders of tax enforcement authorities from the U.S., Australia, Canada, the Netherlands and the United Kingdom met this week to discuss ways to deal with tax crimes and tax evasion, particularly involving cryptocurrency.

The Joint Chiefs of Global Tax Enforcement from the five countries, known as the J5, brought together investigators, cryptocurrency experts and data scientists to discuss how they can track down tax criminals who are using cryptocurrency such as Bitcoin.

“The goal of the week was to remove some barriers and work together collaboratively to identify the most egregious tax offenders in the world,” said Ryan Korner, executive special agent in charge of the Los Angeles Field Office of IRS Criminal Investigations, which hosted the challenge this year. “Cybercrimes and the cybercriminals who commit them don’t have any borders and it’s imperative that we work together to protect the global financial system and the integrity of each nation’s tax system.”

The event, dubbed “The Challenge,” was hosted last year by the Netherlands’ Fiscal Intelligence and Investigation Service in Amsterdam. This year, which was the second year of the Challenge, officials from the five agencies met in Los Angeles to talk about those individuals who are the most egregious tax offenders across the globe. While last year’s meeting in Amsterdam focused on enablers of tax evasion, this year the Challenge meeting focused on cryptocurrency.

“The J5 is made up of the best and brightest of each of our countries so it makes sense to host events like the Challenge where we can get together, cut through red tape, and make real investigative strides,” said IRS Criminal Investigation Chief Don Fort in a statement. “This is not an exercise dealing with hypothetical scenarios. These are real investigators, using real data, finding real criminals through leads generated this week.”

The group made progress this week in sharing information and technology. “I want to emphasize that this week was not just a hypothetical training exercise,” Korner said during a conference call with reporters Friday. “All of the participants from the J5 countries rolled up their sleeves and worked together using real data to identify real criminals. One thing was really clear this week and that’s the J5 countries are committed to identifying and holding accountable tax cheats and other criminals who attempt to use the dark web and cryptocurrency as an underground economy.”

Experts from each country talked about ways to leverage various open and investigative sources, including offshore account information. Using various analytical tools, members of each country split into teams with the goal of generating leads and finding tax offenders using cryptocurrency based on the new data available to them through the challenge. Real data sets from each country were brought to the challenge to make connections where current individual efforts would take years to make those same connections.

“We brought together not only technical experts again to work on algorithms and other platforms where we could collaboratively share information, but also our cyber experts,” said IRS-CI special agent Chris Hueston, who is J5 project lead for the United States. “We spent a good period in the J5 runup making sure of level setting with our cyber investigators and making sure we were all on the same pages. Then today and earlier this week the collaboration on the international level has been at a level that we really haven’t seen before. We’re using the J5 as a force multiplier, bringing together the leading experts from each country and their toolsets and toolkits to collaboratively target those transnational actors who are tax evaders and the financers of transnational criminal organizations. From our perspective, this is a new and emerging area in the digital currency with respect to tax evasion and illicit actors and we’re looking to stay ahead of that curve and to let those actors know that we’re out there and we will find you.”

At the conclusion of the Challenge, each country’s tax investigators had developed a number of leads, trends, methodologies and investigations encompassing all of their countries. The information will be used to advance existing and future investigations.

“Being able to come together and share expertise, which hasn’t been done before, we can develop new platforms that we can each take back to our respective countries, importing the data that we each have to be able to data map, utilizing these new tools and develop new leads that we previously would not have known about prior to this challenge,” said Brooke Tetzlaff, a supervisory special agent at the IRS Criminal Investigation division and a U.S. participant in the Challenge.

Senate bill would stop garnishment of stimulus payments by debt collectors
Summer camp: If it’s not outside, what is it worth?
The UK just sold its first ever negative-yielding government bond
IRS proposes new rules for retirement and annuity payments
No State is Immune From COVID-19’s Economic And Fiscal Fallout