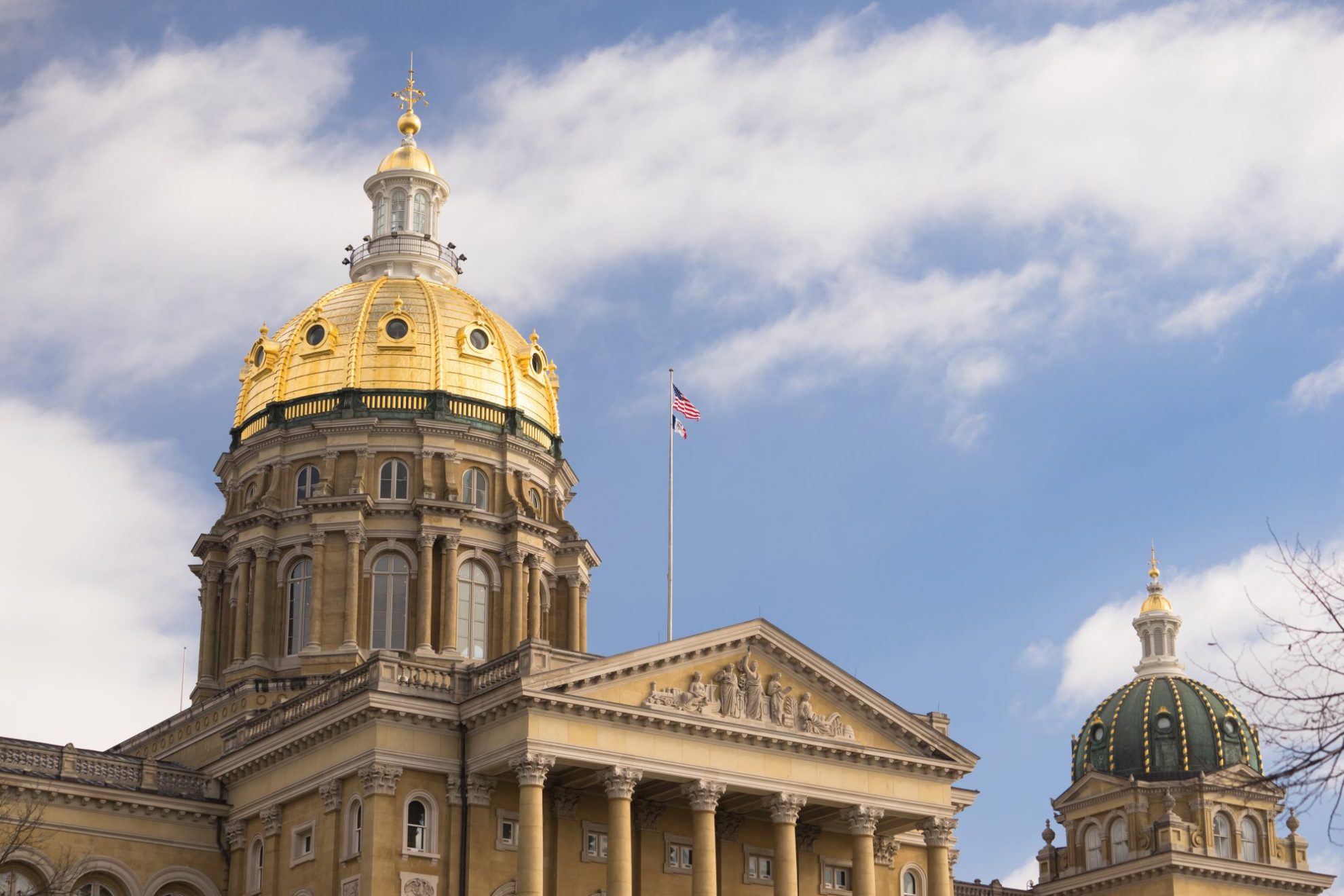 Building on tax reforms adopted in 2018, Iowa Gov. Kim Reynolds (R) is proposing additional reforms which expand and guarantee the promises of the 2018 legislation while modestly rebalancing tax collections between income and consumption. Were these proposed reforms in effect today, Iowa would rank 37th overall on our State Business Tax Climate Index, an improvement from its current rank of 42nd, with particularly stark improvement in the individual income tax component of the Index.

The 2018 legislation is gradually transforming Iowa’s nine-bracket individual income tax, with an initial top rate of 8.98 percent (now 8.53 percent) into a four-bracket tax with a top rate of 6.5 percent; the top rate of the corporate income tax is slated to decline from 12 to 9.8 percent. In both cases, an unusual policy of “federal deductibility,” under which federal tax liability could be deducted from Iowa taxable income, would be repealed. Other changes include the repeal of the individual and corporate alternative minimum taxes, modifications of several business credits, and an enhanced deduction for pass-through business income.

Beyond the tax realm, the proposal also dedicates increased funding to water quality and quality of life efforts and invests additional state resources in the mental health system. Furthermore, whereas some of the currently scheduled individual income tax reductions are subject to revenue triggers, the new proposal would lock reductions in place, taking the top income tax rate to 5.5 percent in 2023.

Were these additional reforms in place, Iowa would rank 20th on the individual income tax component of our State Business Tax Climate Index, which measures the competitiveness of states’ tax structures, improving from 42nd. It would rank 26th on sales taxes, a decline from 15th, reflective of the rate increase, which yields a higher-than-average state and local combined rate. And, as noted, it has the overall effect of improving the state’s total rank from 42nd to 37th.

If adopted, these reforms would increase tax certainty and improve the state’s overall tax structure. The slightly greater emphasis on sales over income tax collections is also beneficial, as sales taxes tend to be more economically neutral, meaning that they have less of an impact on economic growth or decision-making than do income taxes.

In 2016, the Tax Foundation published a guide to reforming Iowa’s tax code. Although there is still more work to be done, particularly in the structure of the state’s corporate income tax, the 2018 reforms, combined with the governor’s proposals, would represent a substantial step in the direction of the simpler, more neutral, more pro-growth tax code we envisioned.