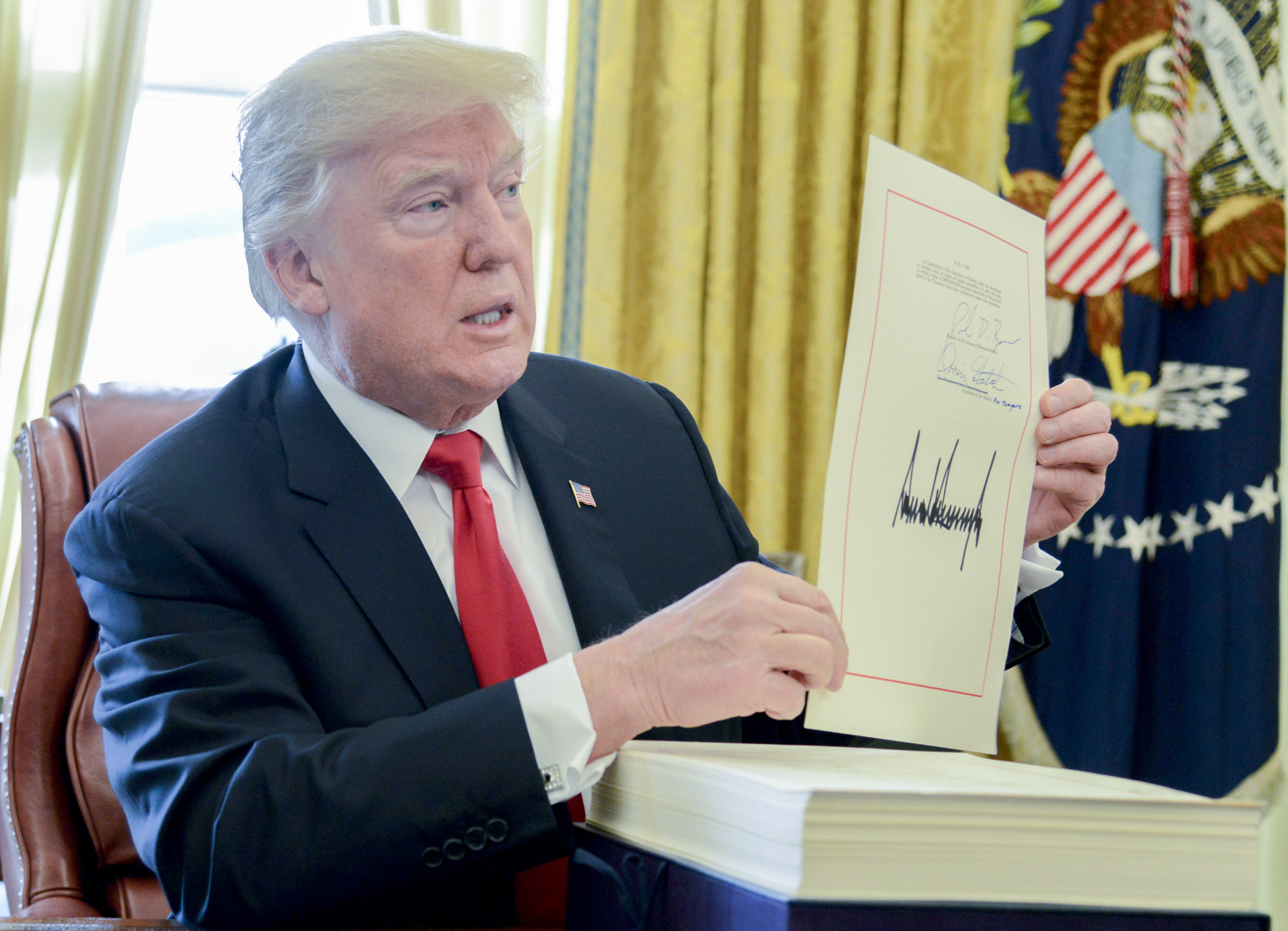 Some of the hardest evidence yet indicates that the 2017 Republican tax law is pushing money and people from high-tax U.S. states like New York and New Jersey and into low-tax states including Florida.

In 2018, low- and lower-tax states gained $32 billion more in adjusted gross income than higher tax states, according to a Bank of America Global Research analysis of income migration data. The net gain — almost $2 billion more than in 2017 — was nearly twice the average over the last 13 years. The Republican overhaul capped state and local deductions at $10,000, making it harder for people to shield as much income from taxes as they could before.

At the same time, states like Florida and Texas, which don’t have an income tax, are seeing more and more people move there. New York, California, Connecticut and New Jersey — the states that had the highest average SALT deductions, lost about 455,000 people between July 1, 2018 and July 1, 2019, compared with 408,500 the prior year, according to U.S. Census data. Most of the increase came from people leaving California.

“The implication would be at the very least, people are sensitive to large changes in federal tax policy,” said Ian Rogow, a municipal strategist at Bank of America who analyzed the data.

Almost half of income taxes paid to California, New York and New Jersey come from the wealthiest 1 percent of households. If they were to move in large enough numbers, those states could be in trouble. So far, however, the federal tax overhaul — which broadened the tax base — and steady economic growth have led to higher state tax revenue overall. States collected $327.7 billion in income tax revenue in the first three quarters of 2019, about 6 percent more than the same period in 2018, according to the Census Bureau.

To be sure, people move for a variety of reasons: jobs, housing costs and the weather among them. Despite having the third-highest personal income tax rate, Oregon was the second-most popular moving destination in the U.S., according to United Van Lines Annual Movers Study. The survey found that job changes and retirement were the two biggest reasons for leaving the northeast.

The Republicans’ 2017 tax law capped the SALT deduction as a way to help pay for $1.5 trillion in corporate and personal income tax cuts. Governors in Democratic-led states most affected by the new limit, including New York and New Jersey, accused Republicans of targeting them to pay for the cut. In October a federal judge ruled against New York, New Jersey, Connecticut and Maryland, which had sued to overturn the cap, arguing it was unconstitutional. The states are appealing.

The SALT limit significantly raised the effective taxes for wealthy residents of blue states. In 2017, about 140,000 tax filers in Manhattan with adjusted gross income of $200,000 or more paid $21 billion in state and local income taxes, or $150,000 on average, according to IRS data. About 83,000 of these filers paid an average $25,000 in property taxes. In Westchester, home to the nation’s highest property taxes, the wealthiest residents paid about an average $65,000 in state and local income taxes and $28,000 in real estate taxes.

In the fourth quarter of 2019, Westchester homeowners cut an average of 4.1 percent from their last asking price to sell their homes, according to a report last week, a sign that sellers have to slash prices to attract buyers. The price cuts were the most for any three-month period since the end of 2014, according to a report by appraiser Miller Samuel Inc. and brokerage Douglas Elliman Real Estate.

— With assistance from Oshrat Carmiel

Both Biden and Sanders want to boost Social Security benefits. So why are they fighting on the issue?
Buy these top stocks ahead of earnings, including Netflix and Guess, Wall Street analysts say
Expat tax services directory updated and expanded
6 ways to keep a money talk with your teens from turning into a heated argument
A theory on who’s doing all the buying that’s pushing stocks higher and higher