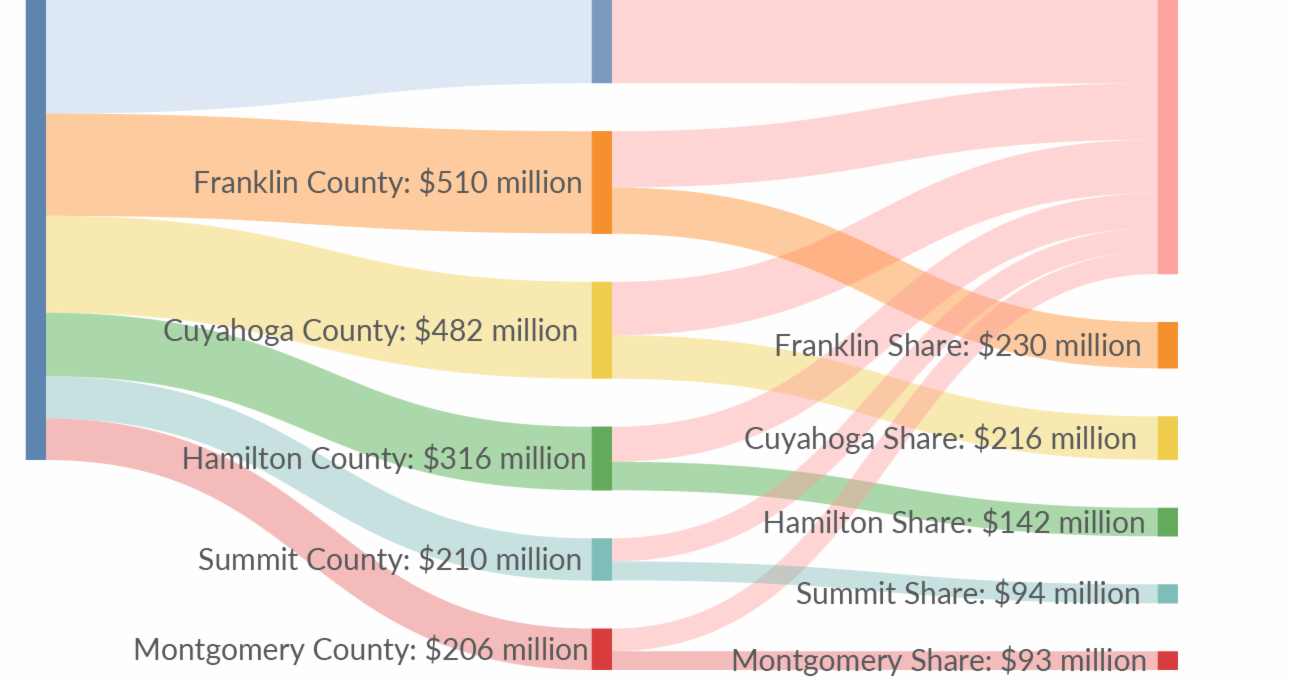 State and local governments across the country split $150 billion in federal aid under a provision of the Coronavirus Aid, Relief and Economic Security (CARES) Act, passed on March 30th. The division of these dollars, made available through the new Coronavirus Relief Fund, has generated significant confusion. Here, we explain how the money is allocated, and provide a table showing the amount available for each state and eligible county across the country.

Allocation is by population, except that $3 billion is reserved for U.S. territories and the District of Columbia, $8 billion is set aside for tribal governments, and each state is guaranteed at least $1.25 billion even if its population share would otherwise indicate a lesser amount.

To see how this works, consider the example of Ohio: 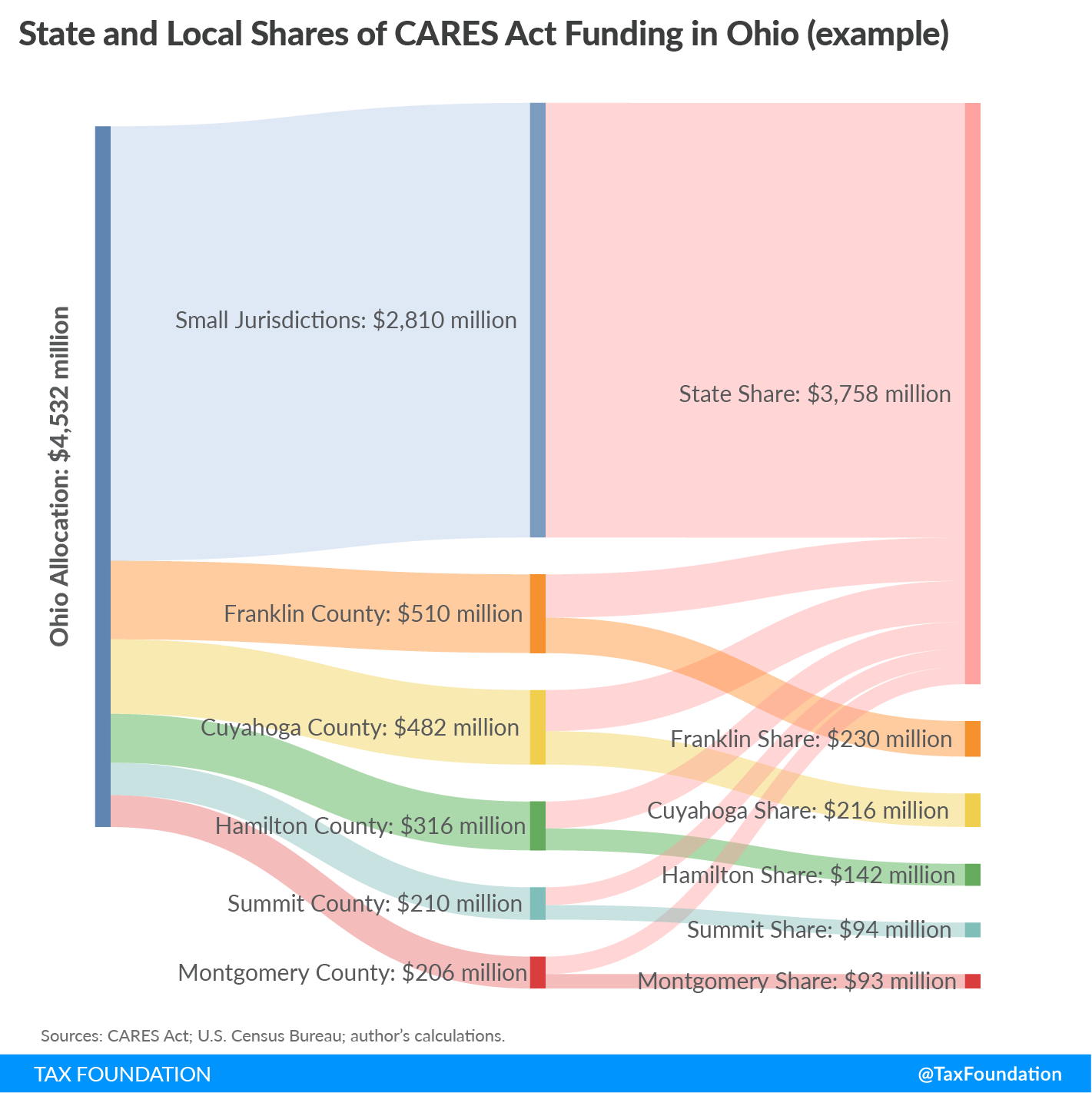 Notably, the language of the CARES Act mentions counties, cities, and other local governing bodies—and, with a few exceptions, cities are situated within counties, meaning that in many cases there are overlapping eligible populations. The city of Columbus, Ohio, for instance, is the county seat of Cuyahoga County, and both have populations in excess of 500,000.

It is not clear how the U.S. Treasury Department will handle such overlapping populations. One plausible interpretation is that the city can claim the share associated with its population and the county may claim the share associated with county residents outside the city. Treasury could also allow these jurisdictions to share the revenue in other ways. What is reasonably clear, however, is that they may not double up: Cuyahoga County and all its subdivisions are entitled to a total of $216 million, however it may be divided between the city and county.

The following table shows how much is allocated to each state overall (state and local government combined), plus how that aid is broken out—the state share and the share for each eligible county or county equivalent (including independent cities). As with the example above, in some cases, cities within these counties may share in the amount indicated for the county.

This table uses the latest available population data, circa July 2019. It is possible that the Treasury Department will use different figures. The greatest possible effect of using a different population dataset would be the inclusion or exclusion of jurisdictions just on the cusp of the 500,000-person threshold. As of July 2019, for instance, Sonoma County, California had a population of 494,336, and Morris County, New Jersey had a population of 491,845. If either of these counties, or others that are in similar positions, were to exceed the 500,000 threshold under the count employed by the Treasury Department, local distributions would diverge slightly from the amounts indicated below.

EU Member States Pushing EU-wide Vapor Tax
The Dow will fall back to coronavirus crash level below 19,000 before new high: CFO survey
Everything you need to know about SpaceX’s historic Demo-2 launch, its first with NASA astronauts
Devos sued over seizure of student tax refunds amid pandemic
University of Michigan is taking steps to bring students back on campus this fall