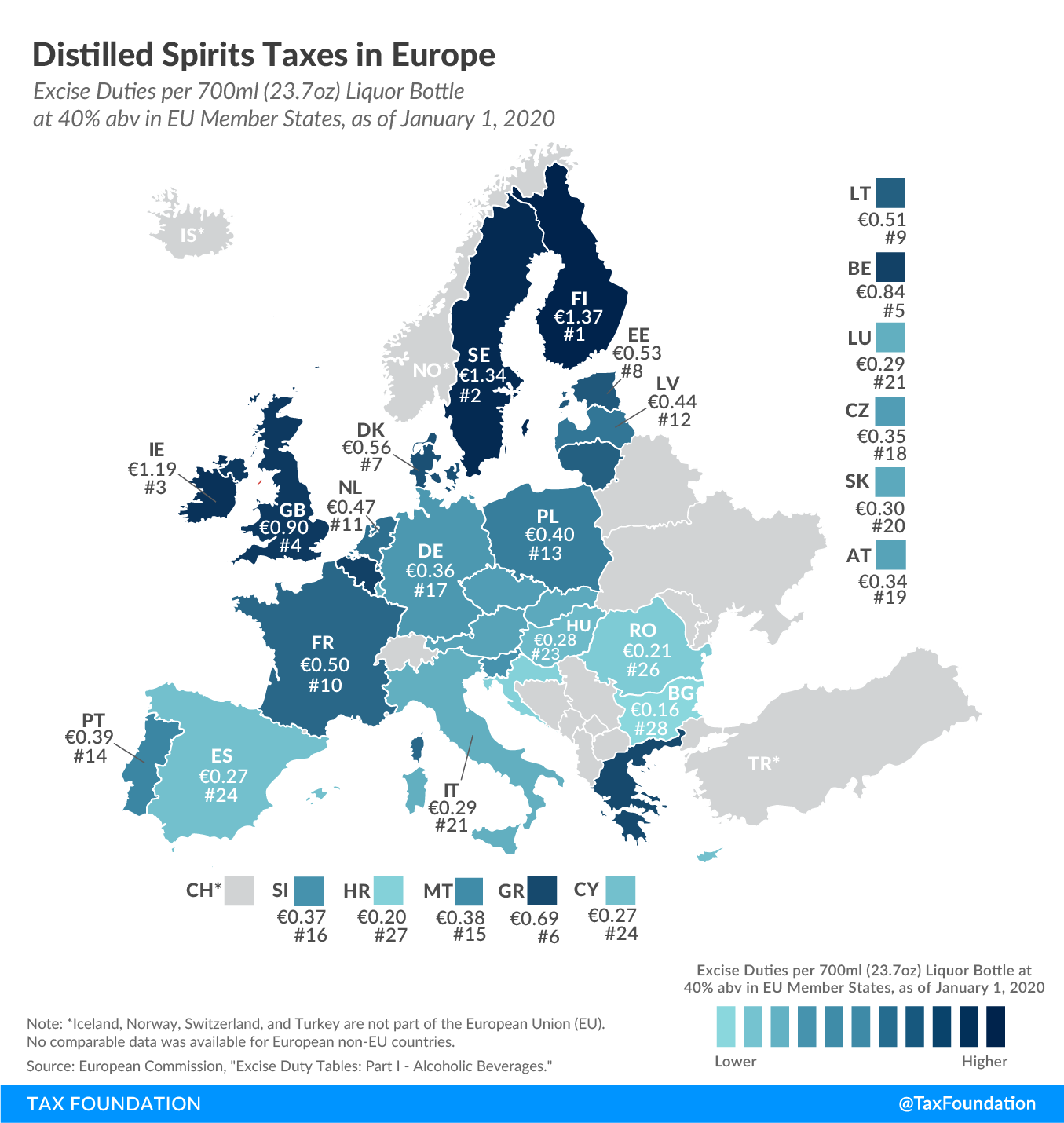 All European Union (EU) countries levy excise duties on distilled alcohol; excise tax is applied to the cost of goods on purchase.

In 2016, the Czech Republic, Germany, and Lithuania consumed the most (recorded) liters of alcohol per adult (15+) in the EU. All three countries have excise duties at or below the EU average.

Red States Are Looking At Income Tax Cuts. But Will It Help Small Business Growth?
IRS Collections Appears To Be Broken
The Delicate Deficit Dance That Will Define Biden’s Presidency
You May Be Missing Out on Extra Money from the IRS
New York Governor Proposes THC-based Tax on Recreational Marijuana