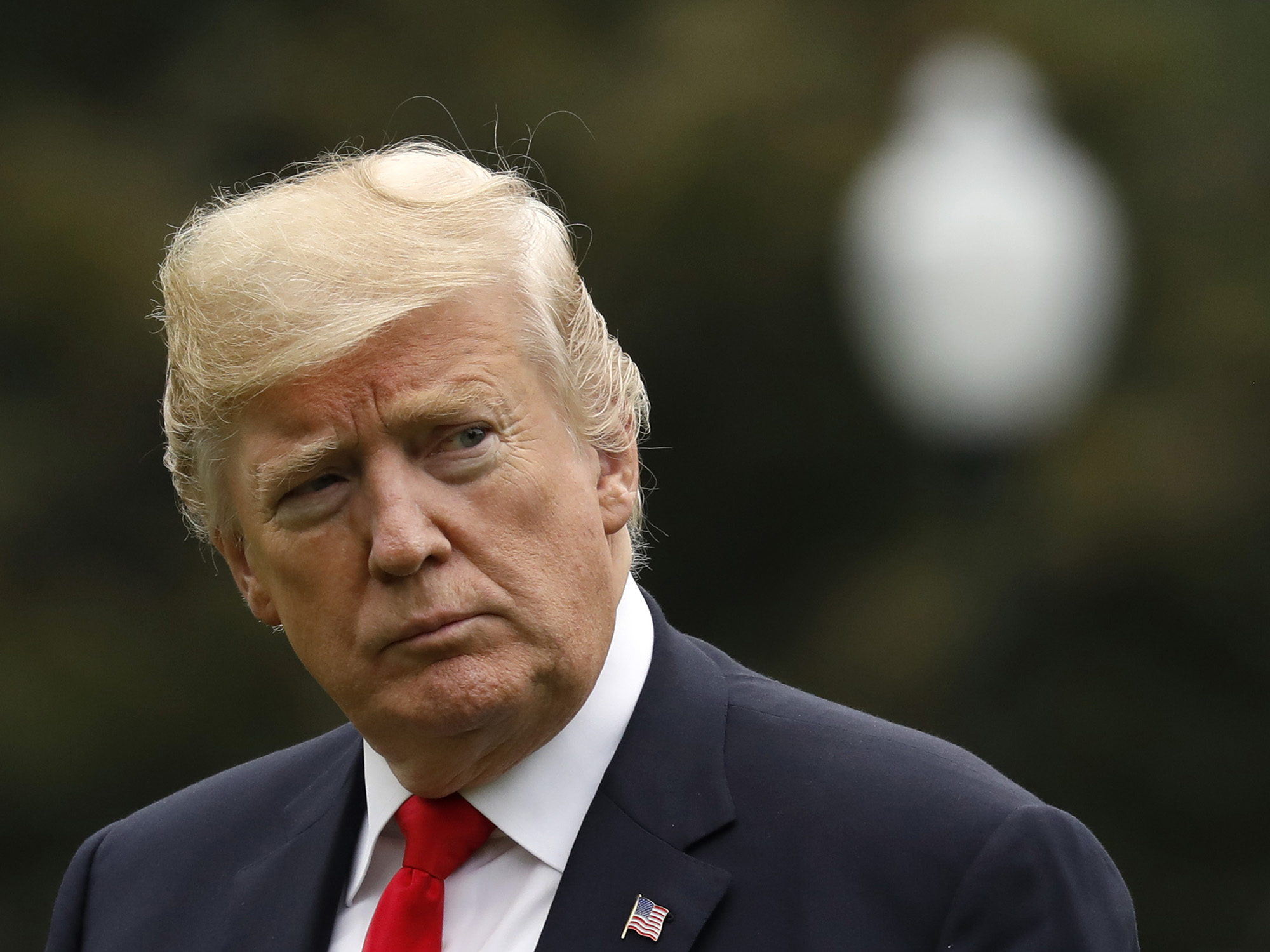 Deductions for haircuts, consulting fee write-offs, a family estate that is treated as a business property and an aggressive refund claim could open President Donald Trump to legal risks once he’s out of office.

An analysis published by the New York Times, based on more than two decades of Trump’s tax returns the news organization obtained show that Trump took aggressive tax positions and that the IRS is challenging a $72.9 million refund claimed a decade ago in an audit that has yet to be resolved.

If the Internal Revenue Service ultimately prevails, Trump could be liable for millions of dollars in penalties. He potentially could be subject to criminal prosecution if the IRS mounted a case that he knowingly violated the law, though that would be very difficult to do, according to tax professionals.

“Any taxpayer that would have these issues before the IRS should be rightfully concerned,” said Joseph Opich, a tax partner at law firm Paul Hastings. “The law places strict liability on the taxpayer. You are responsible for what goes on your return. There is no defense for ‘my accountant did it’.”

The revelations about Trump’s tax returns and finances unfolded just two days before the first debate between the president and Democratic nominee Joe Biden and 36 days before the election. Trump, who has struggled with persistently low public approval ratings throughout his presidency, trails Biden in every recent national poll.

Trump has called the New York Times reporting “fake news” but hasn’t offered a rebuttal on the substance. In a tweet Monday he said he was “entitled, like everyone else, to depreciation & tax credits.”

Tim Murtaugh, a spokesman for Trump’s re-election campaign, said in an interview on Fox News on Monday that “the president has paid tens of millions of dollars in taxes” and the Times story is “not accurate.”

Several things in the Times’ reporting would be “ripe for review” by the Internal Revenue Service, Robert McKenzie, a partner at law firm Saul Ewing Arnstein & Lehr LLP, said. Paying consulting fees to employees to generate business deductions, as Trump allegedly did with his daughter Ivanka Trump, is likely to run afoul of tax rules, he said.

Plus, he said the IRS is closely watching so-called conservation easement deals, like the one Trump did with his Seven Springs estate in Westchester County, New York. That generated a $21.1 million charitable tax deduction for Trump. The location also created other tax savings because Trump reportedly treated it an investment property for tax purposes while public statements on the Trump Organization website say it was used as a family retreat.

Trump may be able to turn to some case law to defend his $70,000 worth of write-offs for hair styling for his signature look, McKenzie said. A 1994 case, Hess v. Commissioner, found that an exotic dancer could write-off the cost of exceptionally large breast implants, typically a non-deductible personal cost, because they were helpful for her job but too big to be comfortable in everyday life.

“Trump, because he’s an entertainer, may survive that,” he said.

Civil penalties generally start around 20 percent for negligence, but can be as high as 75 percent of any underpayment, plus interest if civil fraud is involved.

Criminal penalties can be as high as $100,000 fines and up to five years of prison time. But criminal tax violations are harder for the government to prosecute because they require willful and knowing violations of the law

“For jail time, you’d have to show intent, that he deliberately defrauded the government,” Michael Sullivan, a former IRS auditor, said.” They’d need to have memos in the files or email showing that. The reality is I don’t know if you can show that.”

The U.S. Constitution is silent about whether a sitting president can face criminal charges, but the Department of Justice has a long-standing policy to not indict the Oval Office holder on the grounds that the individual would be unable to perform official duties.

The IRS can generally go back three years to investigate tax returns, but there are a number of exceptions to the typical federal three-year statute of limitations that could give the agency more leeway to investigate.

The IRS has six years to audit if the taxpayer leaves off more than 25 percent of their income from their tax return or they omitted at least $5,000 of foreign income. If the tax return is fraudulent or the taxpayer doesn’t report a gift of at least $100,000 from a foreigner, then the IRS has no time limit.

Because of the open audit for 2010 detailed in the Times reporting and because the $72.9 million refund that year was connected to tax losses and profits in several other years, it’s possible that the IRS could still audit all the years tied to the large refund. In all likelihood, it’s possible many of the issues are already under review by the IRS in the ongoing audit.

Trump has said he has been continuously under audit for years and that’s why he hasn’t followed the tradition of presidential candidates making their tax returns public. There is no prohibition on Trump releasing his tax forms while the IRS is still examining them.

Trump is also subject to an annual audit specifically designed for presidents and vice-presidents. Those audits are the center of the lawsuit between the House Ways and Means Committee and the Treasury Department.

House Ways and Means Committee Chairman Richard Neal, who is leading the lawsuit for the president’s tax documents and memos about the presidential audits, said the findings show the need for the courts to decide his case in his favor.

Senator Ron Wyden, the top Democrat on the Senate Finance Committee, said if his party wins a Senate majority in November, increasing funding for the IRS to crack down on wealthy tax cheats will be a top priority for him.

Separately, a New York prosecutor has been engaged in a lengthy legal battle to obtain Trump’s records, but the case is still being fought in an appeals court and is unlikely to be resolved until after the Nov. 3 presidential election.

Frank Agostino, founder and president of Agostino & Associates P.C., said the Times’s findings raise questions about the complexity of the Tax Code and the responsibility of tax preparers that will be discussed for years to come.

“If the Trump children can receive the family fortune without the payment of gift taxes, what does it say about personal responsibility?,” he said. “Does our voluntary compliance self-assessment system work for the very wealthy taxpayer looking to take advantage of every loophole available? Is there a patriotic duty to pay ‘your fair share?’”

— With assistance from Josh Wingrove