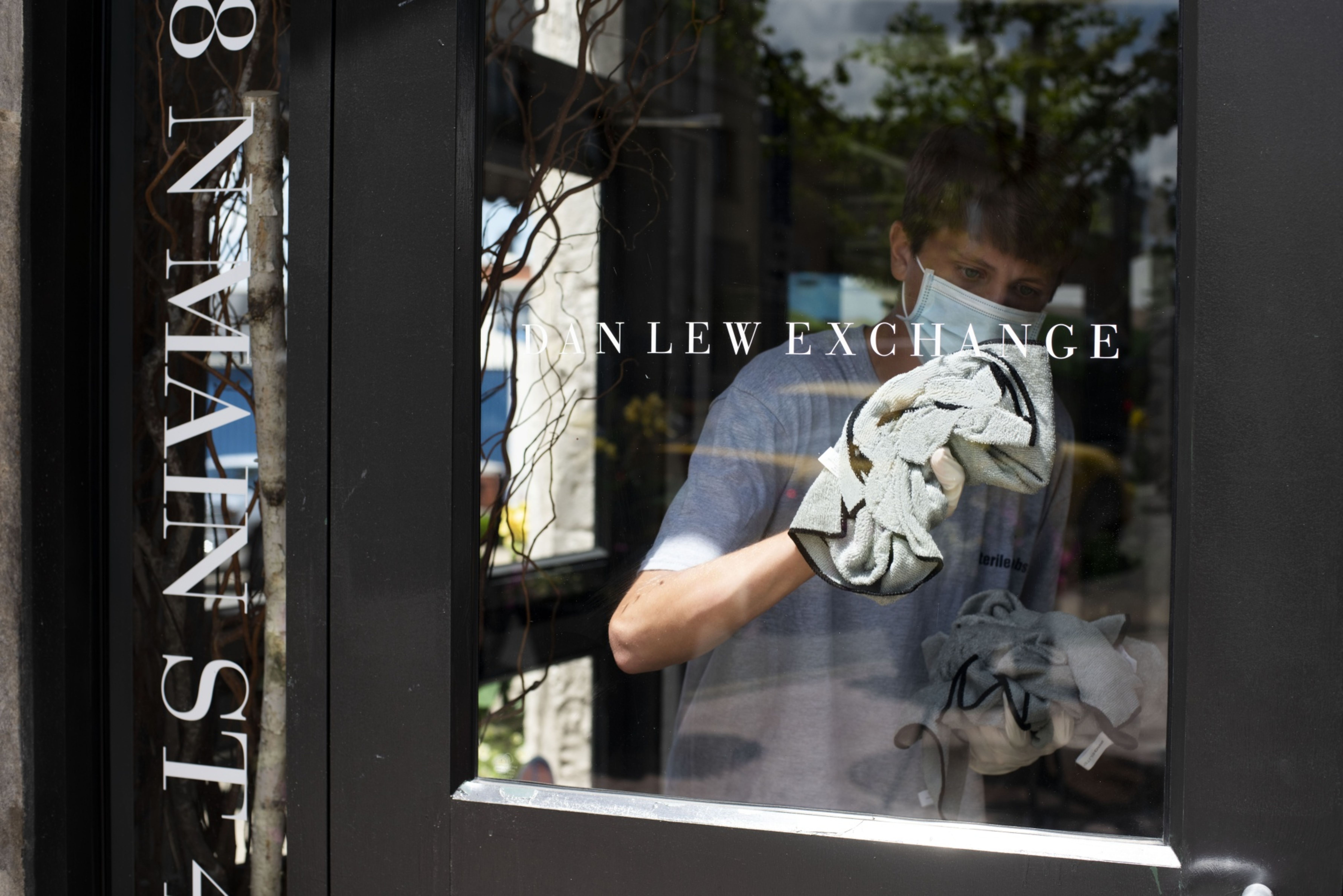 Millions of low-income Americans are locked into poverty thanks to U.S. tax policy, Federal Reserve Bank of Atlanta researchers say.

About a quarter of lower-income workers effectively face marginal tax rates of more than 70 percent when adjusted for the loss of government benefits, a study led by Atlanta Fed Research Director David Altig found. That means for every $1,000 gained in income, $700 goes to the government in taxes or reduced spending. In some cases, there are no gains at all.

Poorer families may rely on Medicaid insurance, welfare payments, food stamps, housing vouchers and tax credits that are based on family incomes. Small increases in wages can bring big losses of benefits, reinforcing a negative cycle in which workers aren’t rewarded if they improve their skills or pay.

“This is a perverse incentive that says you shouldn’t try to make yourself better,” said Atlanta Fed President Raphael Bostic, who is leading a virtual conference Thursday intending to focus attention on the problem. “They are not dumb. It’s on us to actually change those incentives so that people understand what the potential is and move forward towards opportunity.”

According to the U.S. Census Bureau, 34 million Americans lived below the poverty line last year.

The Atlanta Fed has developed online tools it calls “dashboards” that allow career centers across the U.S. to advise workers on how to increase their pay in ways that minimize or compensate for the loss of benefits. Career advisers can enter specific details — for example, a mother with three kids along with their various government programs — and suggest ways to make lasting pay gains.

The bank is in serious discussions with local partners in states throughout the Southeast, as well as New York, Connecticut, Colorado, Oklahoma and Wisconsin — sometimes in conjunction with the Richmond Fed and Kansas City Fed.

Broward College in Fort Lauderdale, Florida, has been one of the first to test a prototype of the tool. The school has 63,000 students, two-thirds of them Black or Hispanic, and about half lower income.

“We think about the student who inevitably may make the decision unfortunately not to move up the economic ladder simply because of the benefits they may lose,” Broward President Gregory Haile said. “These are the kind of challenges that perpetuate generational poverty. That is inevitably the challenge we are trying to address, and the cycle we are trying to break.”

The Federal Reserve doesn’t have all the tools to fix the problem, but it’s important to highlight the issue as part of its congressional mandate to reach maximum sustainable employment, Bostic told the virtual conference Thursday. He said the Fed has become more focused on ensuring an inclusive economy that works for all Americans.

“The Fed is not afraid or unaware of these issues but rather is going to be out front and providing a leadership voice in trying to make that progress,” he said. “I know that has not always been the case. We have in the last several years — since I have been involved in this institution — evolved in a pretty significant way.”

While the median low-income American family may have a marginal tax rate of about 45 percent, there’s a large dispersion of experiences, depending on age, family size, location and benefits. Some families face an exaggerated problem — 70 percent tax rates or occasionally much more. Just $1,000 in higher pay for a single mother in Oregon, in one example cited in Altig’s research, would result in a devastating loss of $15,000 in housing subsidies.

The researchers characterize this consequence as a marginal tax rate because it leads to the government extracting more money from low-income workers through higher taxes or reduced spending on benefits. The richest 1 percent also face a high median lifetime marginal tax rate of roughly 50 percent, but they don’t face the housing, food and medical hardships endured by the poor.

The online tool suggests training strategies in some cases. For example, a nursing student may find that the extra time to study to become a registered nurse is far more beneficial than a smaller step to be a licensed practical nurse.

Some communities are putting up money to help as well. The East Lake Initiative, a community development organization in the eastern side of Birmingham, Alabama, recently began offering subsidies for food, utilities and child-care assistance to help offset loss of benefits.

“Most families reach out during a time of crisis,” said Pam Bates, executive director of the program. “Our aim is to help them move from crisis to thriving.”

Atlanta Fed’s Altig says the goal is to get other policy makers to step forward with funds when they understand how perverse the incentives for the poor are.

The research started two years ago as part of the Atlanta Fed’s greater focus on economic inclusion and mobility, an emphasis Bostic, the first Black Fed president in the central bank’s 106-year history, has pushed since taking over as president in 2017. It’s especially relevant because the Southeast lags the nation in income.

“These are crazy hurdles some people are facing,” Altig said. “This is a significant impediment to our capacity to move people into better and higher-paying jobs.”

Will my Social Security be enough? How financial advisors can prepare clients for what’s coming in retirement
House Democrats blast IRS for revoking tax-exempt status of 28K charities
JPMorgan beats analysts’ profit estimates as the bank sets aside less for loan losses
Wall Street’s top analysts are betting on stocks like Apple and Snap this earnings season
Lawyer Pleads Guilty To Conspiring To Defraud The IRS And Stealing Crash Reports