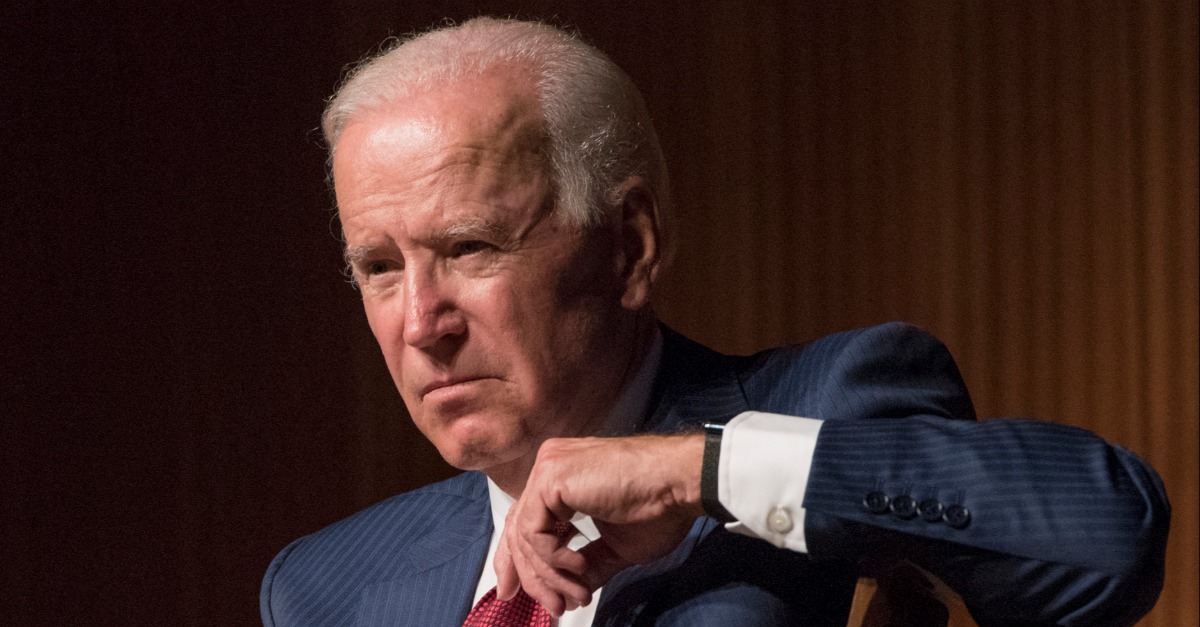 Last December, when Joe Biden released the details of his $3 trillion+ tax plan, The Washington Post reported that the presidential candidate rejected calls for a new “wealth” tax on millionaires and billionaires. That was then, this is now.

Biden may have rejected a Bernie Sanders-style wealth tax, but as the Tax Foundation’s updated analysis of Biden’s plan indicates, the Democratic nominee is proposing other ways of taxing wealth without explicitly labeling his policies a wealth tax. Instead of taxing wealth on an annual basis, as was advocated by Sen. Sanders (I-VT) and Sen. Elizabeth Warren (D-MA), Biden would tax wealth at death—by as much as 67 percent.

Biden is proposing two major tax increases on accumulated wealth. First, he would tax unrealized capital gains at death for taxpayers with incomes above $400,000. For a (deceased) taxpayer who earned more than $400,000 but less than $1 million, this would subject those unrealized gains to the current capital gains rate of 20 percent, plus the 3.8 percent Net Investment Income Tax (NIIT), for a total of 23.8 percent. This is before the assets might be subject to the estate tax (more on that below).

However, Biden also wants to tax the capital gains of millionaires at ordinary income tax rates, which would be levied at his proposed top marginal rate of 39.6 percent. Added to the NIIT, this would mean a total tax rate on capital gains of 43.4 percent. As the accompanying table illustrates, for an asset worth $100 million (all of which is a capital gain for the sake of simplicity), this would mean an immediate tax of $43.4 million at the time of death.

It appears that Biden does not believe these assets had been taxed enough because he is also proposing to turn back the clock on the estate tax to 2009, when the top rate was 45 percent (compared to 40 percent today), and the exemption level for single taxpayers was $3.5 million (as opposed to $11.58 million today).

As the table indicates, after the capital gains tax was paid at death, the value of the $100 million asset was reduced to $56.6 million for the purposes of the estate tax. After subtracting the $3.5 million exemption, Biden’s 45 percent tax rate is levied on the remaining $53.1 million in assets. This produces an estate tax bill of $23.9 million. 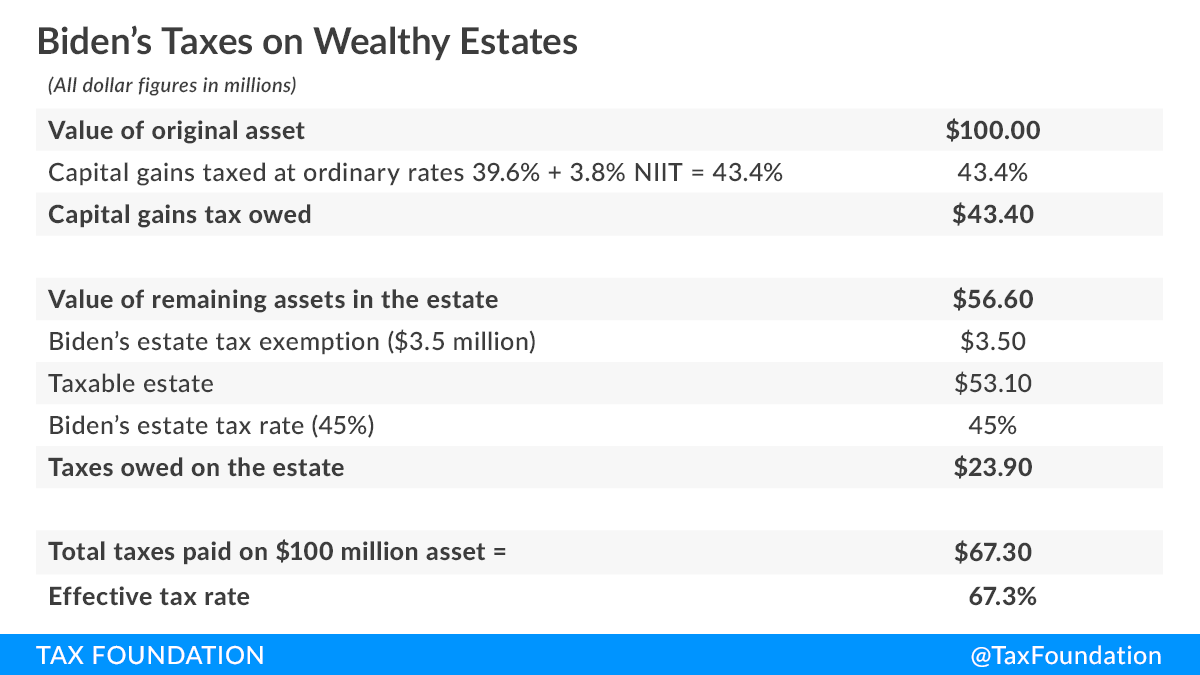 When we combine these two taxes, we get a total tax liability of $67.3 million on the original $100 million asset, for an effective tax rate of 67 percent. This is nearly twice the effective tax rate that this asset would face today under the existing estate tax rules.

However, the impact of the step-up’s repeal was mitigated somewhat for smaller estates by a provision that exempted “$1.3 million of an estate’s increased value from the capital gains tax and $3 million for transfers to a spouse.” Even though some heirs did pay higher capital gains taxes on the assets they inherited in 2010, Congress has historically understood that it was bad policy to levy a capital gains tax and estate tax on the same assets.

Of course, most economists agree that both the estate tax and capital gains taxes already amount to a second or third layer of tax on the same income. In the case of corporate stocks, capital gains (and dividends) are second layers of tax on corporate profits that were already taxed by the corporate income tax. Estate taxes are levied on assets that were purchased with after-tax income and those assets that may already have been taxed, as might be the case with stocks or corporate bonds.

We estimate that Biden’s estate tax proposal would raise more than $280 billion over the next decade and reduce the size of the economy by 0.15 percent. While this might seem a small impact on economic growth, it is outsized compared to the amount of revenue raised and the number of estates affected. Indeed, in a $30 trillion economy, for example, 0.15 percent amounts to $46 billion in reduced economic activity, nearly double what Biden’s estate tax plan is expected to collect annually.

The fact that the estate tax inflicts more harm to the economy than the amount of revenues it raises for the government is yet another reason it should be repealed, not rolled back to 2009 law.

Citadel’s Ken Griffin defends controversial Wall Street practice, says firm would adapt if it were outlawed
Taking Another Look At The Hazards Of Filing Form 1099
The price of gas is climbing higher. Here’s how you can save at the pump
GameStop shares soar more than 100% amid executive shuffle
One More Step Toward Approval of Pandemic Relief