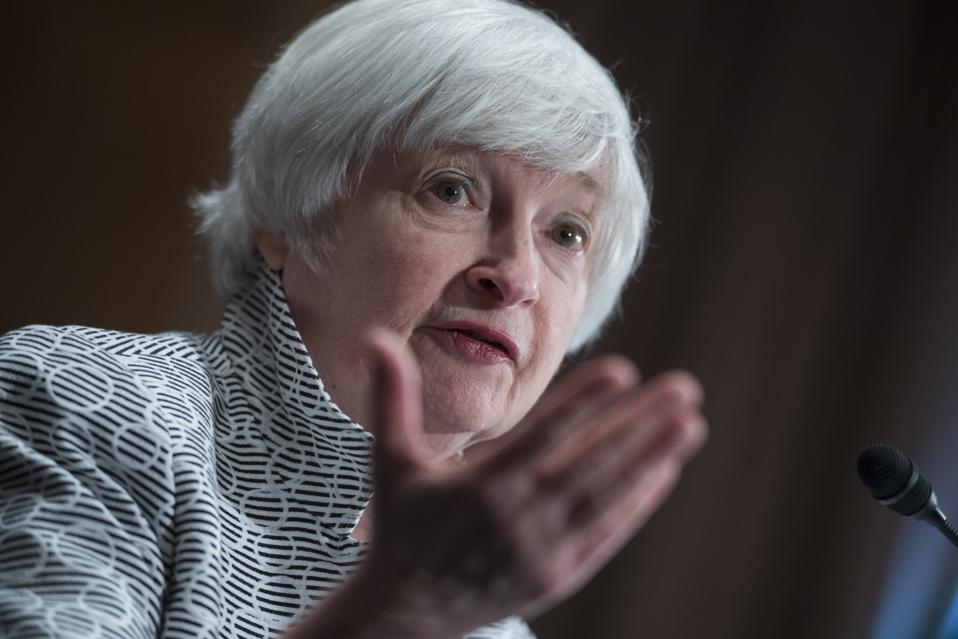 Wall Street reacted positively to President-elect Joe Biden’s nomination of Janet Yellen for Treasury secretary. The Dow Jones Industrial Average hit a record high of more than 30,000 points, and the S&P 500 came close to one.

But Yellen’s abundance of experience — particularly as head of the Federal Reserve during the previous recession recovery — isn’t just a plus for business and financial markets. State and local governments have reason to be optimistic as well.

Yellen and the Biden administration are expected to support the idea of aid for state and local governments, which are dealing with billions of dollars in lost revenue from the Covid-19 recession. Tom Kozlik, head of municipal strategy & credit at Hilltop Securities, says he expects Yellen to be “a very active Treasury secretary and leader in Washington,” similar to former Secretary Hank Paulson, who helped shepherd reform legislation during the 2008 financial crisis.

But with the possibility of a divided Congress, what exactly will that push for aid look like? If Republicans retain control of the U.S. Senate, it’s extremely unlikely the House Democrats will get the full host of aid they wanted, which included $375 billion in direct aid to state and local governments.

The Official Monetary and Financial Institutions Forum’s Mark Sobel says, “Yellen will help negotiate and provide intellectual backing, making the case that now is the time to spend.” And, he adds, “with low debt service costs, America should not fret in the near-term about rising debt.”

But other than being part of a more favorable administration for state and local budget aid during a recession, Yellen can have a more direct impact. This month, current Secretary Steven Mnuchin unexpectedly announced he was ending a Federal Reserve emergency lending program for state and local governments.

Sobel notes that, after “Mnuchin’s uncooperative action unwinding Treasury’s existing support” for Fed facilities (including several emergency lending programs), Yellen is likely to take the opposite tack and work in partnership with the Fed.

Although the state and local emergency loan programs have not yet been used widely by governments, that’s largely because the stimulus passed earlier this year by Congress has helped their budgets to some extent. But aid from the CARES Act will end on Dec. 30. So, the existence of a loan program is a kind of insurance that help will be there when it’s needed.

You can switch your Medicare Advantage Plan if you want to. Here’s what to consider before you lock in your choice
Ask Larry: Will Social Security Properly Include My 2020 Earnings?
Biden’s Tax Agenda May Be Constrained
How Concerned Should We Be About Deficits?
A top Democrat backs $600 unemployment boost. Studies show increase didn’t discourage people from working