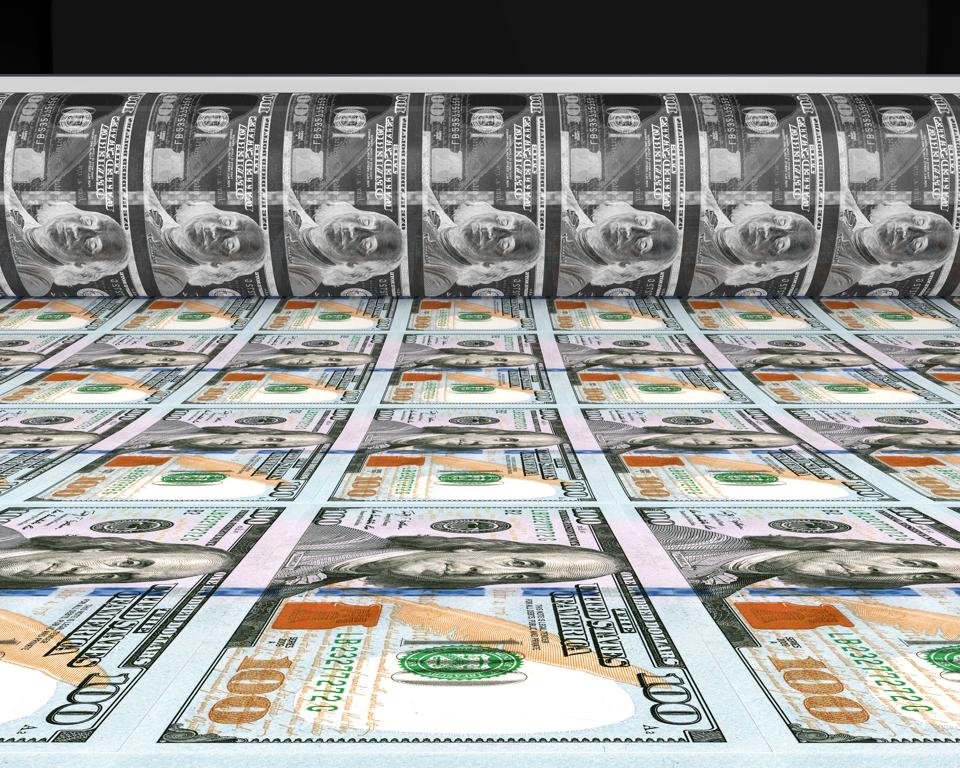 When President-elect Biden begins rolling out his ambitious recovery agenda on Thursday, economists and policymakers will debate to what extent it should be constrained by the $21.6 trillion national debt he inherits from Donald Trump. Self-proclaimed “fiscal conservatives” want the federal government to pursue deep spending cuts after running an unprecedented $3.1 trillion budget deficit in 2020, which has left the government owing more money than our economy produces annually for the first time since World War 2. But many progressives are urging Biden to spend trillions more to bolster the post-covid economy, arguing that deficits are inconsequential in an era of low interest rates and inflation.

Going all-in on either approach could be catastrophic for the American economy if the advocates of doing so turn out to be wrong about the ramifications. The best course for Biden, therefore, is to balance the risks on both sides by prioritizing critical public investments today while preserving fiscal flexibility to operate in any macroeconomic environment tomorrow.

The deficit debate played a major role in shaping the covid relief bill that passed at the end of last year, which was delayed and scaled back several times to conform with Republican demands that it not cost more than $1 trillion. Republicans such as Sen. Ron Johnson argued that adding to the deficit today would “mortgage our children’s future” by saddling them with higher debt service costs and lower economic growth. But failure to adequately support businesses and families in the middle of a national crisis could also be incredibly costly, subjecting millions of workers to unnecessarily long spells of unemployment that reduce their earning potential for years to come. Servicing our debt becomes more difficult with a diminished revenue base and greater need for social safety-net spending to support the disadvantaged, even if fiscal restraint makes the debt itself nominally smaller than it otherwise would have been.

We’ve unfortunately been down this road before. Many of the same conservatives demanding restraint today offered similar warnings following the 2008 financial crisis, forcing painful austerity measures that prematurely cut off stimulus spending while unemployment was above 8 percent without addressing the long-term structural drivers of our debt. Despite this failure, their dire warnings of skyrocketing inflation and interest costs never came to pass: inflation only hit the Federal Reserve’s 2 percent target in one of the last 12 years and real interest rates remained lower over the past decade than they did at any other time in modern history. The national unemployment rate, however, remained above pre-recession levels until 2017 (at which point hypocritical Republicans had no qualms about indulging President Trump with tax cuts that led to trillion-dollar deficits well before the pandemic).

These experiences suggest that when inflation and interest rates are low, policymakers should err on the side of spending aggressively in the short term to boost the economy. Just before the pandemic, we saw the tightest labor market since the 1990s translate into increased economic opportunity and higher wages for disadvantaged groups, including people of color and workers with disabilities, who had not seen such prosperity in decades. Our nation also faces other long-term challenges, such as runaway climate change and deficient infrastructure, that threaten economic prospects for young Americans and future generations. It does not make sense to undermine our economic recovery or shortchange public investments that could mitigate long-term threats already doing us harm because we fear the prospect of another long-term threat that is not currently doing so.

But some on the left, particularly adherents of Modern Monetary Theory, have taken this position to an extreme. They have argued that there is no reason to think about controlling deficits until after significant inflation materializes because otherwise the government can just print more money to finance its debt. The main problem with this cavalier approach is that the federal budget’s composition is such that it cannot turn on a dime. In 2019, more than two thirds of non-interest spending went to “mandatory spending programs,” such as Social Security and Medicare, that operate based on formulas enacted long ago by previous Congresses. As our population ages, the growth of health-care and retirement spending will drive the share of the federal budget pre-committed to mandatory programs even higher.

Borrowing to finance these programs further increases fixed costs because annual interest payments are a function of previously accumulated debt and market-influenced interest rates. If policymakers don’t find a way to pay for or curtail mandatory spending, the Congressional Budget Office currently projects that interest payments will surpass Social Security as the single largest line-item in the federal budget within the next 25 years. Perhaps interest rates will be lower in the future than CBO projects, as has been the case in recent years. But the opposite could also occur: CBO’s interest rate projections are significantly below the historical average, and even a small increase in borrowing costs would put tremendous pressure on the federal budget if the outstanding debt we’re servicing is substantially larger than our economy.

CBO’s current projections show the combination of mandatory programs and interest payments on track to comprise over 80 percent of federal spending by 2050. What happens if we continue racking up debt on this trajectory for another 10 or 20 years and then have to confront a sudden bout of rising inflation and/or borrowing costs that proponents of unchecked deficit spending didn’t anticipate? That would leave future policymakers with three horrible options:

In other words, allowing our structural deficits to go unchecked would put future policymakers in a catastrophic no-win scenario if the advocates of doing so turn out to be wrong about the consequences.

So what’s the right way to balance the risks of being too tightfisted with those of being too loose? For now, policymakers should have no hesitation about spending whatever is necessary to support businesses and families who have been harmed by the pandemic recession. They should also be comfortable making well-targeted investments in areas such as scientific research and infrastructure modernization that will strengthen the foundation of our economy for future generations. When the cost of borrowing is equal to or below the rate of inflation, as it is today, there is no reason not to finance long-term investments with future revenues paid by those who will benefit.

But borrowing at low or negative real interest rates does not make spending free; it only means that paying for it later is no more expensive than paying for it today. During economic expansions, programs that finance consumption by the current generation should be fully paid-for by the current generation and well-designed to minimize wasteful inefficiencies. It is also essential that policymakers begin making reforms to bring dedicated revenues in line with promised spending in health-care and retirement programs. Both Social Security and Medicare face the prospect of insolvency within the next decade, which would result in across-the-board benefit cuts under current law if no action is taken. Shoring up these programs will ensure our future promises are sustainable and allow people to plan their lives without fear of unexpected benefit cuts or burdening the next generation if macroeconomic circumstances change.

America needs a dynamic fiscal policy that enables our economy to run at maximum capacity without risking the nation’s future prosperity. Bringing structural tax and spending policies that cannot be easily changed into balance would lay the foundation for such an approach. Policymakers should build on that foundation by setting a reasonable threshold for inflation and/or interest rates to trigger a shift from borrowing to deficit reduction, and vice-versa, when economic circumstances warrant it. Having these safeguards in place would encourage policymakers to spend aggressively on public investment until our economy meets the established criteria for flipping the fiscal switch. Under this framework, long-term tax and spending policies could be reliably sustained indefinitely, while flexible spending on public investments and other targeted stimulus added on top would bring deficits to the optimal level as determined by macroeconomic factors.